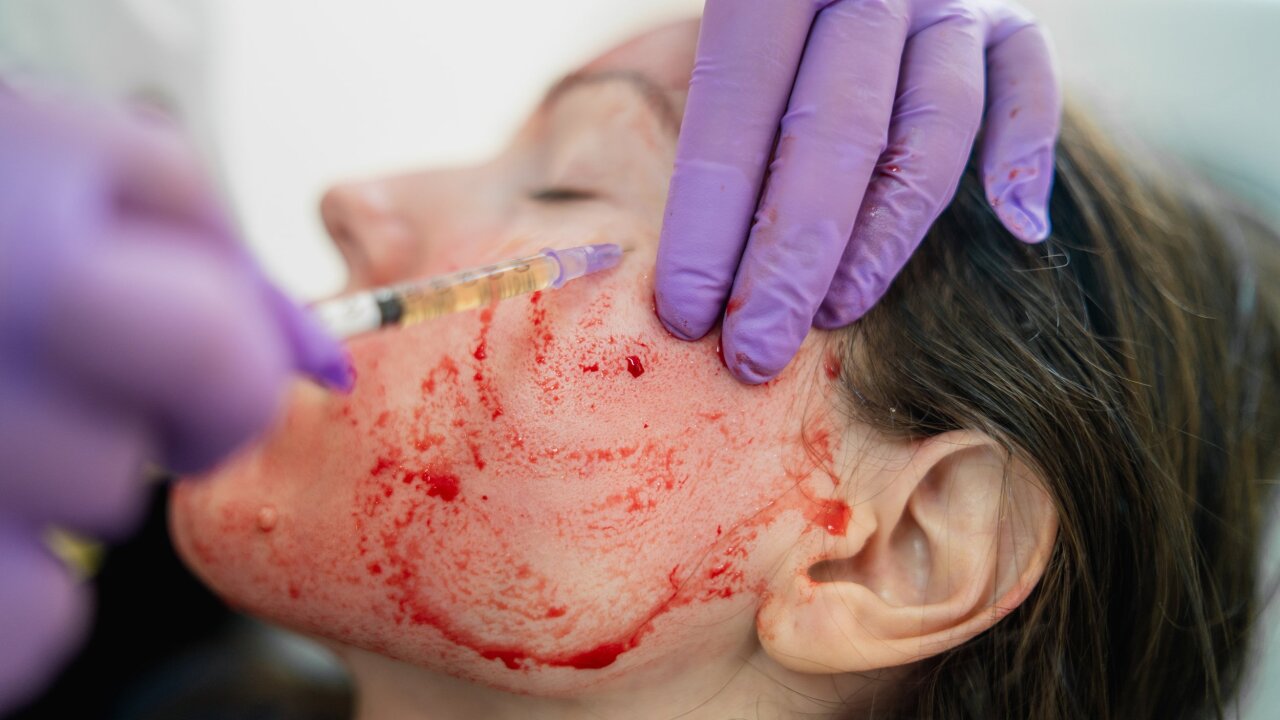 New Mexico health officials are now investigating two cases of HIV among clients who received injection-related procedures, such as “vampire facials,” at an Albuquerque spa. The spa previously was found to have unsafe practices.

ALBUQUERQUE – Health officials are investigating two cases of human immunodeficiency virus, or HIV, among clients who received injection-related procedures, including “vampire facials,” at an Albuquerque spa.

The New Mexico Department of Health announced on Monday that laboratory tests indicated that the two clients were infected with the same virus, increasing the likelihood that the infections may have resulted from a procedure at the spa.

Now the health department is offering free and confidential testing for HIV, hepatitis B and hepatitis C for any clients who received injection-related procedures at VIP Spa in Albuquerque, New Mexico, between May and September 2018.

“While over 100 VIP Spa clients have already been tested, NMDOH is reaching out to ensure that testing and counseling services are available for individuals who received injection related services at the VIP Spa,” Kathy Kunkel, New Mexico Department of Health’s cabinet secretary, said in a written statement on Monday.

“Testing is important for everyone as there are effective treatments for HIV and many hepatitis infections,” she said. Free testing services are being provided at South Valley Health Commons and Casa de Salud Family Medical Office, both in Albuquerque, according to the department.

The VIP Spa closed in September last year after an inspection by the New Mexico Department of Health and the New Mexico Regulation and Licensing Department, Barbers and Cosmetologists Board found unsafe practices that could have spread blood-borne infections, such as HIV, to clients.

At that time last year, a representative of the spa declined to comment, and CNN attempted to contact a lawyer for the spa.

A vampire facial, also known as a plasma-rich protein facial, involves injecting nutrient-rich plasma into the skin on your face using a tool called a micro-needling pen. That plasma typically comes from your own blood.

When done safely and properly, a vampire facial should not expose clients to any such blood-borne infections and is promoted to rejuvinate the face so the skin looks younger, experts say.

Yet if the micro-needling pen or any other equipment is not properly disposed of or sterilized between facials, that could expose patients to potential blood-borne infections, as what was seen in New Mexico, Dr. Ehsan Ali, a board-certified internal medicine physician known as the Beverly Hills Concierge Doctor, said last year. Ali was not involved in the New Mexico cases.

Infections could occur if micro-needling tips or syringes were reused, or if another patient’s blood was used to perform the facial, for instance.

Ali advised patients interested in vampire facials make sure they see practitioners opening new syringes to draw blood, as well as changing the micro-needling pen before performing the procedure.

“Just make sure you’re seeing everything being done in front you,” he said. “Make sure that the place is using new equipment, changing the tips and needles.”

The New Mexico Department of Health noted on Monday that anyone “desiring cosmetic services involving needle injections should verify the services are being provided by a licensed medical provider.”