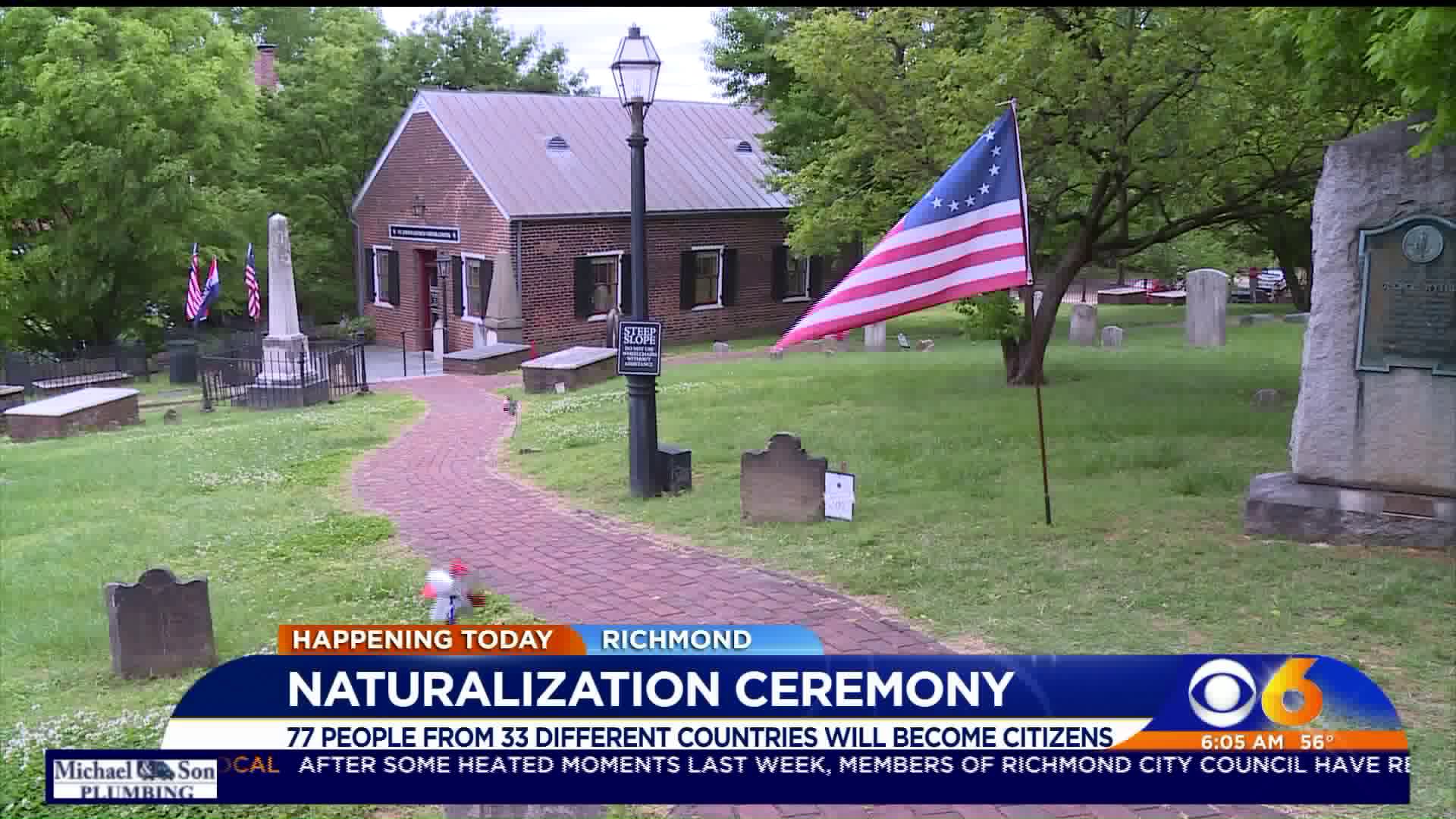 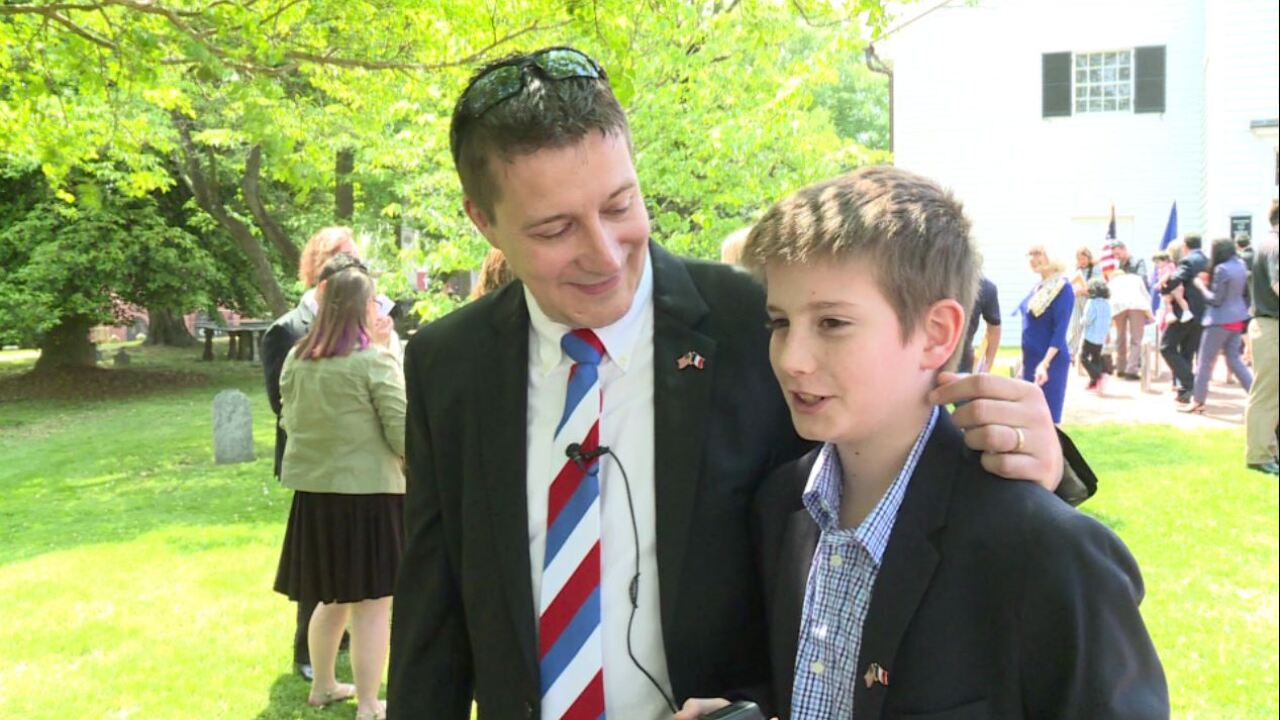 Many of the newly-naturalized citizens have waited years, studied months, and passed interviews and tests before taking the citizenship oath.

Juan, who who has lived in the United States for eight years with his family, said the highlight of the ceremony was when he was handed the citizenship certificate.

Arnaud Juan and his son

The 70-plus people who took part in Tuesday's naturalization ceremony hailed from 33 different countries.

A Patrick Henry reenactor performed the Virginia statesman's famous "Liberty or Death" speech at the church where those words were first spoken on March 23, 1775.

"This is part history," Daughters of American Revolution spokesperson said. "We want to welcome them into our country and tell them how wonderful it is and give them part of the American history."

This is the third year the Daughters of American Revolution co-sponsored the event at St. John's Church.

"It makes me very proud to be an American and to share this wonderful, historic site, this location, the history that we have here with our new citizens," St. John’s Church Foundation Executive Director Sarah Whiting said. "It's a great way to re-confirm your faith in being an American citizen. It's just wonderful."