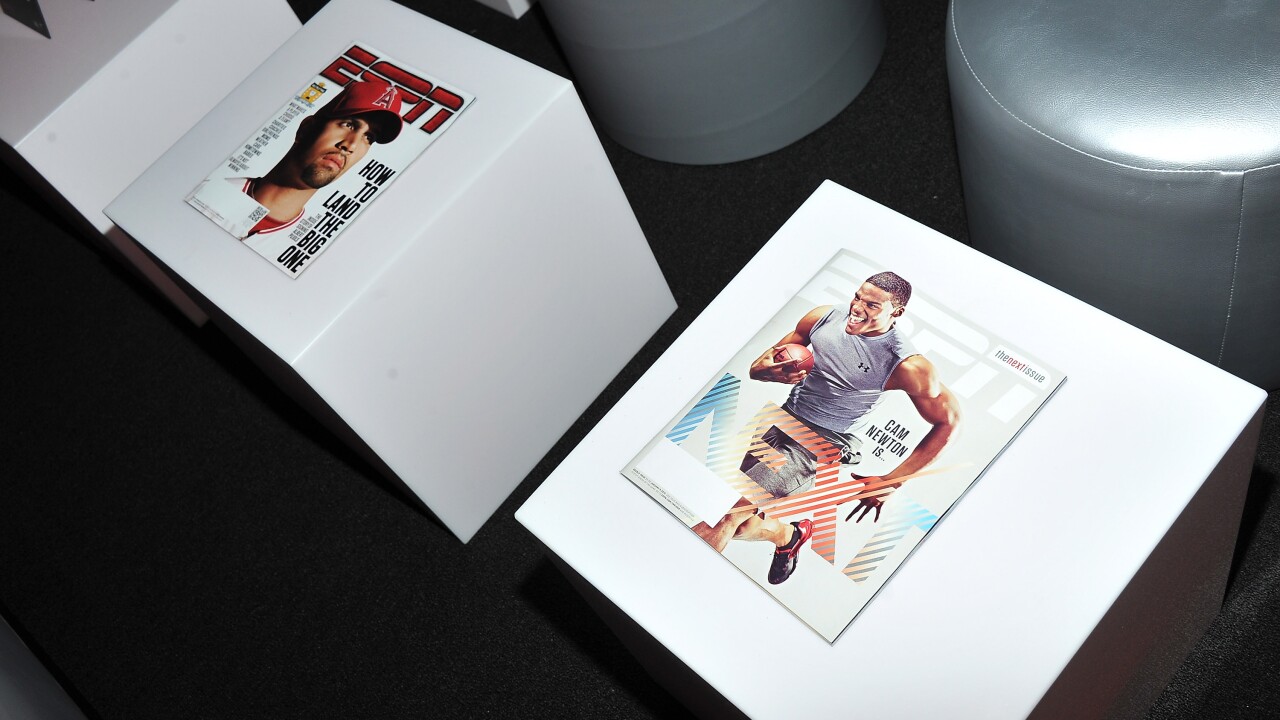 INDIANAPOLIS, IN – FEBRUARY 03: A general view of atmosphere during ESPN The Magazine’s “NEXT” Event on February 3, 2012 in Indianapolis, Indiana. (Photo by Theo Wargo/Getty Images for ESPN)

INDIANAPOLIS, IN – FEBRUARY 03: A general view of atmosphere during ESPN The Magazine’s “NEXT” Event on February 3, 2012 in Indianapolis, Indiana. (Photo by Theo Wargo/Getty Images for ESPN)

Citing rapid evolution in consumer habits, ESPN said Tuesday it will cease publishing its magazine — for the most part — in September and instead publish the content online only.

The last regular printing will be the “Body” issue, ESPN said in a statement.

“Our journalists will continue to create the same exceptional content,” the statement said. “The only change here is that we are moving away from printing it on paper and sending it in the mail.”

The sports media giant said many of its users already consume its print journalism online. The “Body” issue and others might be released “in special, differentiated print formats” in the future, ESPN said.

“Consumer habits are evolving rapidly, and this requires ESPN to evolve as well,” it said.

According to a December report from The Association of Magazine Media, ESPN The Magazine ranked No. 1 in total audience (print and online), though it was 7.4% lower than the previous December.

It ranked No. 1 among magazines in web and mobile web audiences and was top-ranked in video.

ESPN The Magazine was launched in 1998.