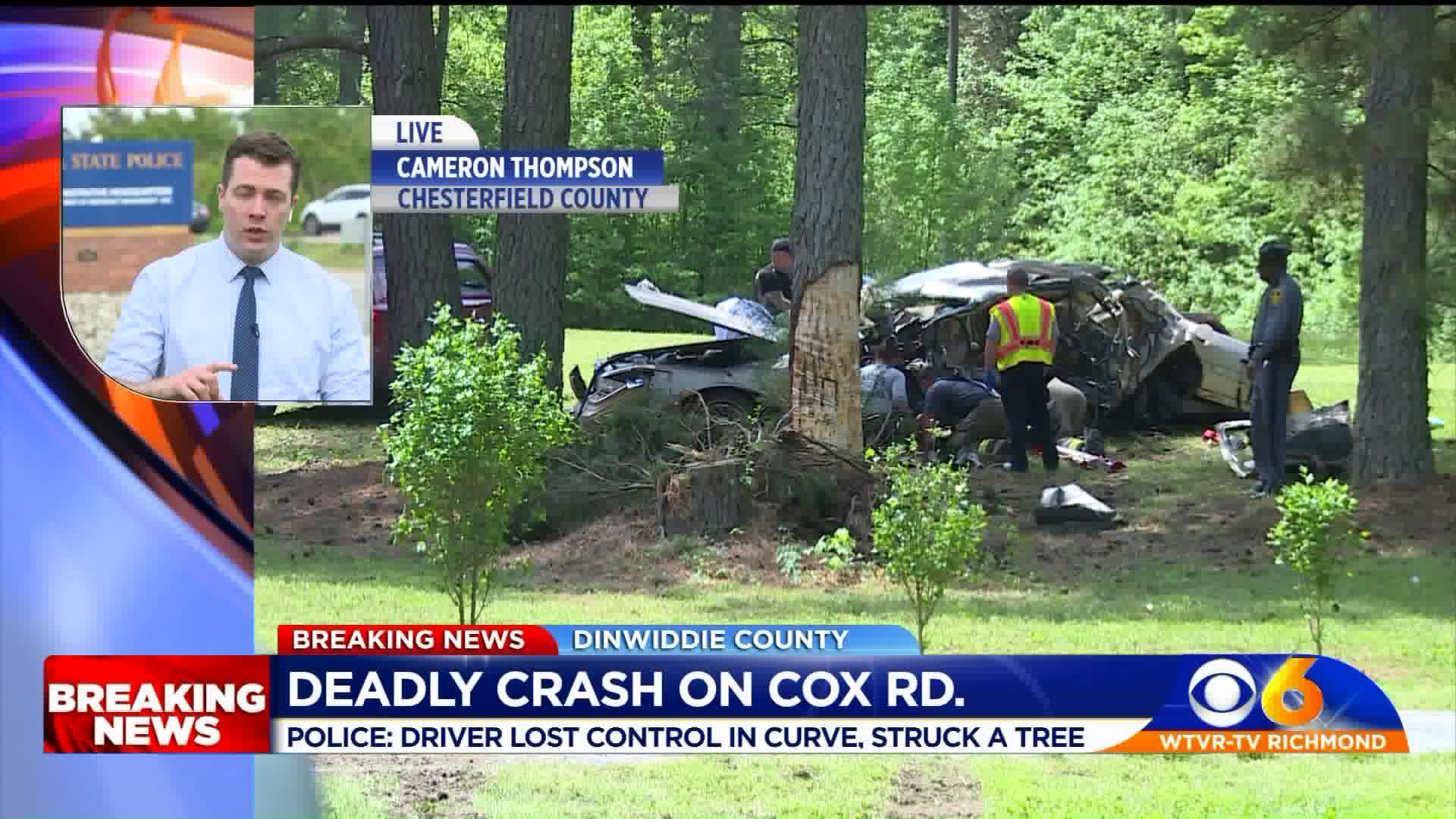 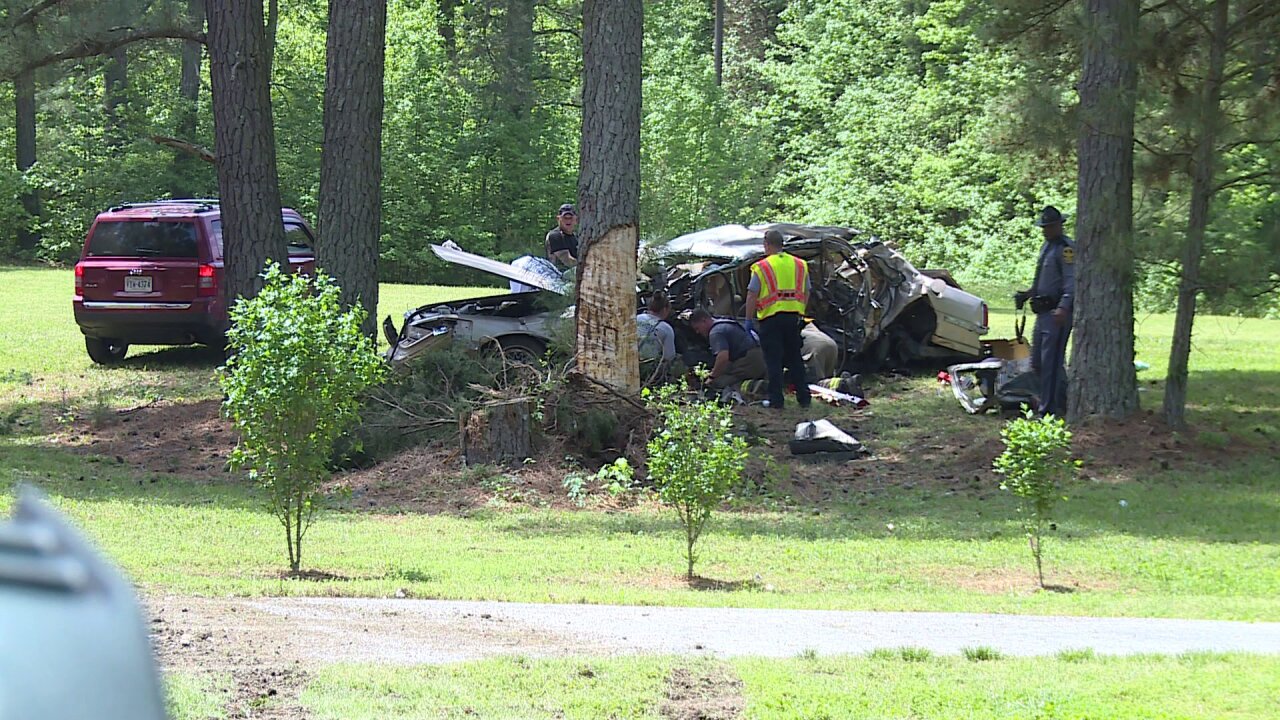 DINWIDDIE COUNTY, Va. – Speed is being considered as a factor in a fatal single-vehicle crash Tuesday afternoon in Dinwiddie County.

Virginia State Police responded to a crash with a confirmed fatality in the 14600 block of Cox Road (Route 751) at approximately 12:59 p.m.

“The trooper's preliminary investigation reveals that a Lincoln 4-door sedan, driven by an adult male, was traveling westbound on Route 751 when he lost control of the vehicle as he entered a curve, going off road right, and striking a tree,” said a state police spokesperson.

The male driver, who was the single occupant, was pronounced dead on the scene.

The name of the victim has not been released, pending notification of next of kin.

The driver was not wearing his seat belt and speed is being considered a factor into the cause of the crash, according to police.