Could hemp join tobacco as big cash crop in Virginia? 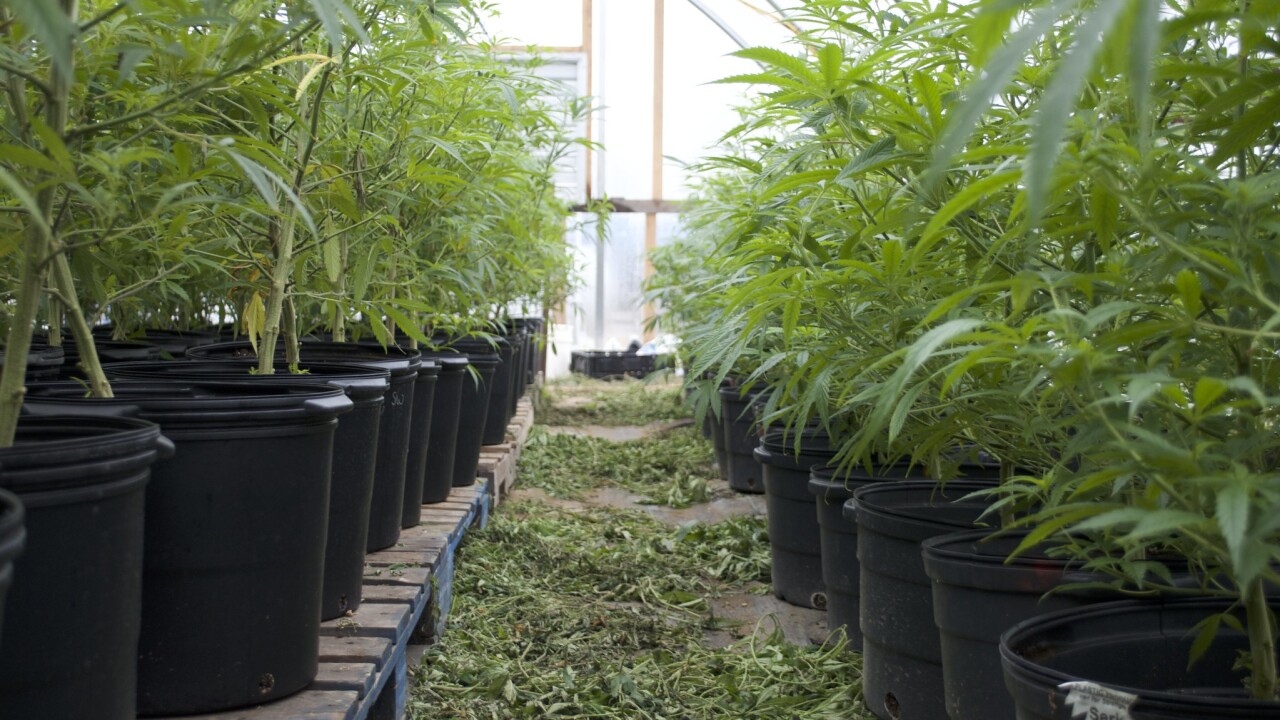 JARRATT, Va. — At first glance, it looks like a stoner’s paradise: acres of plants that resemble marijuana. But this crop is hemp, a relative of cannabis that has commercial uses ranging from textiles and animal feed to health products.

Officials at the Southern Virginia Hemp Co., as well as other farmers and processors of the plant, say hemp could be a big boost to the state’s agricultural sector as demand for tobacco wanes. And it just got much easier to grow hemp in the commonwealth.

Lawmakers have amended the state’s hemp laws to match the rules in the 2018 federal farm bill passed by Congress. Virginia farmers can now grow hemp for producing cannabidiol, or CBD, a naturally occurring chemical that some say has mental and physical health benefits.

CBD products have become popular over the past few years, with some industry analysts predicting the CBD industry will be worth $22 billion by 2022. Until now, only researchers at Virginia universities could grow hemp for making CBD.

The Virginia Department of Agriculture and Consumer Services has seen a surge in grower and processor applications since Congress passed the farm bill in December. The agency expects the number of applicants to increase even more now that Virginia has amended its hemp laws to match the federal laws.

“VDACS was not issuing registrations to processor applicants who indicated that their sole goal was to sell a hemp-derived CBD to the public,” said Erin Williams, a spokesperson for the agency. “With the 2019 amendment, I think it will clear up the gray area.”

As of Tuesday, the department had issued 629 grower registrations and 92 processor registrations. So far, Virginia hemp growers are planning to cultivate over 2,000 acres of hemp this year.

In Southside Virginia, where tobacco growers have been hit hard by declining sales and tariffs on their products, farmers are increasingly turning to hemp as a potential cash crop that can be grown in addition to tobacco. Southside Virginia has more registered hemp growers than any other region in the state.

“There’s significant interest in Southside Virginia, particularly among tobacco growers who are looking to add a crop to what they’re doing,” Williams said.

For years, several other states have allowed farmers to grow hemp for the manufacture of CBD products. But Virginia farmers were barred from doing so until lawmakers approved House Bill 1839 in February.

Gov. Ralph Northam signed the bill into law on March 21. Thanks to an emergency clause, it took effect immediately.

The legislation comes on the heels of the 2018 federal farm bill, which established a regulatory framework for the commercial production of hemp. HB 1839 conforms Virginia’s hemp laws to match the provisions of the federal bill.

The Southern Virginia Hemp Co., a farm in the town of Jarratt straddling Greenville and Sussex counties, is expanding its operations to meet the demand for CBD products. The company plans to grow between 75 and 150 acres of hemp this year and aims to hire 40 additional employees to work on the farm this summer.

Wayne Grizzard, owner of the Southern Virginia Hemp Co. and Virginia Homegrown Botanicals, said the new laws could have a positive impact for farmers across the commonwealth, especially for tobacco farmers who have been hit hard by tobacco tariffs levied against the United States by China.

“One of my partner’s farms was for tobacco. He lost all three contracts this year because of the tariffs,” Grizzard said. “Some of the farmers have been forced to grow hemp because they don’t have anything to replace it.”

Since colonial times, Virginia farmers — even George Washington — have planted hemp, using the fiber to make rope and other goods. Historian estimate that by the mid-18th century, Virginia had 12,000 acres cultivated for hemp. Marijuana and hemp were both banned in the 1930s under the Marihuana Tax Act, however. (And yes, that is how the law spelled marijuana.)

Now, Grizzard, once a vegetable farmer, has converted his entire farm to hemp.

“When we first started growing, everybody kind of turned their nose up because it’s cannabis,” Grizzard said. “Once they started realizing that everybody’s getting into it and there’s money involved, they started singing a different tune.”

Until now, Virginia’s hemp industry has failed to keep pace with neighboring Kentucky and North Carolina. Both states have been eyeing hemp as an economic driver for several years.

In 2019, the Kentucky Department of Agriculture approved 1,035 applications to cultivate up to 42,086 acres of industrial hemp, as well as 2.9 million square feet of greenhouse space for hemp cultivation.

“As long we’re there to fight, battle and voice our opinions as farmers and business owners, we need to stick together and figure out what we need,” he said.

Grizzard and other farmers are concerned about regulations that could stifle their production and overall business model.

“They could come up with some crazy laws that go against everything we’re doing,” he said. “You never know — there’s always that chance.”

One of the Southern Virginia Hemp Co.’s most popular products is hemp extract oil — cannabidiol. CBD by itself does not cause a “high,” but it has gained popularity as a treatment for a wide range of ailments.

According to Peter Grinspoon, contributing editor of Harvard Health Publishing, CBD has been used to treat chronic pain as well as some diseases that more familiar medicines have failed to help or significantly alleviate.

“CBD has been touted for a wide variety of health issues, but the strongest scientific evidence is for its effectiveness in treating some of the cruelest childhood epilepsy syndromes, such as Dravet syndrome and Lennox-Gastaut syndrome,” Grinspoon wrote in a blog post last year.

“CBD is commonly used to address anxiety, and for patients who suffer through the misery of insomnia, studies suggest that CBD may help with both falling asleep and staying asleep.”

As Grinspoon notes, a lot of the support for CBD comes from testimonials and anecdotal evidence. There has been a lack of formal medical research because CBD supplements are not approved by the federal Food and Drug Administration.

CDB is the second most active ingredient in cannabis after tetrahydrocannabinol, or THC, the principal psychoactive constituent. Hemp also contains a small amount of THC — but not enough to produce a “high.”

Marketing CBD could just be scratching the surface in regard to medicinal components of the hemp plant.

Now that derivatives of hemp are legal, other cannabinoids besides CBD can be extracted from the plant as long they remain below the 0.3% THC threshold, Grizzard said. These other chemical extracts include cannabigerol, cannabinol and cannabichromene.

“Every single plant we grow has a different profile. They all have different cannabinoids in them,” Grizzard said.

“Some of them are higher in CBD; some have high CBG, CBN, CBC. There are a lot of different chemicals in that plant. There’s a lot of unknown of what these chemicals do for people.”

The Southern Virginia Hemp Co. hopes to find whether different cannabinoids help with specific ailments. Whether a flash in the pan or the sign of a new wave of medicine, CBD and hemp products have gained popularity over the past couple of years.

“It’s the doctors, the pharmacists, the physical therapists — they’re giving recommendations to people to take this stuff,” Grizzard said. “It’s not me.”