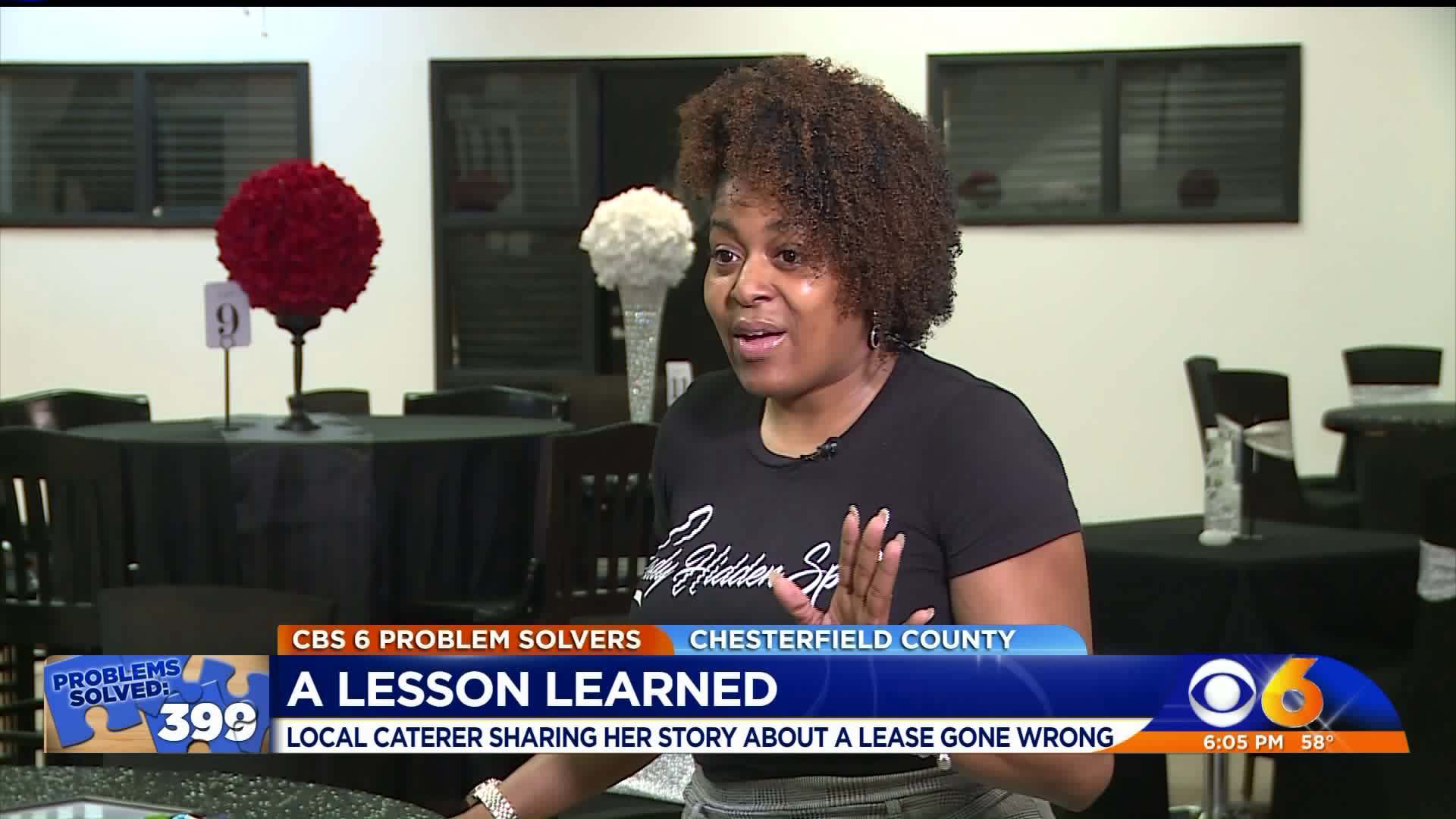 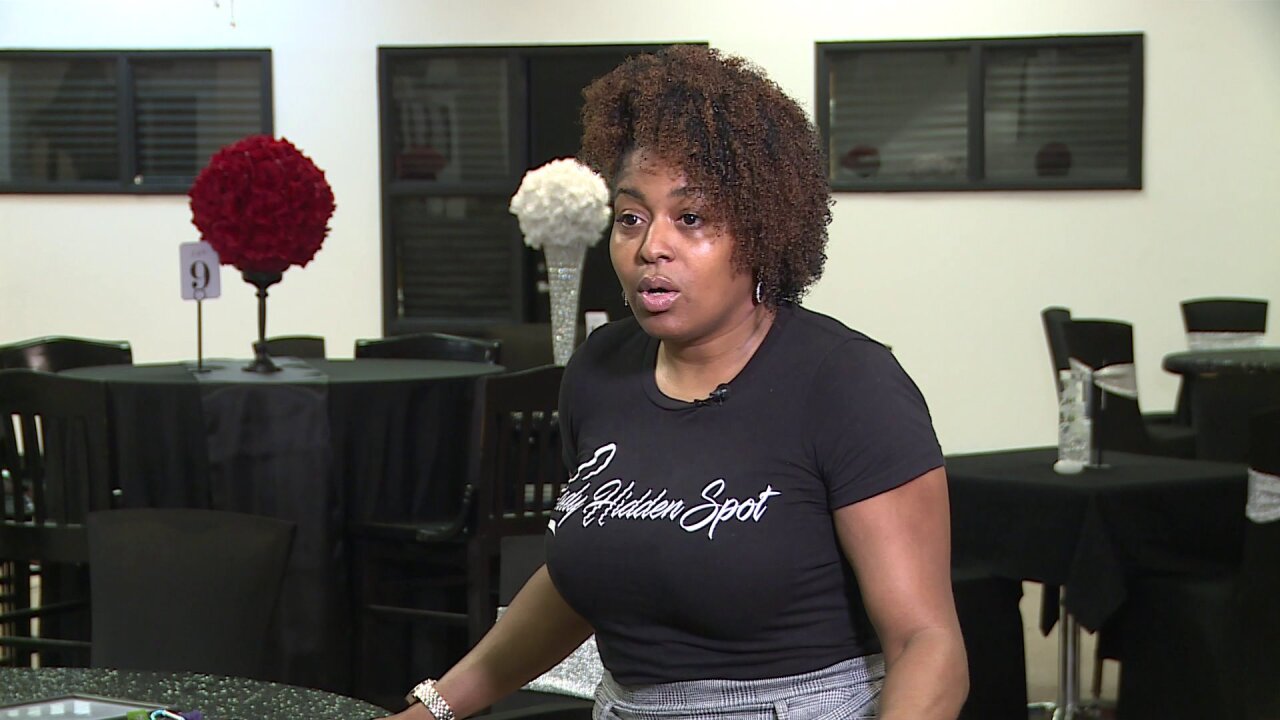 CHESTERFIELD COUNTY, Va. -- A Chesterfield business owner reached out to the CBS 6 Problem Solvers to share a warning she says all small business owners should hear.

Janel Anderson says pictures and video showing water leaking in buckets is what she had to deal with for months when her business Unique Blessings Catering and Events leased spaced in this Best Western Plus in Chesterfield.

“Leaks were everywhere. We didn’t have enough trash cans and buckets to stop the leaks from happening,” said Anderson.

“We started seeing a series of leaks and we contacted the owner who was on site and was told that the roof was being fixed and repaired.

Anderson says according to her lease, the landlord, Shaanta Inc. was responsible. But there was no remedy in the lease for her if the company didn’t make the repairs.

“The roof was not fixed. The roof caved in again on the other side. What are we going to do about this?” Anderson asked. “We had to cancel clients… cancel us being open.”

The business owner says the company tried to address the issue.

“They tried. They to cement the roof. They tried to tar the roof. The even tried to put a tarp with cinderblocks on a flat roof, thinking that that would stop the water,” said Anderson.

Anderson thought she could pay her rent in escrow. But that's only applicable in residential leases.

It’s a lesson that Anderson had to learn the hard way.

So, when she didn't pay, the company terminated her lease. She says she was given an eviction date, but days before she was supposed to be out, the company changed the locks.

Attorney A. Blake Gayle who represents Shaanta Inc. says his client had the right to do that when Anderson didn’t pay. They filed suit against her for not paying rent and for trespassing.

Gayle says the company fixed the roof and handled her complaints in a timely manner.

He says the roof matter is a separate issue and doesn’t justify her not paying rent.

Since then, Anderson says she found another venue.

She says she wants her story to be a reminder to others.

“Know your rights, know whether you have any rights. Do your homework,” Anderson explained. “Have an attorney that specializes in commercial leasing to go over everything with you thoroughly. Don’t just rely on your knowledge.”