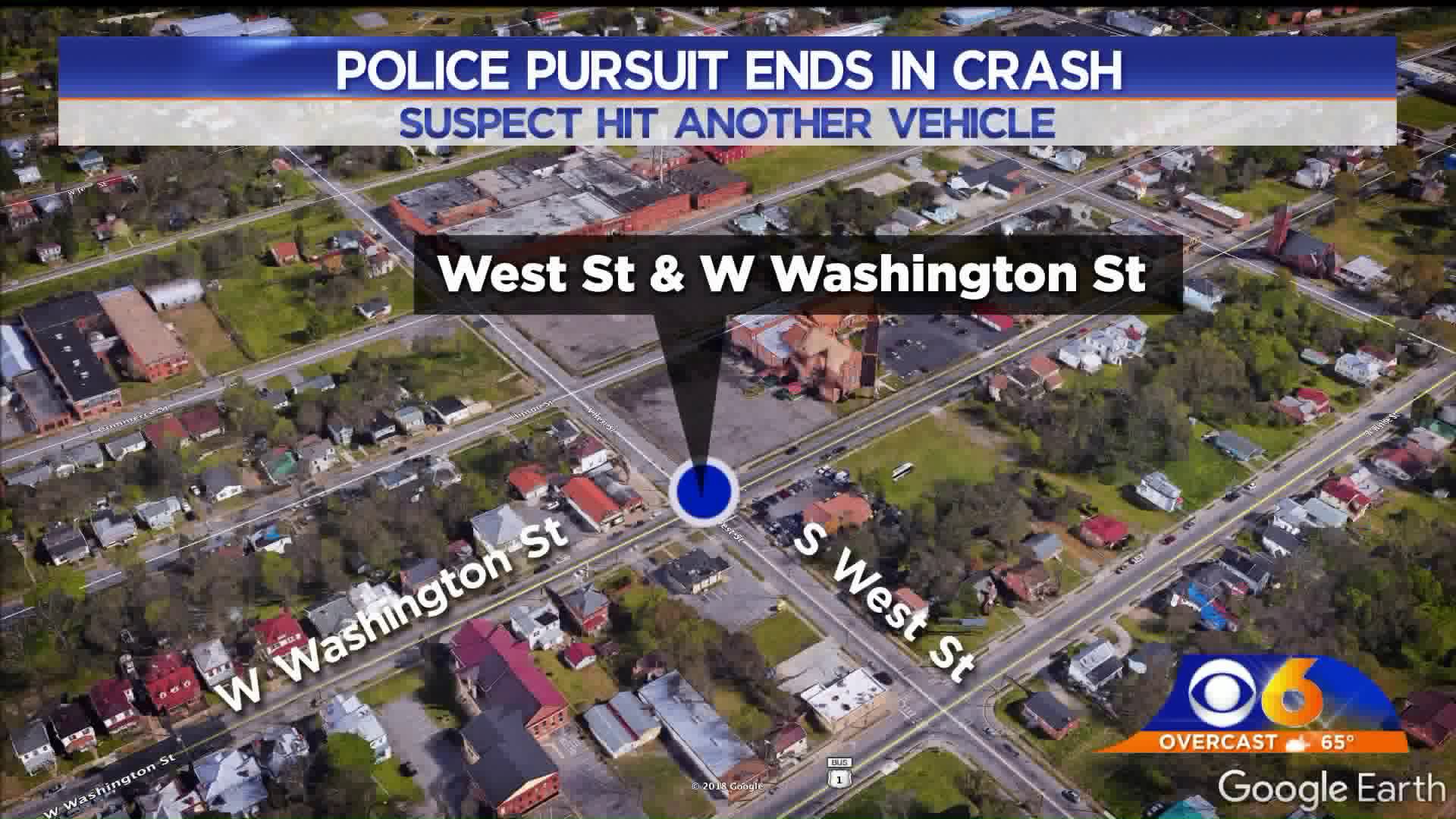 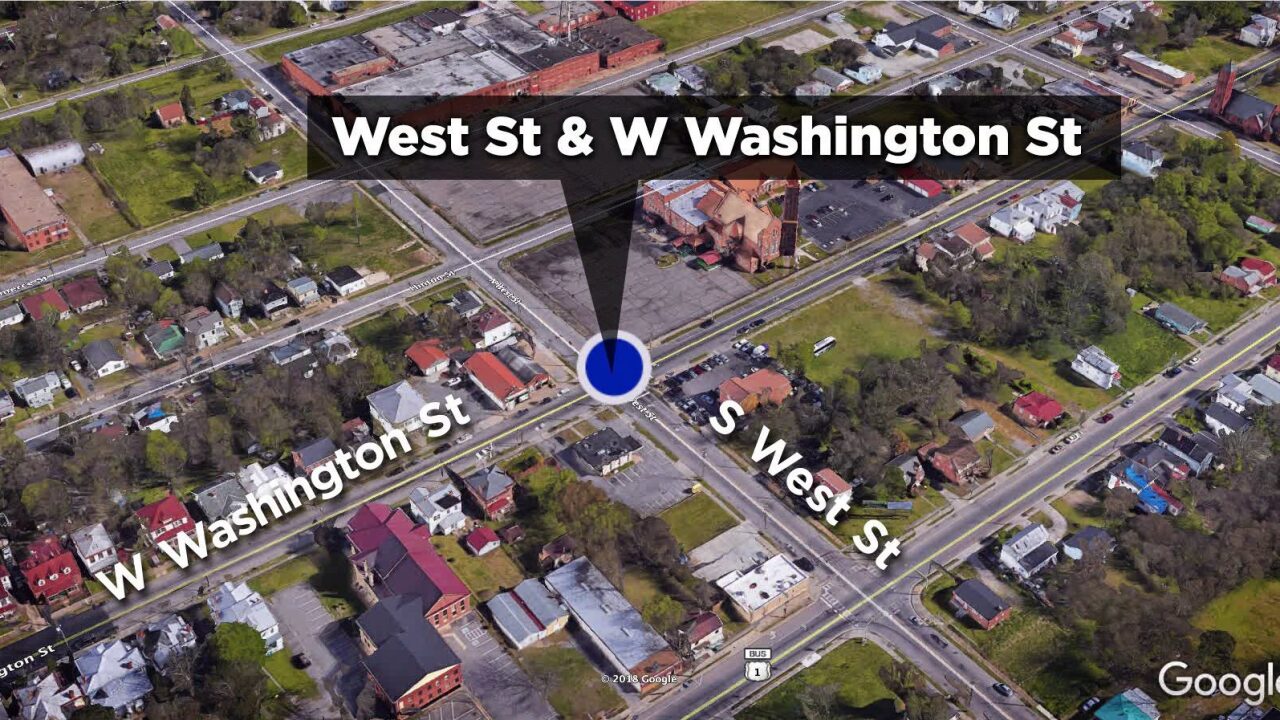 PETERSBURG, Va. -- A police chase ended in a collision Thursday when a vehicle was struck by a suspect being pursued by police.

Around 8 p.m., police responded to a call for a collision on West Street and W. Washington Street.

Officers arrived on scene and discovered that a vehicle pursuit had occurred involving Chesterfield Police Officers.

Police said around 8:00 p.m. an officer attempted to initiate a traffic stop of a vehicle on Chesterfield Avenue.

However, the driver attempted to get away, eventually disregarding a red light at the intersection of W. Washington and South West Street, crashing into another vehicle.  The driver then fled the scene of the accident on foot but was eventually apprehended by police.

Two women in the struck car were transported to the hospital with non-life-threatening injuries.

The suspect was charged with DUI 2nd offense, eluding, driving with a revoked license, and defective equipment by Chesterfield County Police. He also faces pending charges in Petersburg