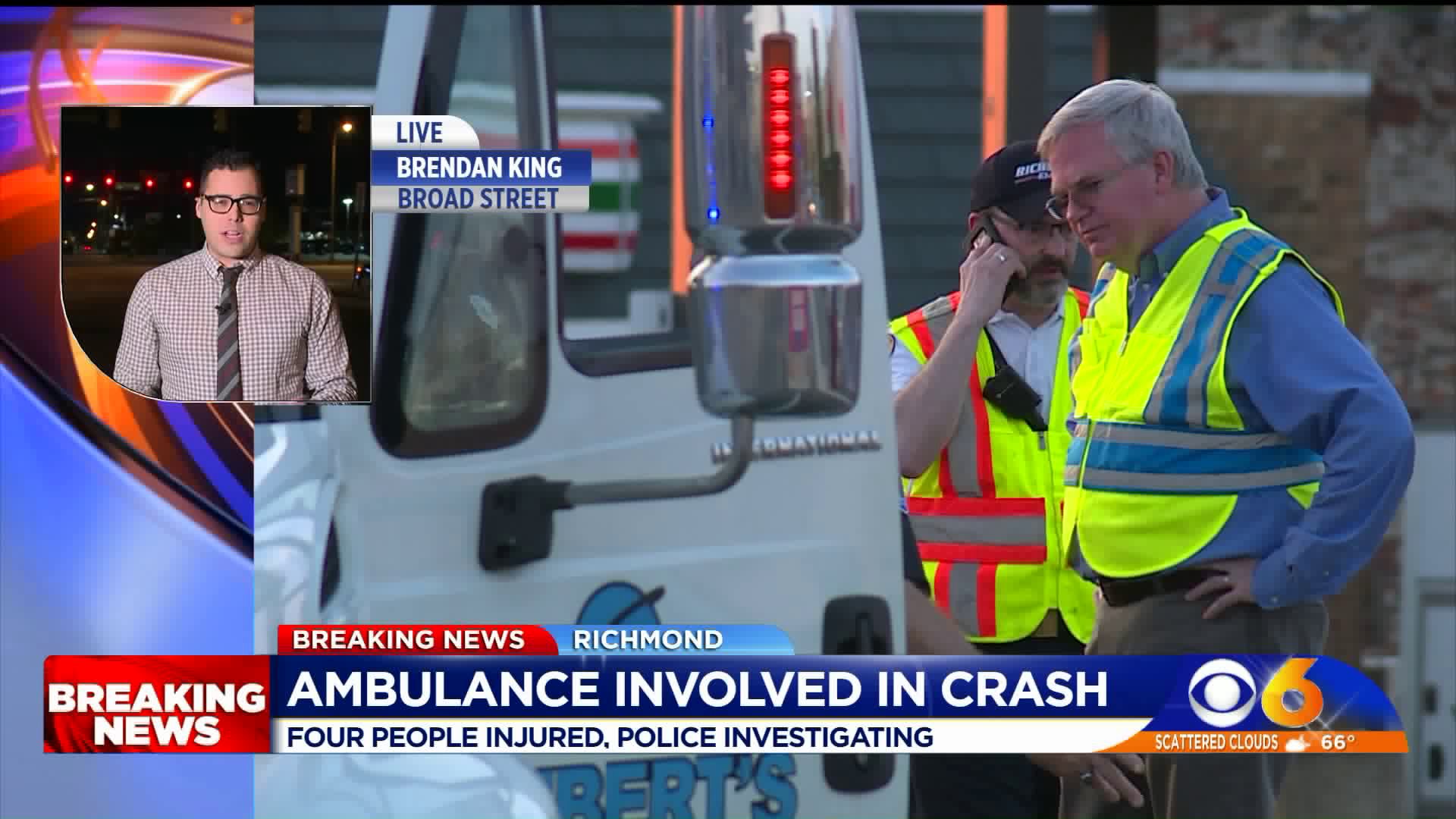 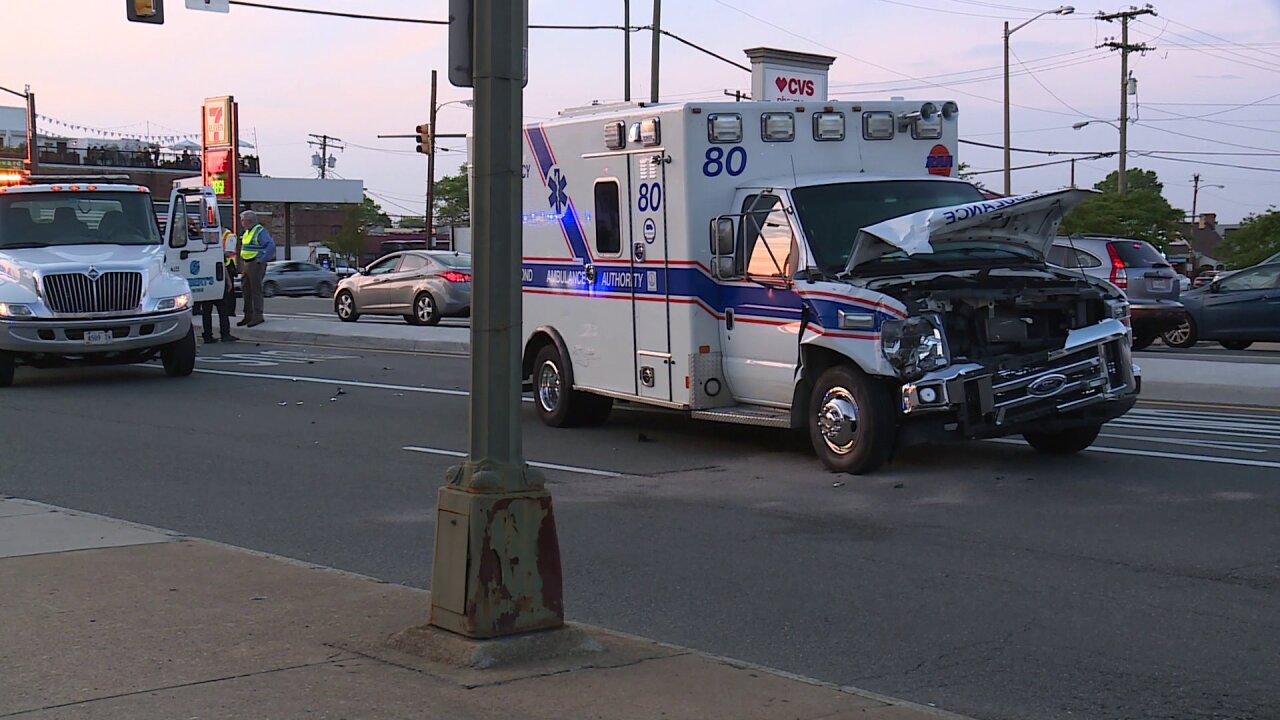 RICHMOND,, Va. -- Richmond Police are investigating a Wednesday evening collision between an ambulance and a pickup truck.

The collision took place at the intersection of West Broad St.  and Arthur Ashe Boulevard.

The ambulance, eastbound on Broad Street responding to an emergency call, was operating with their emergency lights and siren, according to police.

After entering the intersection, the ambulance was struck by the pickup truck traveling northbound on Arthur Ashe Boulevard.

The two occupants of the pick-up and the two RAA employees were transported to local hospitals with non-life threatening injuries.

"The crash is still under investigation and we are fully cooperating with Richmond Police as they work to determine what happened. We're thankful there were no serious injuries," the Richmond Ambulance Authority said.

Witnesses say two people in the pickup truck were taken away from the scene by ambulance.