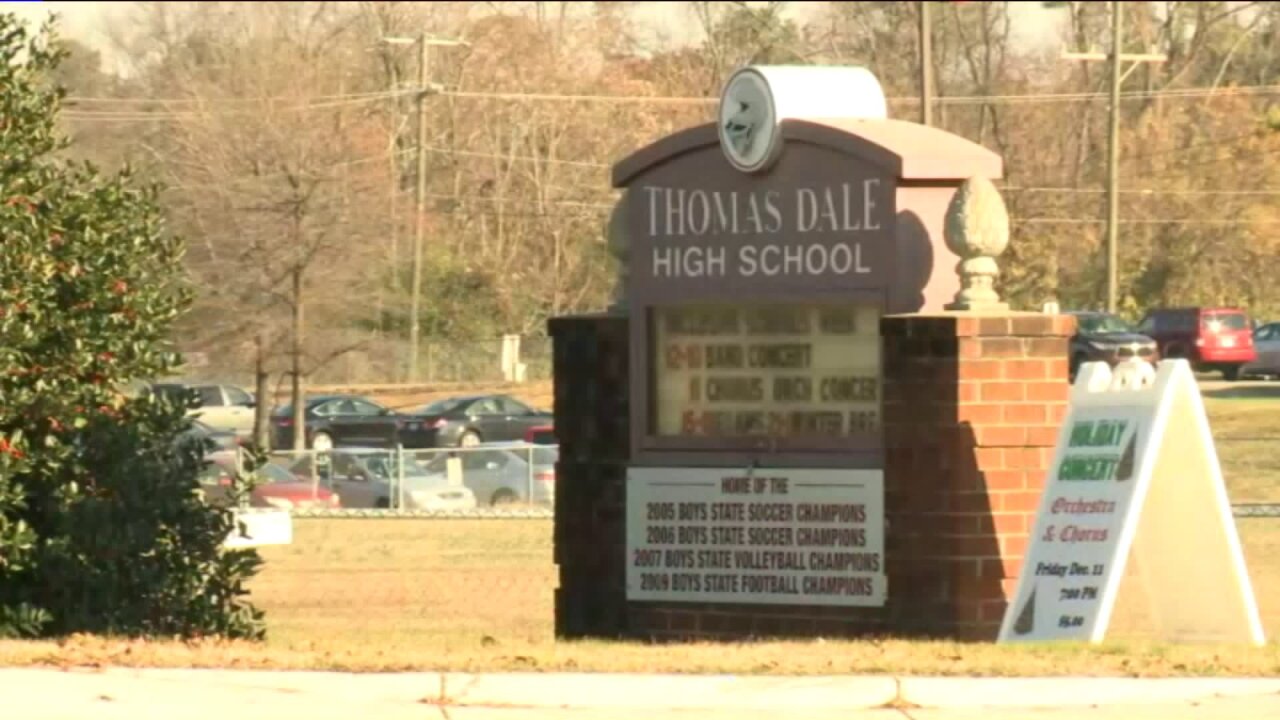 CHESTERFIELD COUNTY, Va. — A Chesterfield teacher was injured this week when a student threw chairs at the educator, according to police. It was unclear what prompted the 15-year-old student to throw the chairs and his backpack at the teacher during Monday’s incident.

“The student also damaged a school laptop and pulled a fire alarm,” a Chesterfield Police spokesperson said. “The teacher, whose glasses were broken during the incident, was transported to an area hospital with non-life threatening injuries.”

A juvenile criminal complaint was filed against the student for disorderly in school, assault, false alarm for ambulance or fire, and two counts of vandalism.