Cross ripped out of concrete, found in trash can at historic Richmond cemetery 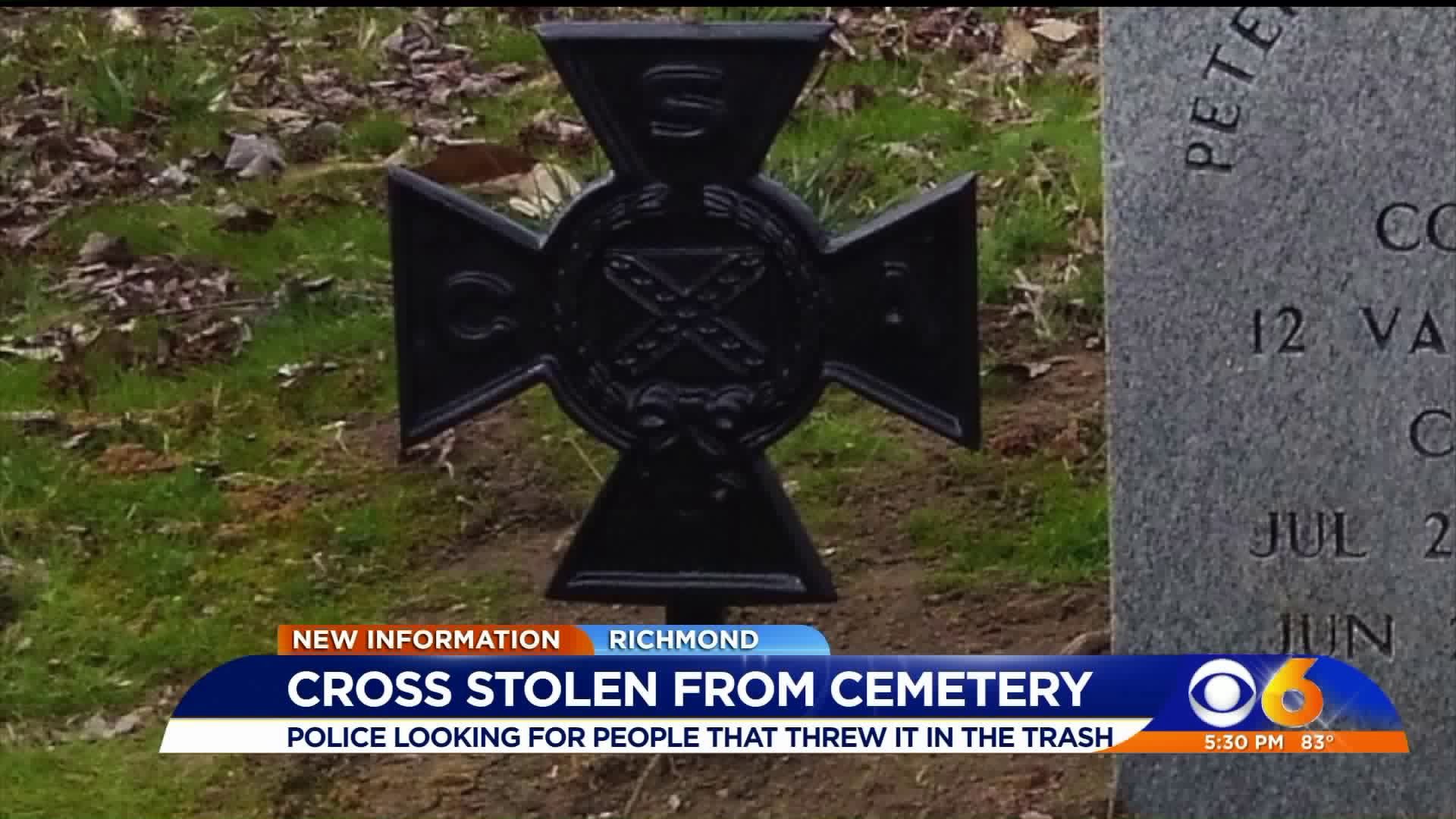 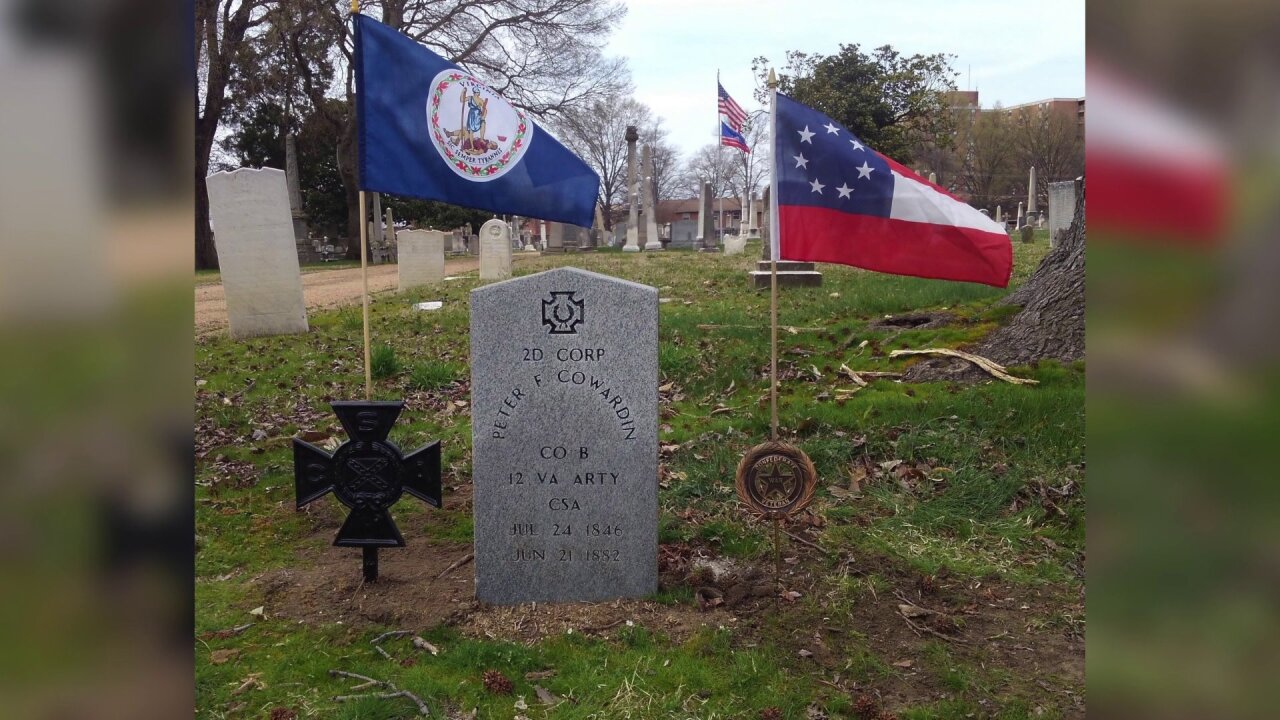 RICHMOND, Va. -- For the second time in less than a year, it appears that one of Virginia’s most historic cemeteries was targeted by thieves and vandals.

"One of the crosses that we had just installed on March 30 was missing,” said Clayton Shepherd, the president of Friends of Shockoe Hill Cemetery.

That was first noticed Monday by a caretaker at the cemetery, located off Hospital Street in Richmond’s Gilpin neighborhood.

Removing the cross was no easy task.

“The cross is cast iron, so it weighs about 17-18 pounds and it was installed in concrete,” said Shepherd. “So, it required some effort to get it out of the ground."

Shepherd said he immediately took a look at the footage captured by surveillance cameras that have been installed throughout the cemetery.

"The first thing I discovered that a group of five or six juveniles had been in the cemetery around midnight on Saturday,” said Shepherd.

The footage showed that the group walked in, stayed about 10 minutes, and then left. There was no video evidence of them digging up the cross.

Fortunately, within about 24 hours, the missing monument was found.

"The first trash can that I went to, I discovered the cross,” said Shepherd.

Shockoe Hill is no stranger to this type of crime.

In 2018, more than a dozen items were stolen from the cemetery.

Those thefts resulted in one arrest, and some of the items were later found at a cemetery in Blackstone, about 60 miles away from Shockoe Hill.

Anyone with information concerning the latest damage is asked to call Crime Stoppers at 804-780-1000.