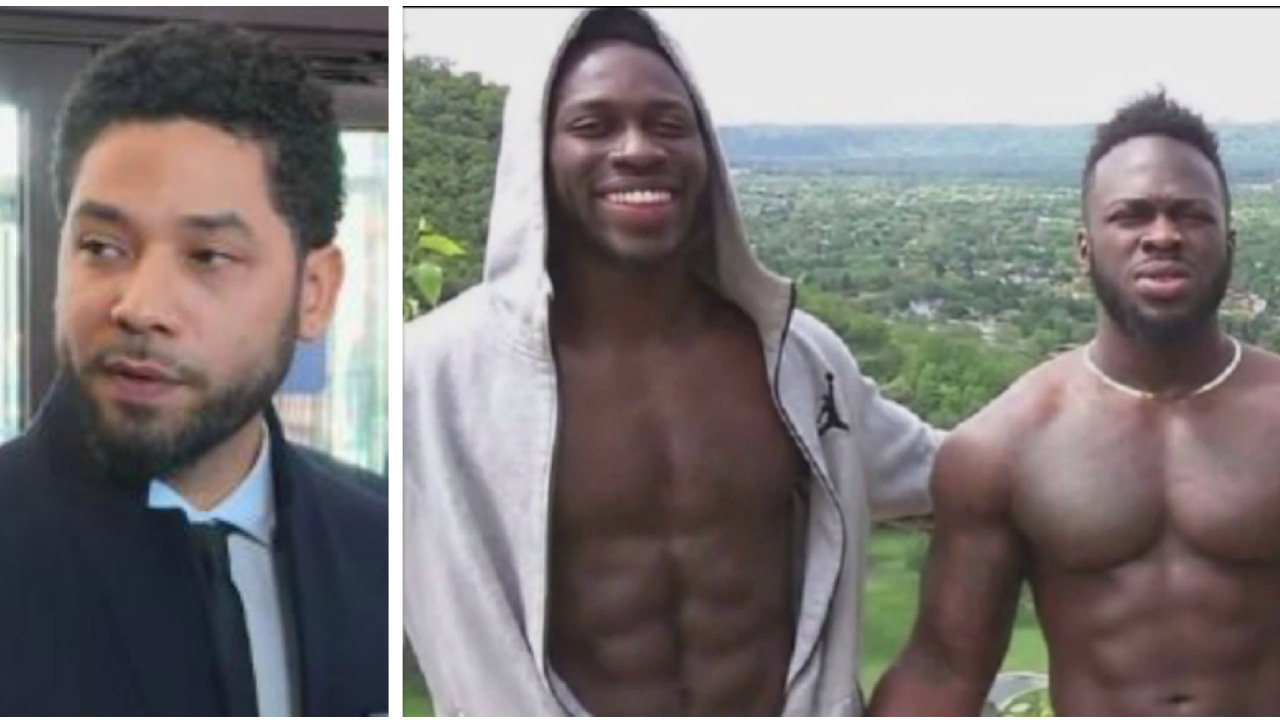 The brothers accused of attacking actor Jussie Smollett, only to be cleared of the crime when prosecutors announced Smollett had orchestrated a hoax to advance his career, are suing his legal team for defamation, attorneys said Tuesday.

The federal lawsuit alleges defamation and false light by attorney Tina Glandian for saying, among other things, that brothers Olabinjo and Abimbola Osundairo attacked the “Empire” actor and dealt steroids, and that Abimbola engaged in sexual relations with the actor.

The lawsuit also names Mark Geragos, who heads the firm that employs Glandian. CNN is reaching out to the lawyers for response.

“In short, Mr. Smollett used his clout as a wealthy actor to influence Plaintiffs, who were in a subordinate relationship to him and were aspiring to ‘make it’ in Hollywood,” the lawsuit says. “He wanted his employer and the public to notice and appreciate him as a successful Black, openly gay actor. So, Mr. Smollett directed every aspect of the attack, including the location and the noose.”

Attorney Gloria Schmidt said the Osundairos, who were extras on “Empire,” merely thought they were helping Smollett and were made scapegoats after Smollett’s ruse was uncovered.

“They were asked to do something by a friend that they trusted, and at the end of the day that friend betrayed that trust,” she told reporters.

The Osundairo brothers cooperated with authorities, testifying before a grand jury, before Smollett was charged with multiple felony counts alleging the actor duped the Chicago police into believing he had been the target of a hate crime.

Prosecutors later dropped the charges against Smollett, sparking an outcry. The lawsuit alleges that after the charges were dropped, Glandian continued to advance the narrative that Smollett had been attacked and defamed the brothers. Geragos, too, is accused of advancing that narrative and alleging the Osundairo brothers lied to police, the lawsuit says.

Rather than celebrating their client being cleared of wrongdoing, the lawsuit says, Geragos and Glandian “doubled down, not simply affirming that Mr. Smollett was a wholly innocent victim, but that (among other accusations) Plaintiffs unequivocally led a criminally homophobic, racist, and violent attack against Mr. Smollett. Defendants made these comments knowing they were untrue to distract from Mr. Smollett’s farce.”

The lawsuit continues, “Ms. Glandian insisted Mr. Smollett was innocent of making a false police report and falsely added that Plaintiffs criminally attacked Mr. Smollett. … These statements were unnecessarily made on national media to advance Mr. Smollett’s and Ms. Glandian’s reputation and fame at high cost to Plaintiffs.”

The brothers have faced difficulty obtaining jobs, attorney Greg Kulis said. Their health and training business has suffered as a result of the allegations they committed a hate crime and sold steroids, which they deny, and Abimbola Osundairo, who is straight, has suffered reputational damage among a Nigerian community that widely frowns on being gay, the brothers’ legal team said. They’ve also been harassed by paparazzi and reporters, Schmidt said.

The lawsuit requests a jury trial, compensatory and punitive damages and attorneys’ costs.

“People questioned what happened in Cook County,” Kulis said, referring to the widespread demand for answers that erupted upon Smollett’s charges being dropped. “The answers will be unveiled in federal court.”