Warren on impeaching Trump: If anyone else did what he did, ‘they would be arrested and put in jail’ 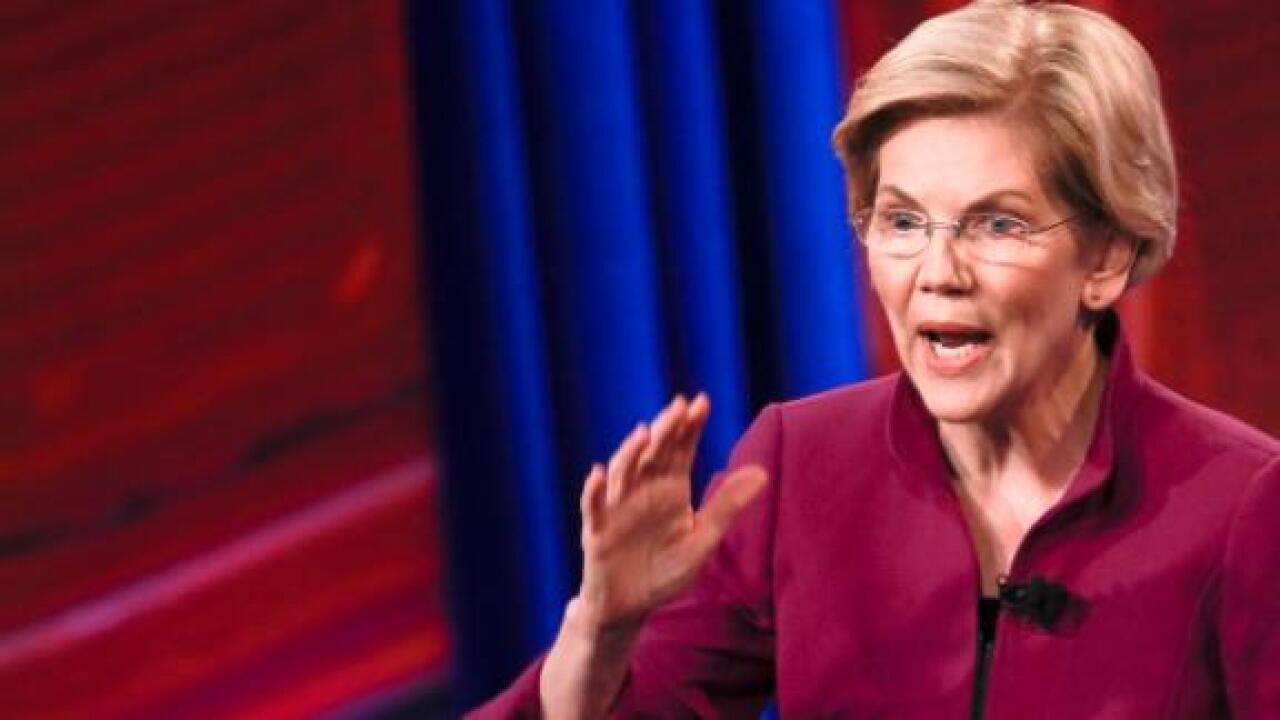 Massachusetts Sen. Elizabeth Warren detailed Monday why she supports impeaching President Donald Trump, arguing “if any other human being in this country had done what’s documented in the Mueller report, they would be arrested and put in jail.”

Warren argued in a CNN town hall Monday that special counsel Robert Mueller’s report gave Congress a road map for impeaching the President and “serves up” a moment for Congress to begin impeachment proceedings.

“He serves the whole thing up to the United States Congress and says in effect, if there’s going to be any accountability, that accountability has to come from the Congress,” Warren said. “And the tool that we are given for that accountability is the impeachment process. This is not about politics; this is about principle.”

On Friday, Warren called on the House of Representatives to begin impeachment proceedings against Trump. Warren, like several other Democrats, previously had been saying she would need to see Mueller’s full report before deciding whether Congress should consider impeachment.

Warren posted on Twitter on Friday, “To ignore a President’s repeated efforts to obstruct an investigation into his own disloyal behavior would inflict great and lasting damage on this country, and it would suggest that both the current and future Presidents would be free to abuse their power in similar ways.”

Warren — along with former Housing and Urban Development Secretary Julian Castro — are among the few 2020 Democrats who are in favor of starting impeachment proceedings.

It’s a position that is unpopular with some Democrats in the more moderate wing of the party, who are worried that starting impeachment procedures against Trump could end up helping the Republican in 2020.

“There is no political inconvenience exception to the United States Constitution,” Warren said.

“If you’ve actually read the Mueller report, it’s all laid out there. It’s not like it’s going to take a long time to figure that out. It’s there,” she added. “It’s got the footnotes, it’s got the points, it connects directly to the law. But this really is fundamentally — I took an oath to uphold the Constitution of the United States and so did everybody else in the Senate and in the House.”

Warren said she believes each member of the House and Senate should have to vote on whether they are comfortable with what Trump did.

“If there are people in the House or the Senate who want to say that’s what a president can do when the president is being investigated for his own wrongdoings or when a foreign government attacks our country, then they should have to take that vote and live with it for the rest of their lives,” Warren said to applause.