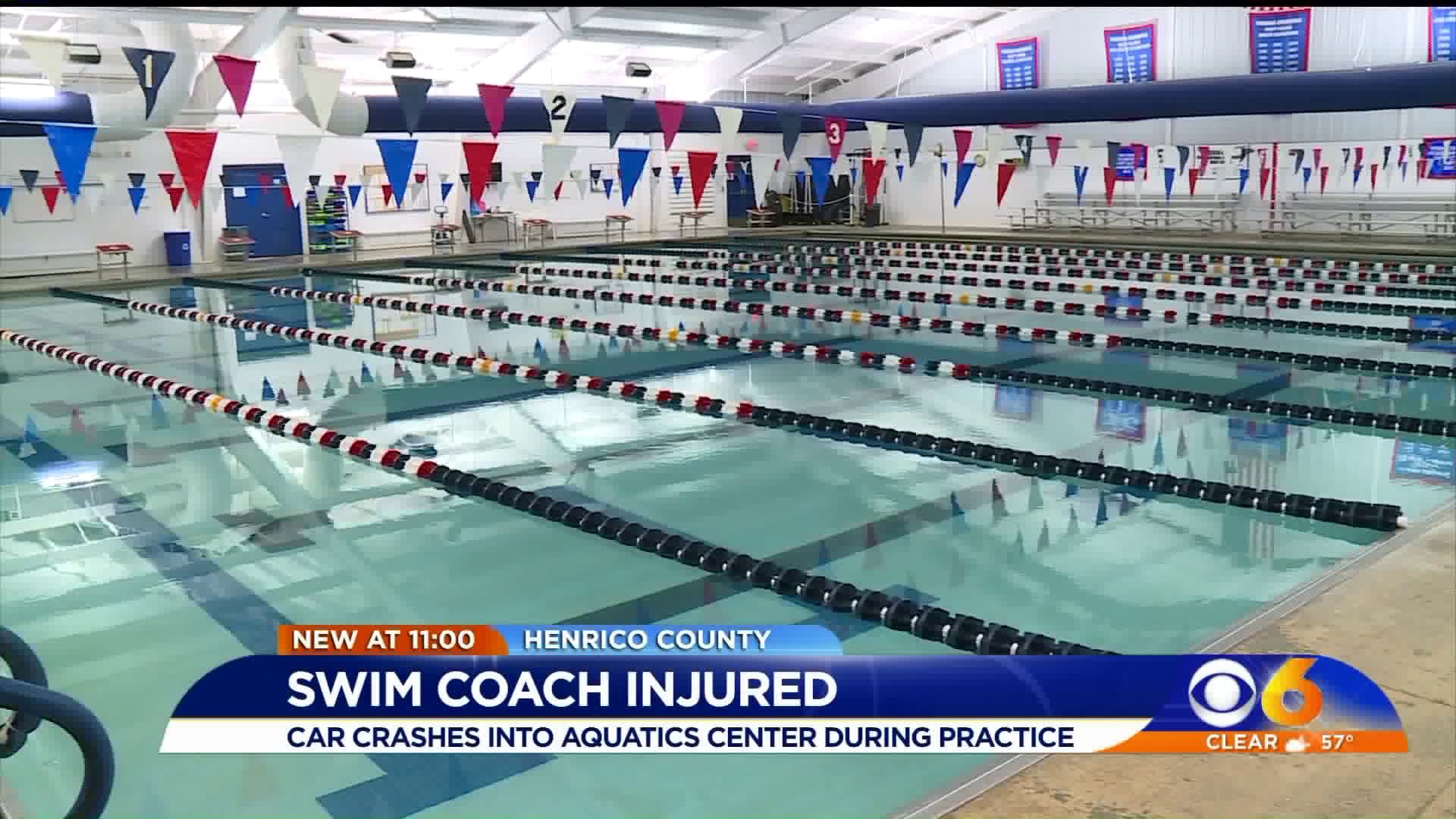 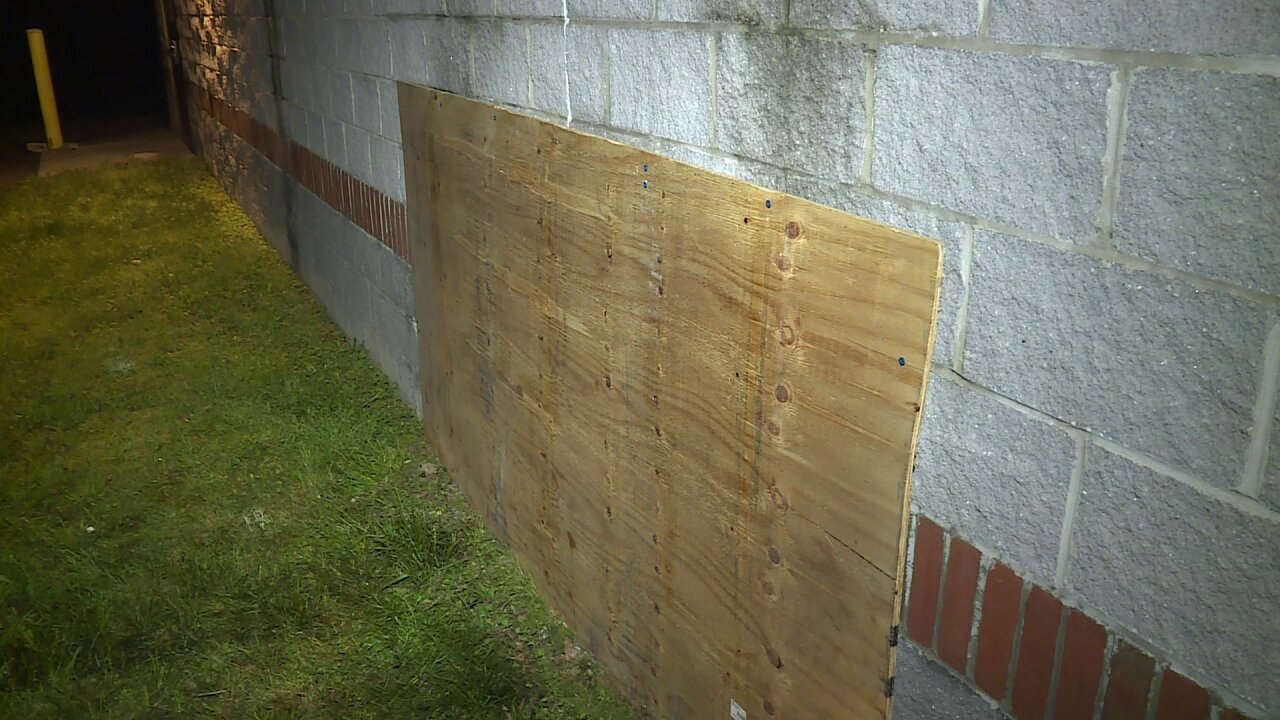 The crashed occurred around 6:15 a.m. Monday at NOVA’s main building off Gayton Road in Henrico.

It was during a practice for top-ranked high schoolers that the car sped through the facility’s parking lot and crashed directly into the side of the building.

The car finally came to a stop after it hit a support beam, just feet from a warmup pool. That support beam may have prevented the car from going directly into the pool.

“It shot rubble from the wall out both sides and scraped Mike a little bit,” said Swim coach Wyatt Haas. “Luckily the kids weren’t swimming at the time.”

More than 60 swimmers were taking a break from morning practice on the other side of the pool.

The driver was taken into custody by Henrico Police and transported to the hospital for a physical and mental evaluation.

Building inspectors determined that there was no structural damage and the building was safe.

Haas says their primary concern is the for the safety of their swimmers and staff.

“Our kid’s parents were really happy that everyone ended up safe,” Haas added.

Coach Mike Julian only had minor injuries and was back at practice Monday afternoon.