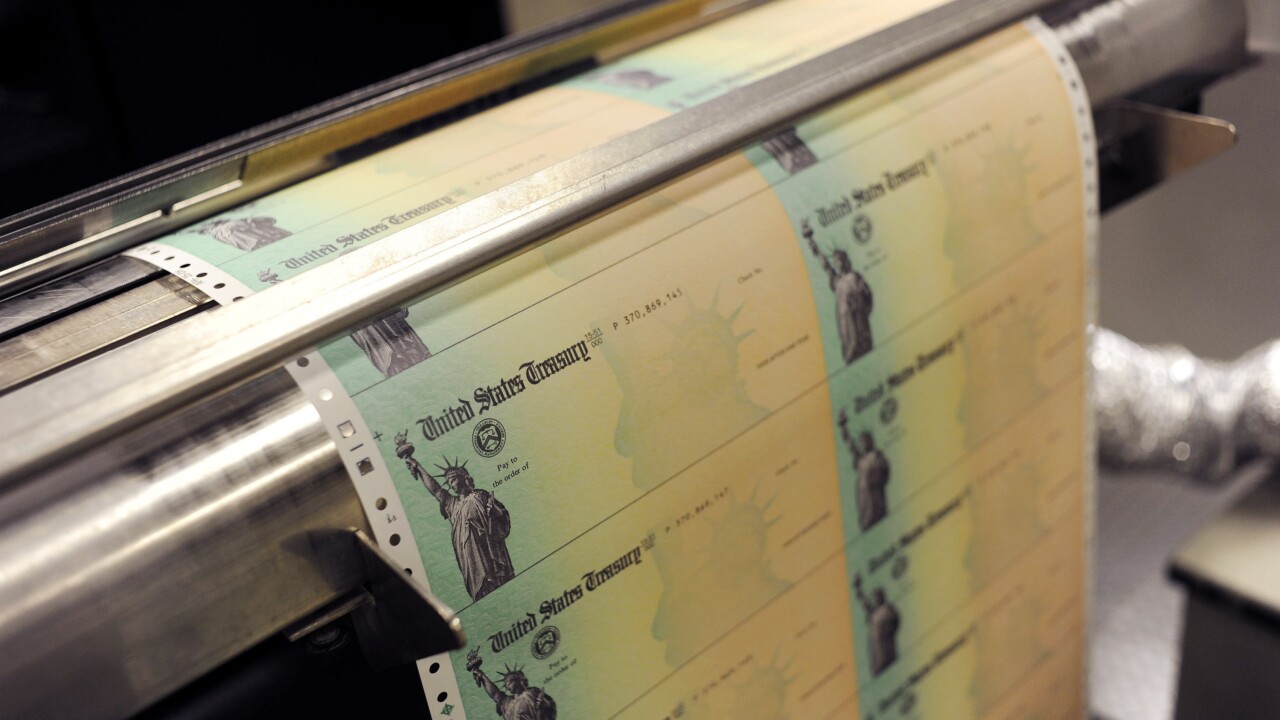 If Congress doesn’t act soon, tens of millions of Americans will only receive about three-quarters of their Social Security benefits when they retire.

Social Security’s trust funds will be tapped out by 2035, according to an annual report released Monday by trustees of the government’s two largest entitlement programs, the other being Medicare. That’s one year later than last year’s report projected.

The new projection doesn’t mean retirees will no longer get checks in 16 years. But the program will at that point only have enough revenue coming in to pay three-quarters of promised benefits through the end of 2093.

The trustees urged lawmakers to act quickly to assure Americans they’ll be able to get their full retirement benefits.

“Lawmakers have a broad continuum of policy options that would close or reduce the long-term financing shortfall of both programs,” wrote Treasury Secretary Steven Mnuchin along with three other trustees, including Alex Azar, secretary of Health and Human Services, in their report to Congress.

But lawmakers have long punted on addressing Social Security problems, which would likely entail raising payroll taxes, curtailing benefits or some combination of both.

During the 2016 campaign, President Donald Trump said he wouldn’t touch Social Security. He didn’t believe he’d need to since his plan to boost economic growth to at least 4% would take care of Social Security’s long-term solvency.

The strong economy has not mitigated the entitlement’s fiscal issues. And the federal government’s deficit has grown, in part because of the 2017 Republican tax cuts.

Also, for the first time since 1982, Social Security’s total cost is expected to exceed its total income in 2020 and continue that way through 2093. This is two years later than projected in last year’s report.

The program would be financed with a combination of interest income and drawing down on the trust funds’ assets until 2035 when the reserves are depleted. Social Security’s costs are expected to rise for the next 20 years as the large Baby Boom generation retires and then remain fairly constant.

The share of Americans 65 or older is projected to grow by more than a third between now and 2040, according to the left-leaning Center on Budget and Policy Priorities. This alone will boost Social Security spending from nearly 5% of the economy to about 6% in 20 years, where it is expected to remain.

This demographic shift, along with rising health care costs, will cause Medicare spending to jump from 3.7% to 6.5% of the economy over the same period.

In terms of Medicare, which covers nearly 60 million Americans, the trustees project that the trust fund for Part A, which covers hospital and nursing home costs for seniors, will be depleted in 2026, the same as last year’s projections. It will then only be able to cover a large share — but not all — of the benefits.

The trust funds for Medicare Part B, which covers doctors’ visits and outpatient services, and Part D, which offers prescription drugs coverage, will remain adequately financed into the “indefinite future.” They are paid for by a combination of enrollees’ premiums, which covers about a quarter of the cost, and money from general federal revenue. The law requires automatic financing of these benefits.

Medicare’s future has become a central focus of the 2020 presidential campaign, with several Democratic candidates looking to expand it to younger Americans or to create a universal health care system called Medicare for All.

The White House, administration officials and Republican lawmakers took the opportunity to blast the idea of broadening Medicare in their comments on the report.

“The report also underscores the recklessness of proposals to dramatically expand Medicare, which amount to a total government takeover of healthcare that would eliminate private sector options and actually jeopardize seniors’ access to healthcare, while further straining the federal budget,” said White House press secretary Sarah Sanders in a statement.

“Instead of trying to expand Medicare into a universal entitlement that even covers wealthy Americans of working age, as some have proposed, we need to fulfill Medicare’s promise to our seniors,” Azar said, noting that the President wants to extend Medicare’s solvency by lowering prescription drug costs and basing provider payments on value rather than on services rendered.

Government watchdogs urged Congress policymakers to set aside their partisan differences and protect benefits for current and future retirees.

“Efforts should be taken now and phased in over time to slow the growth of health costs in Medicare and restore sustainable solvency to Social Security,” said Maya MacGuineas, president of the Committee for a Responsible Federal Budget. “But every day that passes, the problem gets bigger and the solutions become more difficult to implement.”

One bright spot in the report: The trustees dramatically revised their estimates for the lifespan of the Disability Insurance Trust Fund. It now won’t be depleted until 2052, two decades later than projected last year. The number of people on federal disability and new applications have been on the decline in recent years.