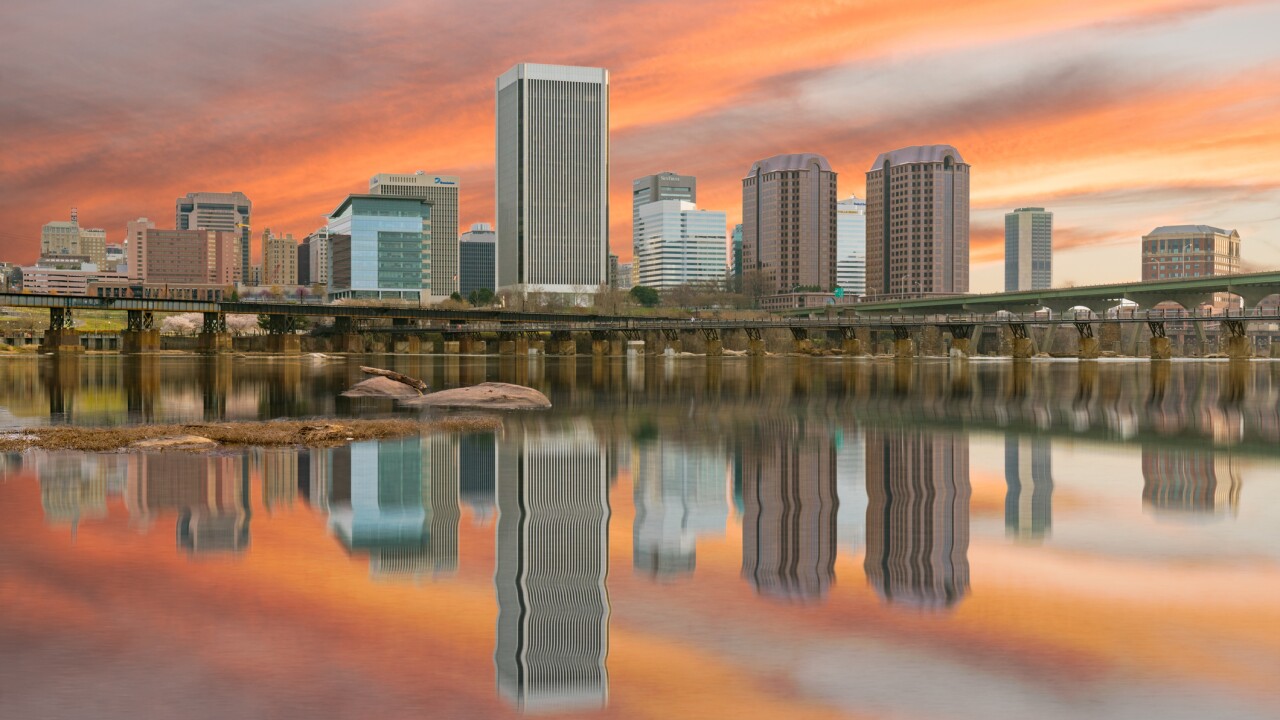 Reflection of the Richmond,Virginia morning city skyline along the James River.

RICHMOND, Va. — So far this decade, the city of Richmond has increased in population (percentage wise) more than neighboring suburban counties — and at twice the growth rate of the state and nation, according to population estimates released by the U.S. Census Bureau.

The increase is due to the birth rate (the city had about 8,600 more births than deaths) as well as people moving to Richmond from parts of the U.S. (almost 10,200) and from other countries (about 5,400).

The population of the Richmond metropolitan statistical area — which consists of Richmond, 13 counties from Amelia to New Kent, and the cities of Petersburg, Hopewell and Colonial Heights — increased 8.1% since 2010. In 2018, the area’s population topped 1.3 million, according to the Census Bureau’s estimates.

The Richmond region is the nation’s 44th most populous metropolitan area — up from 45th in 2010. In recent years, the Richmond area edged past the Louisville/Jefferson County metro area in Kentucky and Indiana.

Loudoun County is the fastest-growing locality in Virginia. Its population has jumped more than 30%, to almost 407,000, since 2010.
Nationwide, only 19 counties have grown more than Loudoun County this decade, the data showed.

While the population is growing in Northern Virginia and the Richmond area, that is not the case in other areas of Virginia. In the western and southern regions of the commonwealth, the population has dropped significantly:

The city of Emporia, 11 miles north of the North Carolina line, has had a population decrease of about 800 people or 13.6% — the greatest percentage loss in the state this decade.

Tazewell County, also in southwestern Virginia, saw its population drop by more than 4,200 residents, or 9.3%.

All in all, the Census Bureau’s data showed that 72 localities in Virginia gained population and 61 lost population since 2010. The bureau conducts a national census every 10 years; it is getting ready to do a headcount in April 2020. In addition, the agency issues population estimates every year. The estimates are based on a variety of sources, including surveys and tax data.