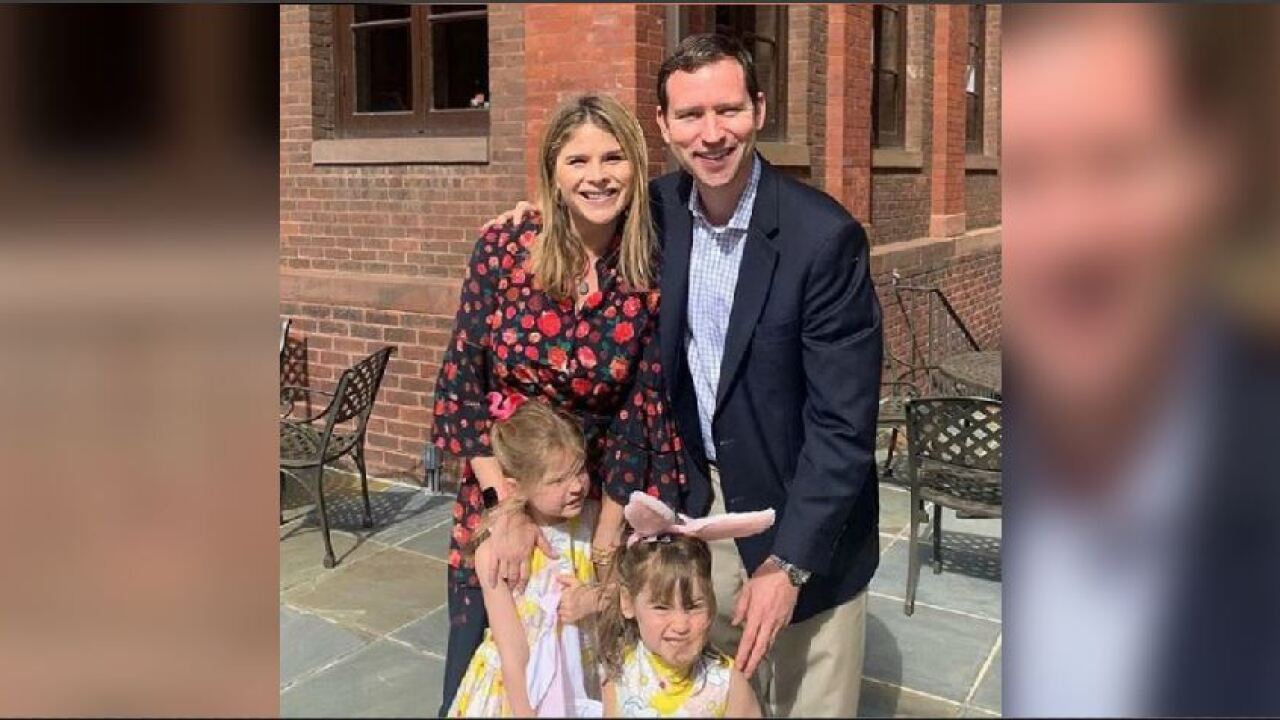 NEW YORK — Jenna Bush Hager has another baby on the way.

The “Today” correspondent and daughter of former President George W. Bush made the announcement Monday on the NBC morning show.

It all started when anchor Savannah Guthrie let on that Bush Hager’s two young daughters, Mila and Poppy, got “a little something extra” in their Easter baskets.

“Was it sugary and sweet?” Guthrie asked.

It took a second for anchor Craig Melvin to figure out what Bush Hager was talking about.

“Wait a minute. What are we doing here?” he asked.

When Melvin guessed she was pregnant, Bush Hager confirmed the news.

Turns out her daughters are so excited that they haven’t been able to keep the news a secret. So Bush Hager figured she might as well tell everyone.

“I’m only telling because Mila and Poppy found out yesterday in their Easter baskets,” she explained. “They told the man behind me on the airplane. They told the people at church.”

Bush Hager shared the sweet moment that her daughters learned the news on “Today with Hoda & Jenna,” the fourth hour of the show, which she co-hosts with Hoda Kotb. On Monday, Meredith Vieira was filling in for Kotb.

Bush Hager also waited until the fourth hour to reveal that she is having a boy.