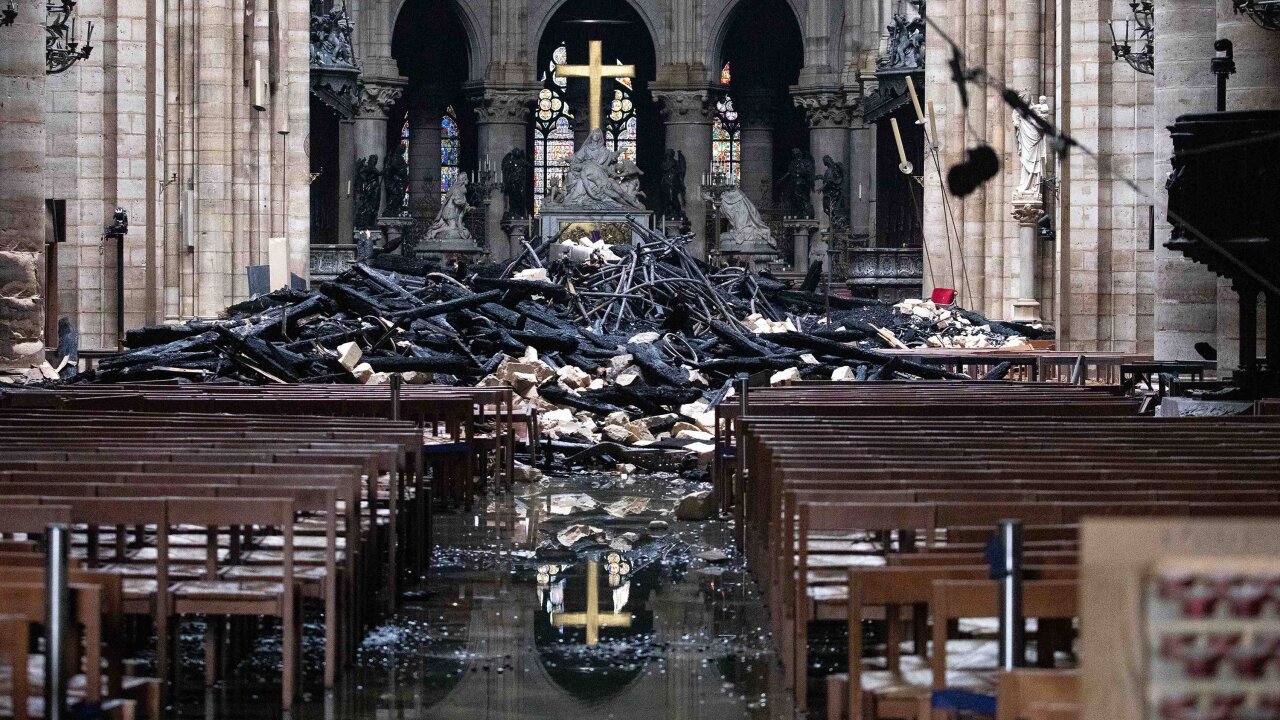 Investigators have pinpointed the start of the fire that ripped through Notre Dame Cathedral on Monday, a police source told CNN.

After police reviewed a cache of amateur video and photos from local residences, investigators believe the fire started at the center of the cathedral’s roof towards the base of the iconic spiral, the police source said.

The police source also told CNN that investigators are focusing on two potential problems relating to the outbreak of the fire. One issue under investigation is a possible problem with the fire alarm system sensors.

Investigators’ second line of inquiry, the source said, relates to the elevators that were built for the construction workers. The source provided no additional details on that.

Two security guards at the cathedral told police they noticed the flames for the first time only when the flames were already almost 3 meters high ‪at 6:43 p.m. local time (12:43 p.m. ET), indicating the fire alarm sensors might not have been working properly, the police source told CNN.

Prosecutors are investigating if a short-circuit caused the fire

Paris prosecutors are investigating if an electrical short-circuit caused the fire that ripped through the cathedral.

A judicial source told CNN on Thursday that “we are not excluding any hypothesis at this stage,” saying that this is not their only line of inquiry.

The cathedral was undergoing renovations at the time of the fire. Some scrutiny has fallen on the firms undertaking work on the 150-year-old spire, which collapsed Monday as the flames raged around it.

Of the four companies contracted to carry out renovations at Notre Dame, two companies — scaffolding firm Europe Echafaudage and art conservationists Socra — had work in progress there at the time of the fire. Neither company had workers on site when the fire broke out.

The fire devastated large parts of the 850-year-old building before it was finally extinguished after a nine-hour battle.

Scores of priceless artifacts were rescued from the flames, and were taken to the Louvre museum for safekeeping. The bees that live on the roof of Notre Dame also survived the devastating fire, beekeeper Nicolas Geant told CNN.

The Paris fire service said the operation was one of the most complex it had ever undertaken, and at one point, it was feared that the entire structure might be lost.