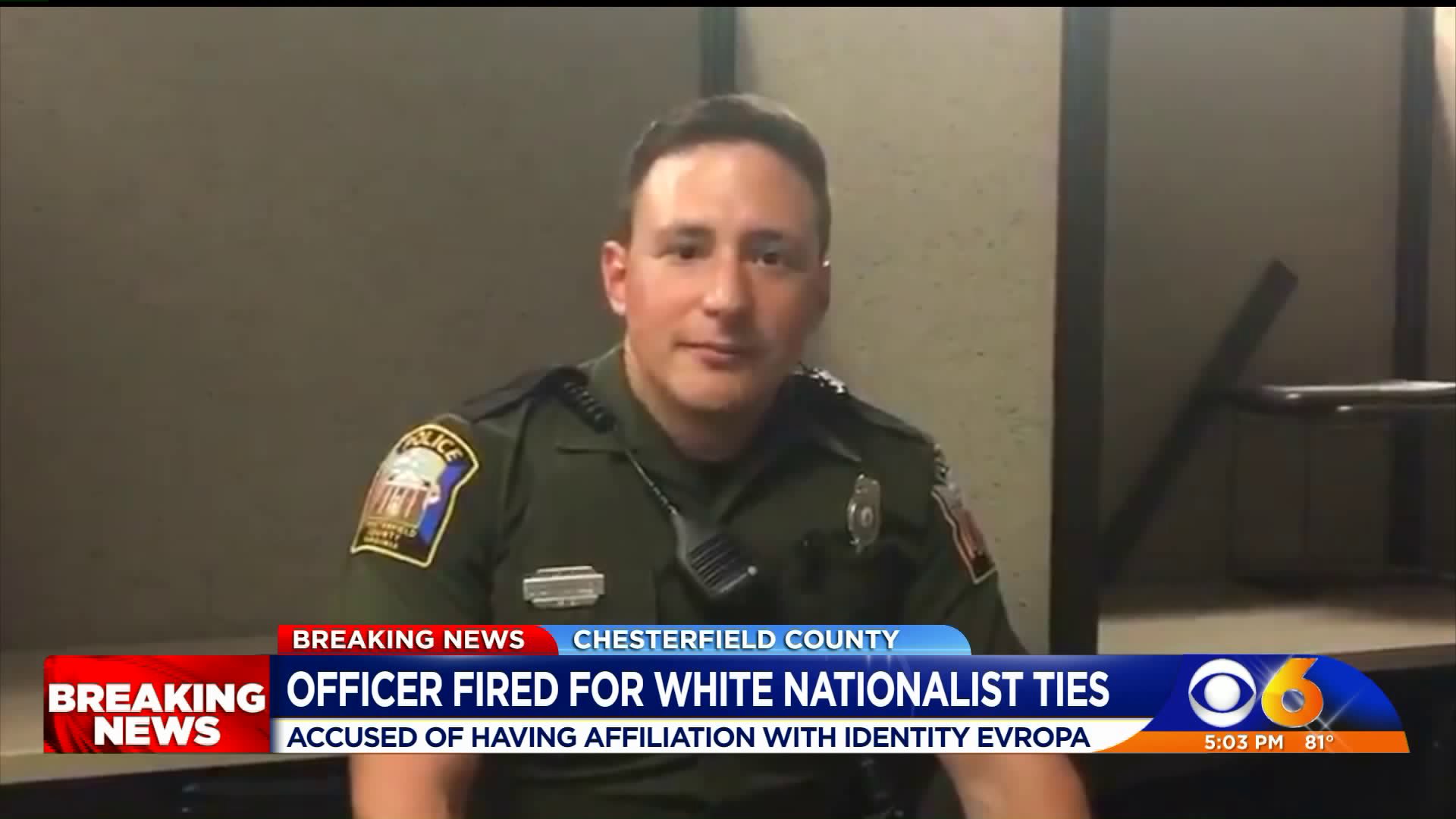 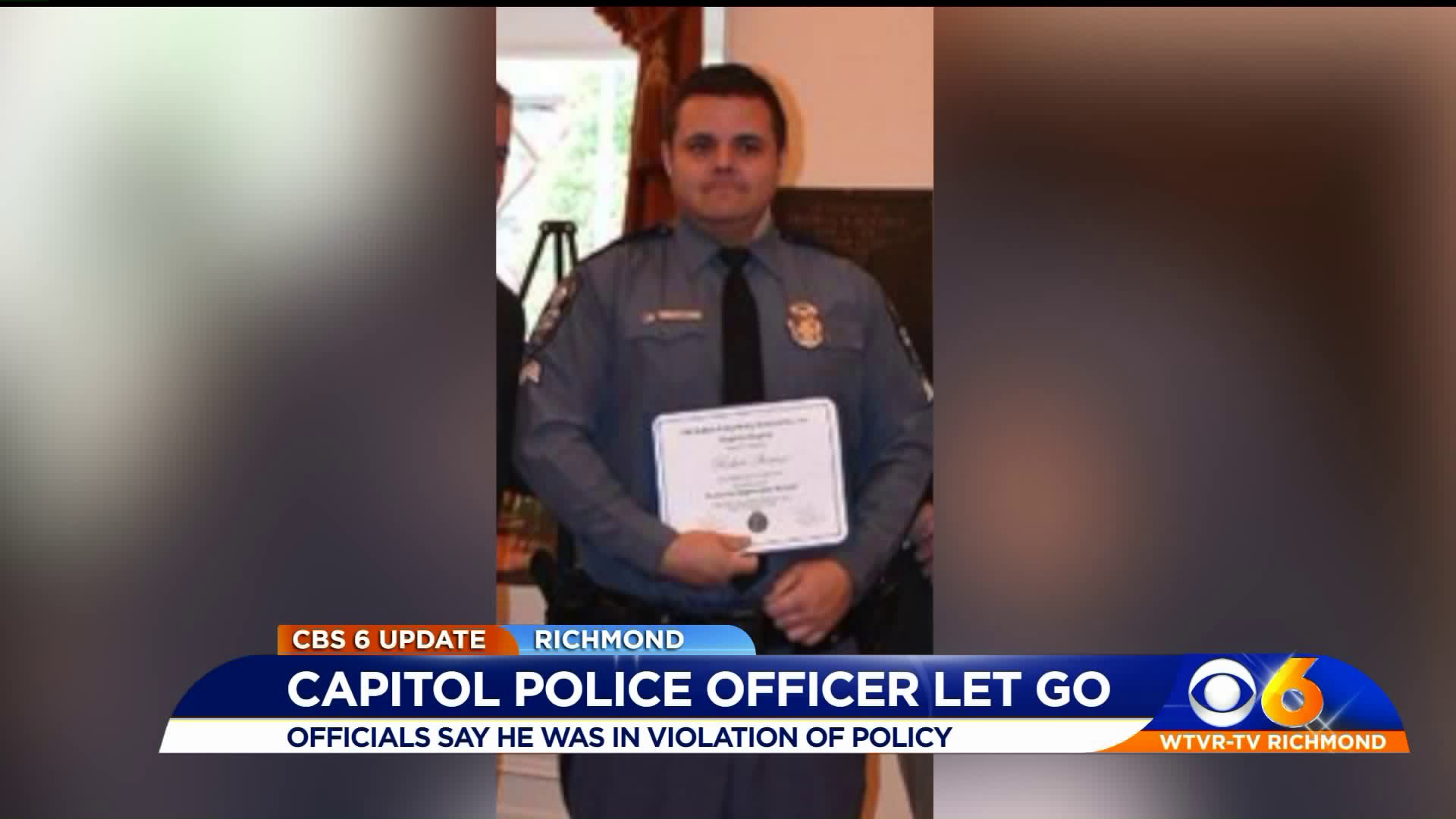 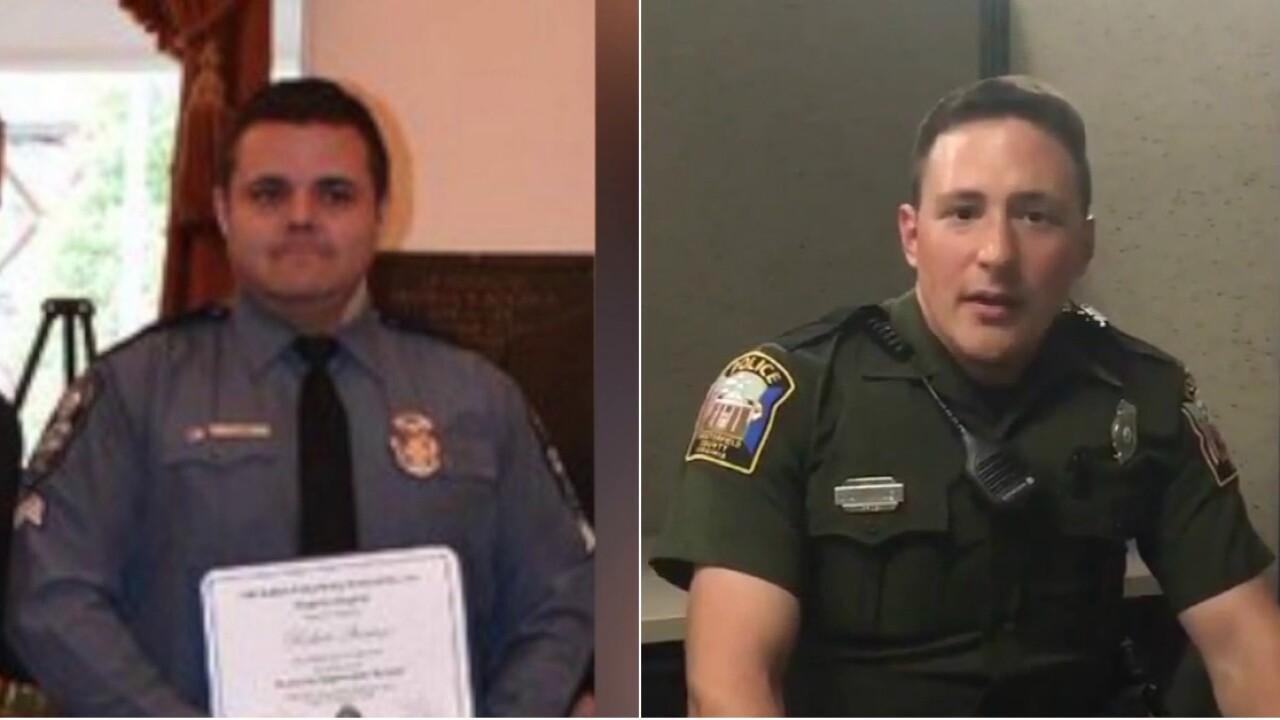 Virginia Division of Capitol Police announced on Wednesday that officer Robert Stamm was fired after a review of possible violations of state and division policies. Stamm had been on administrative leave since February 6.

On February 5, Antifa Seven Hills wrote a blog post with pictures of Stamm showing tattoos and flags with symbols the activist group says are commonly associated with white supremacy.

On his Facebook profile photo, Stamm has a stamp of the Asatru Folk Assembly, an organization the Southern Poverty Law Center classifies as "perhaps this country's largest neo-Völkisch hate group." The SPLC says neo-Völkisc "adherents base their spirituality on the survival of those descended from white Europeans. ..."

The Anti-Defamation League describes the group in similar terms, calling the Asatru Folk Assembly an "extremist group" and said the officer's "ties to white supremacy are deeply troubling and raise serious concerns."

When asked whether his group was a white nationalist group, Stamm told CNN, "I was discriminated against for my religion. My religion is not politics, it is faith. My constitutional rights were violated. Period."

The Asatru Folk Assembly's website says "Asatru is an expression of the native, pre-Christian spirituality of Europe. More specifically, it is the religion by which the Ethnic European Folk have traditionally related to the Divine and to the world around them."

The Virginia Division of Capitol Police handles law enforcement on the capitol grounds and provides protection to state officials.

The second officer, Daniel Morley, worked for the Chesterfield County Police and was fired on Thursday, Police Chief Jeffrey Katz wrote on a Facebook post.

Katz said Morley was investigated because he "may have an affiliation with Identify Evropa -- an organization widely known for promoting white nationalism."

CNN's attempts to reach Morley for comment were unsuccessful.

Antifa of the Seven Hills also wrote a blog post about Morley, alleging he plays an active role in the Identity Evropa discussion groups as a pledge coordinator.

Chief Katz said in the Facebook post that "Our community deserves to know the men and women of their police department respect and revere them -- whoever they may be."

Katz did not answer whether the Antifa blog post sparked the investigation into Morley, but wrote that "online postings and activities attributed to this officer were reviewed, and once authenticated," Morley was put on leave and eventually terminated.

A federal lawsuit filed in 2017 alleges that Richard Spencer, a white nationalist leader, said one of Identity Evropa's founders, Nathan Damigo, "took the lead in organizing white supremacist participation among people from outside Charlottesville" for the Unite the Right rally in Charlottesville.

The organization was then rebranded as American Identity Movement in early March - and photos on the Antifa blog post show Morley waving an American flag behind the organization's banner. The SPLC calls the newly-coined movement a "derivative" of Identity Evropa.