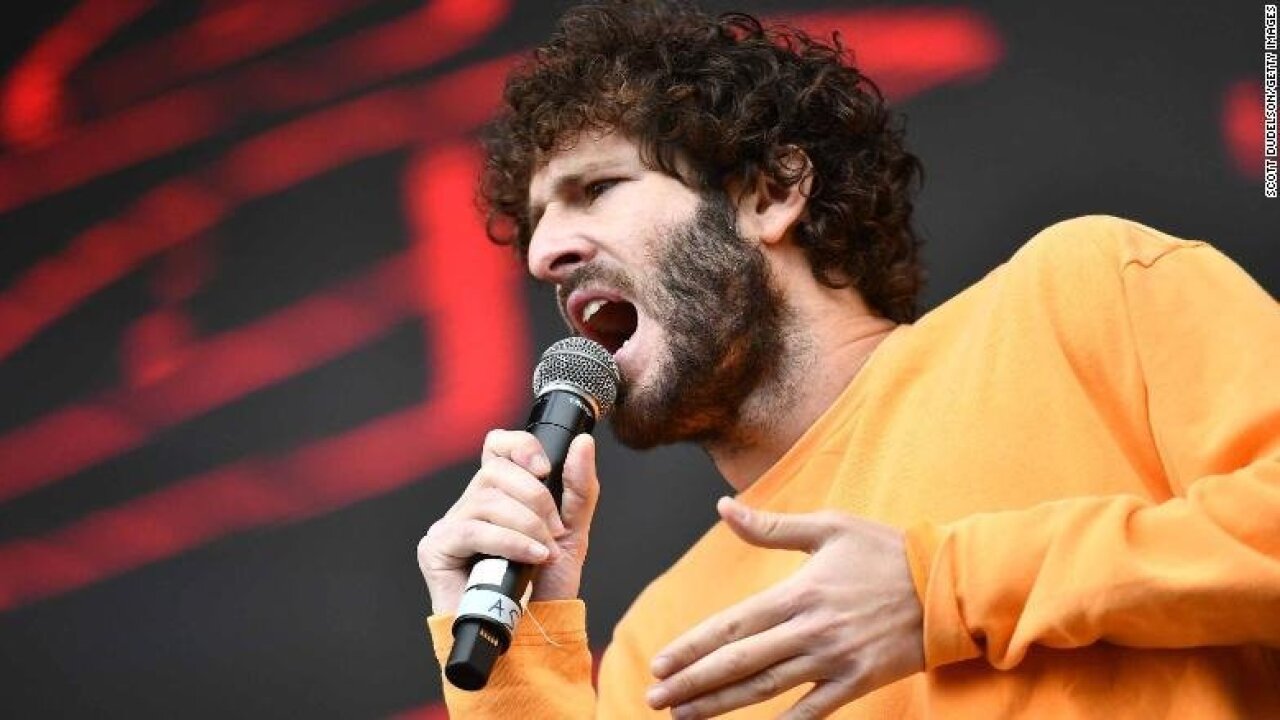 Rapper Lil Dicky performs during the Power 106 Powerhouse festival in San Bernardino, California, on May 12, 2018.

University of Richmond graduate Lil Dicky got some of his famous friends to have fun to draw attention to climate change.

In honor of Earth Day, the rapper/comedian has released a music video for his song “Earth.”

At more than seven minutes long, the animated video features a roster of A-list celebs.

Think of it as the 21st century version of “We Are The World,” but with some comedy thrown in.

“It wasn’t an environmentalism type of climate change song in my head at first,” he said. “I just had the idea of, ‘Wouldn’t it be funny to cast different artists to play different animals?'”

Then he decided that the proceeds from such a song should go to charities involved with the environment, which led the viral star to do some research.

What he discovered has now put him firmly on the path of trying to help save the planet.

“I didn’t know that we literally have 12 years to completely change how we do so many things on Earth, from a fundamental standpoint, or the damage will be irreversible and in our lifetimes we’re going to experience such drastic impact,” he said. “Upon realizing that, it went from a silly song about animals to, ‘Oh my God, this is the most important thing I’ll ever do.'”

Benny Blanco produced and uber manager to the stars Scooter Braun helped get some of the celebs on board.

Lil Dicky, who’s known for being pretty irreverent in his music, told Time magazine: “I’m still like a peon compared to someone who’s actively informed.”

“But I’d say I’m maturing, and I’d like to figure out a way to impact humanity as best as I possibly can beyond my typical d**k and fart jokes,” he said.