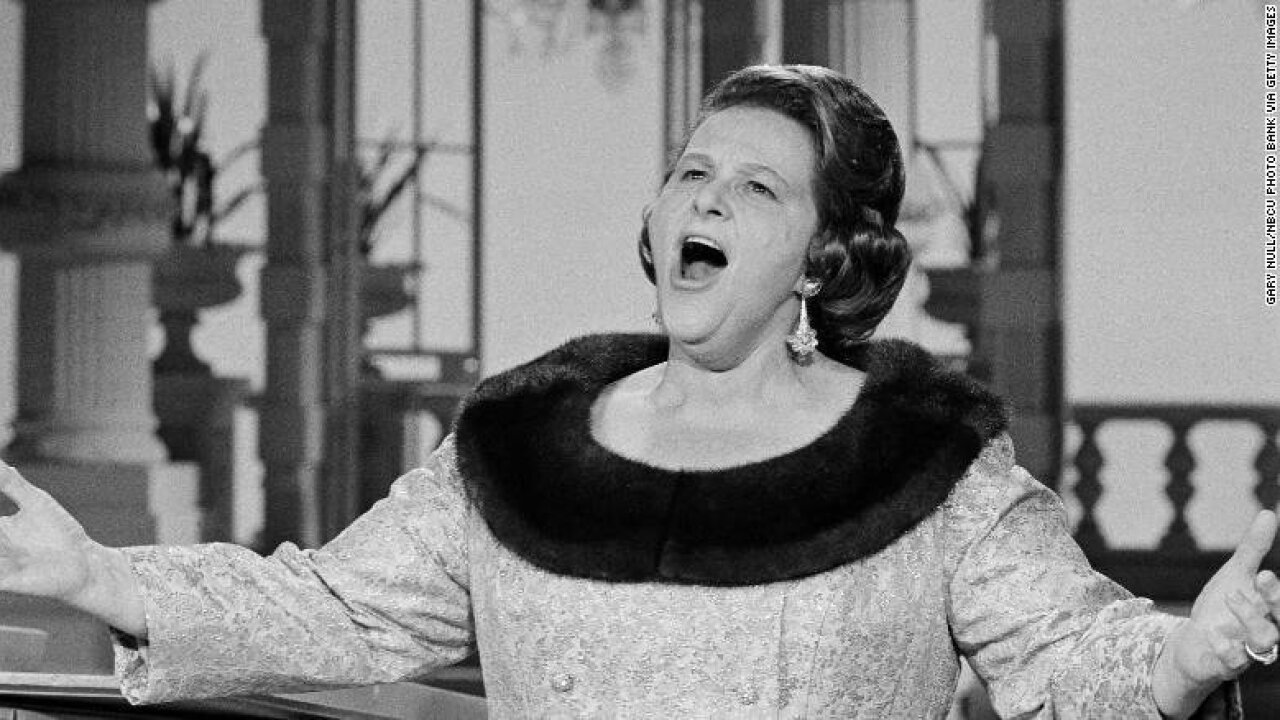 For years, baseball’s New York Yankees and hockey’s Philadelphia Flyers have played singer Kate Smith’s famous rendition of “God Bless America” during games. But those long-time traditions have been halted over allegations that other songs performed by Smith — one of America’s biggest singing stars during the early 20th century — are racist. CREDIT: Gary Null/NBC Universal Photo Bank via Getty Images

But those long-time traditions have been halted over allegations that other songs performed by Smith — one of America’s biggest singing stars during the early 20th century — are racist.

Smith is closely tied to the NHL’s Philadelphia Flyers because she performed “God Bless America” before Flyers games in the 1970s. A year after her 1986 death, the team erected a statue in her honor outside of its arena.

Now the team won’t play her version of the song during games and will cover up her statue.

“We have recently become aware that several songs performed by Kate Smith contain offensive lyrics that do not reflect our values as an organization,” the Flyers said in a statement to CNN.

“As we continue to look into this serious matter, we are removing Kate Smith’s recording of ‘God Bless America’ from our library and covering up the statue that stands outside of our arena.”

The Yankees said the team also was no longer playing Smith’s iconic 1939 version of the song. It had been a fixture at games since the September 11, 2001, attacks, the team said. It stopped playing it three games into the season, which began April 1.

One of them is her 1931 rendition of “That’s Why Darkies Were Born,” which has lyrics that read:

“Someone had to pick the cotton,

Someone had to plant the corn,

Someone had to slave and be able to sing,

That’s why darkies were born”

The other is her 1933 recording, “Pickaninny Heaven,” which asks “colored children” living in an orphanage to dream about a magical place “great big watermelons.”

In a statement, the Yankees said they had “been made aware of a recording that had been previously unknown to us and decided to immediately and carefully review this new information. The Yankees take social, racial and cultural insensitivities very seriously. And while no final conclusions have been made, we are erring on the side of sensitivity.”

Her version of the song has been replaced with other versions.