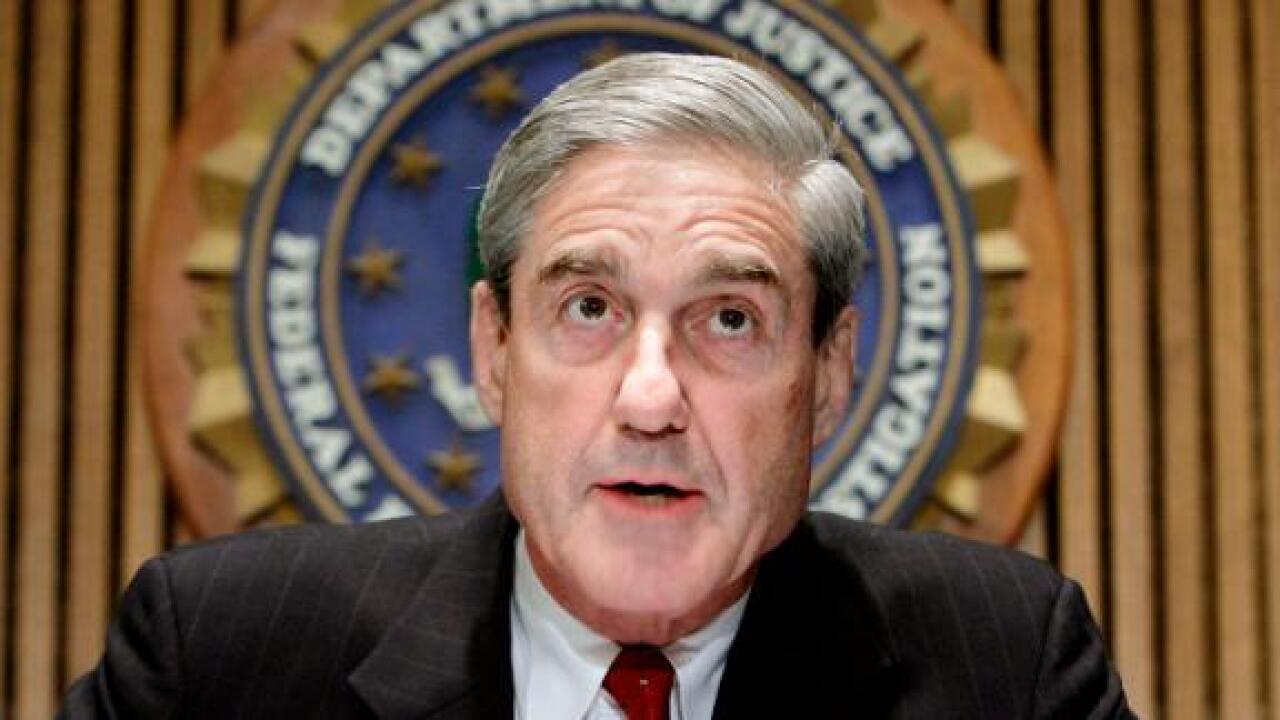 WASHINGTON — After years of investigating, the Department of Justice released a redacted copy of special counsel Robert Mueller’s report Thursday.

The report is nearly 400 pages and covers subjects ranging from questions about Russian interference in the 2016 US presidential election to whether President Donald Trump obstructed justice.

Special counsel Robert Mueller’s investigation into possible obstruction of justice could not clear President Donald Trump, stating the President’s actions and intent “presents difficult issues that prevent us from conclusively determining that no criminal conduct occurred,” according to a redacted version of the special counsel’s report released Thursday.

The special counsel’s investigation into possible collusion found that members of the Trump campaign knew they would benefit from Russia’s illegal actions to influence the election, but didn’t take criminal steps to help, the Mueller report said.

“With respect to whether the President can be found to have obstructed justice by exercising his powers under Article II of the Constitution, we concluded that Congress has the authority to prohibit a President’s corrupt use of his authority in order to protect the integrity of the administration of justice.”

Attorney General William Barr released the report after holding a press conference where he defended his conclusion there wasn’t sufficient evidence to prosecute an obstruction case.

“After nearly two years of investigation, thousands of subpoenas, and hundreds of warrants and witness interviews, the special counsel confirmed that the Russian government sponsored efforts to illegally interfere with the 2016 presidential election, but did not find that the Trump campaign or other Americans colluded in those schemes,” Barr said.

On the collusion investigation, Mueller specifically stated Trump’s presidential campaign “showed interest” in WikiLeaks’ releases of emails that the Russians stole from the Democrats to hurt his 2016 opponent Hillary Clinton.

“Although the investigation established that the Russian government perceived it would benefit from a Trump presidency and worked to secure that outcome, and that the campaign expected it would benefit electorally from information stolen and released through Russian efforts, the investigation did not establish that members of the Trump campaign conspired or coordinated with the Russian government in the election interference activities,” the report said.

10 episodes of potential obstruction by Trump

Mueller did not make a “traditional prosecutorial judgment” on the obstruction question, Barr said. Instead, Barr said he concluded the evidence was “not sufficient to establish that the President committed an obstruction-of-justice offense.”

“The President took no act that in fact deprived the special counsel of the documents and witnesses necessary to complete his investigation,” Barr said.

“Apart from whether the acts were obstructive, this evidence of non-corrupt motives weighs heavily against any allegation that the President had a corrupt intent to obstruct the investigation,” he added.

Barr said the President’s lawyers were permitted to read the redacted version of the report, but the President would not assert executive privilege.

Fight over full report
Democrats have demanded to see Mueller’s full, unredacted report, charging that Barr cannot be trusted to provide an accurate accounting of Mueller’s findings as a Trump political appointee who previously argued against the merits of an obstruction case against the President.

Congressional Democrats rose up in anger at Barr’s decision to hold a press conference before the release of the report. Five House Democratic committee chairs said in a joint statement Wednesday night that Barr should cancel the press conference and slammed Barr.

“With the Special Counsel’s fact-gathering work concluded, it is now Congress’ responsibility to assess the findings and evidence and proceed accordingly,” the joint statement read.

House Speaker Nancy Pelosi and Senate Minority Leader Chuck Schumer jointly called for Mueller to testify before Congress publicly, saying there was a “crisis of confidence” in Barr’s independence and impartiality.

“We believe the only way to begin restoring public trust in the handling of the special counsel’s investigation is for special counsel Mueller himself to provide public testimony in the House and Senate as soon as possible,” they said.

Democrats have been particularly suspicious at the fact that Barr and Deputy Attorney General Rod Rosenstein made the decision there was not sufficient evidence to prosecute such a case, especially in light of reports that some on Mueller’s team have told others they were unsatisfied with Barr’s characterization of the investigation.

In a series of tweets on Wednesday, House Judiciary Committee Chairman Jerry Nadler questioned why Barr was having a press conference to explain the report at all, saying he was “deeply troubled by reports” the White House had been briefed on the report ahead of release, as The New York Times reported. He likewise said it was “wrong” for the Justice Department to time the release of the redacted report to Congress for after Barr’s press conference.

Congress will get to see a little bit more of Mueller’s report and his findings than the general public once the report is delivered to them.

Federal prosecutors said in a court filing related to the case against Trump associate Roger Stone on Wednesday that there would be two versions of the redacted special counsel report, with one for public release and another, less redacted, version for a limited number of members of Congress.

Congressional Democrats have already authorized a subpoena for the full report and the underlying evidence, and they urged Barr to change course and provide them an unredacted version. They’re likely to move forward now with the subpoena, which could spark a court battle between House Democrats and the Trump administration.

Barr said Thursday he would redact four types of information before making the report public: grand jury material, classified material, material about ongoing investigations and “information that would unduly infringe on the personal privacy and reputational interests of peripheral third parties.”