Hopewell firefighter who fought his own demons now helping others: ‘It’s not a place that I want anyone else to be’ 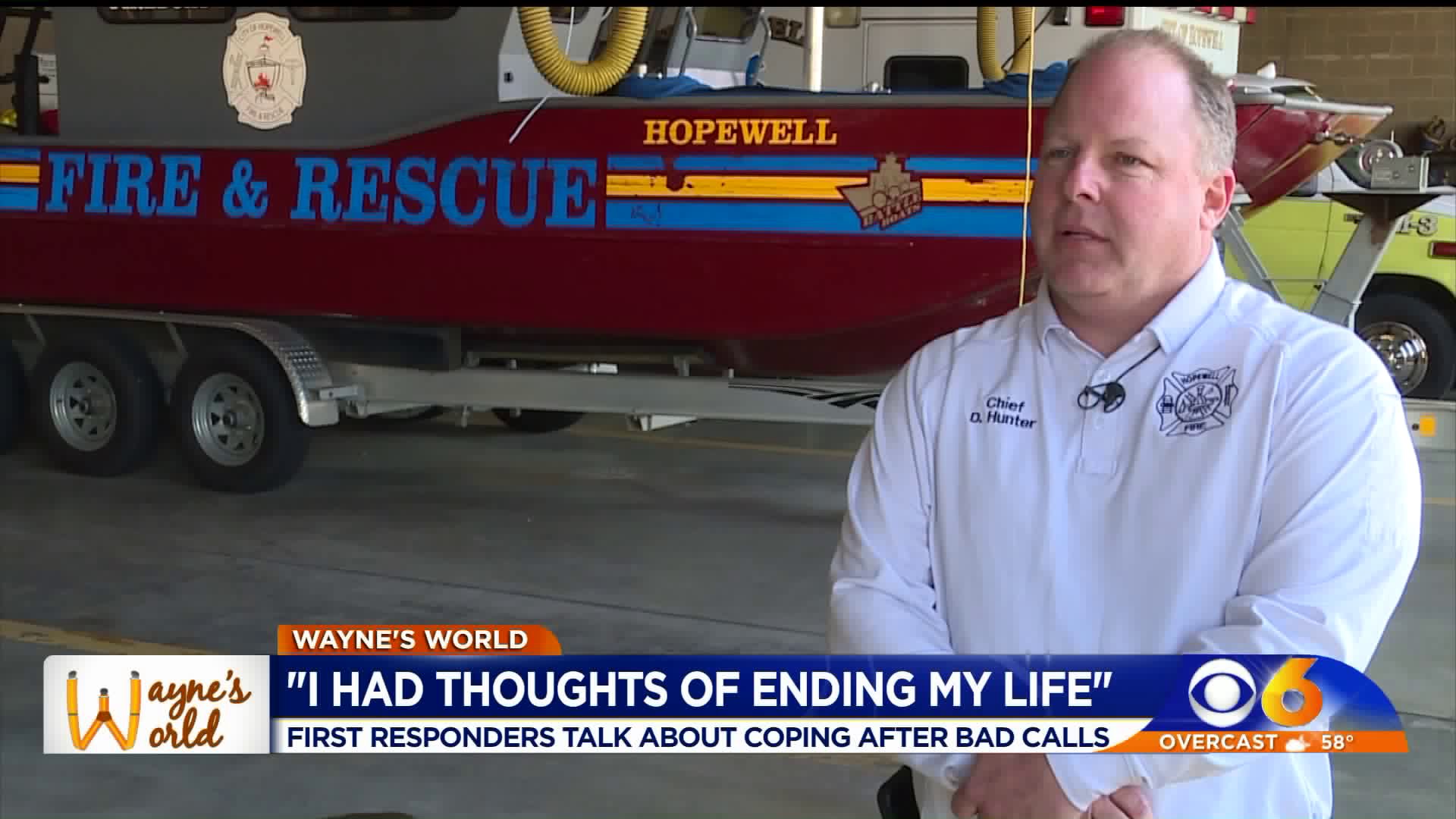 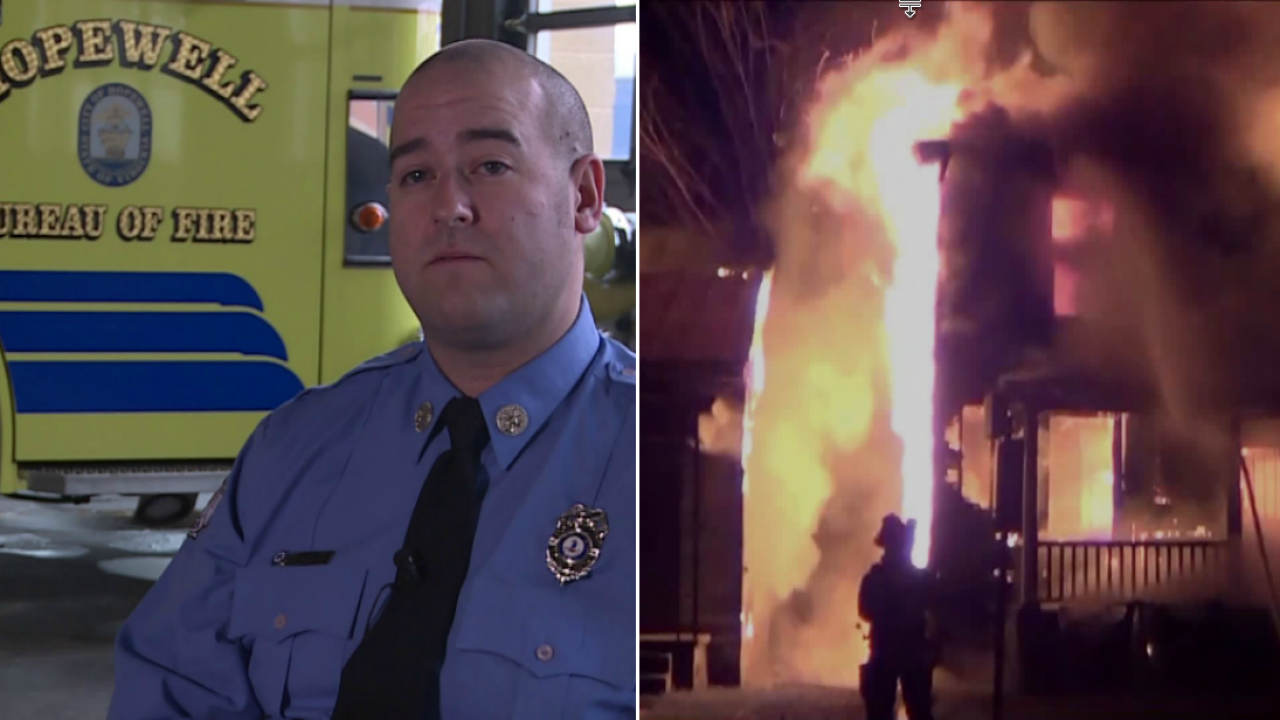 The lesson plan had nothing to do with putting out flames, at least, not the kind that burn externally.

The class was put on by the Virginia First Responder Support Services, a non-profit charity that, according to its website, trains first responders to handle emotional and mental health needs with a focus on peer support.

“If you don't deal with these things, if you don't acknowledge them and see them for what they are, they are going to come back and they get stronger."

Hopewell Fire Chief Donny Hunter says he signed up his crew at the recommendation of one of his firefighters, Ben Gomes.

“Taking that first step is the hardest,” said Gomes.

A husband and father of two, Gomes has spent most of his life as a first responder, in some way, shape, or form.

Prior to becoming a firefighter, he worked as a dispatcher for the Richmond Ambulance Authority.

He was trained to talk other people through crises, but years of witnessing and hearing about tragedies – like the time he took a call about a suicide, and it turned out to be one of his close friends – began to take a toll on his emotional health.

Then one day, he nearly lost all hope.

"I just woke up and had thoughts of just ending my life,” said Gomes.

“I started planning it out… it was a dark place to be in."

That’s when he knew he needed to seek help.

Gomes met with a doctor, who told him that years of dispatching and running EMS calls had led to a form post-traumatic stress disorder, commonly referred to as PTSD.

He knew he couldn’t stay silent.

"You know how much courage that takes for somebody to admit that, especially in this field,” said Capt. Mejias.

“I dare someone to make fun of something like that, I dare them, because to me, that's a courageous act.”

And Ben Gomes is not alone.

A 2017 study conducted by the Ruderman Family Foundation found that firefighters and police officers are more likely to die by suicide than be killed in the line of duty.

But for many first responders, asking for help is akin to admitting weakness.

"That's the hardest part for me, and for I think a lot of other people in this profession,” said Gomes.

So when he found out about the work of the VFRSS, Gomes was all in.

The classes aim to provide “confidential, nonjudgmental peer support.” In some cases, all that takes is a chat between colleagues. Other times, the help of a qualified mental health professional might be required.

"One of the things that surprised me most about the class was what feels like what would be extremely hard to do, is actually really not that hard,” said Chief Hunter.

“It just takes starting a conversation.”

As for Gomes, he’s no longer just a student. He now teaches for the VFRSS.

"To know that one of my guys had to go through that and he's still standing and he wants to make it better for other people… that's amazing,” said Capt. Mejias, who believes the classes should be mandatory for all first responders.

It’s all about having those discussions, according to Gomes, who doesn’t mind sharing a painful, personal experience, if it will help others find their way out of the darkness.

“It's not a place that I want anyone else to be in."