The amount of plastic in the ocean is a lot worse than we thought, study says 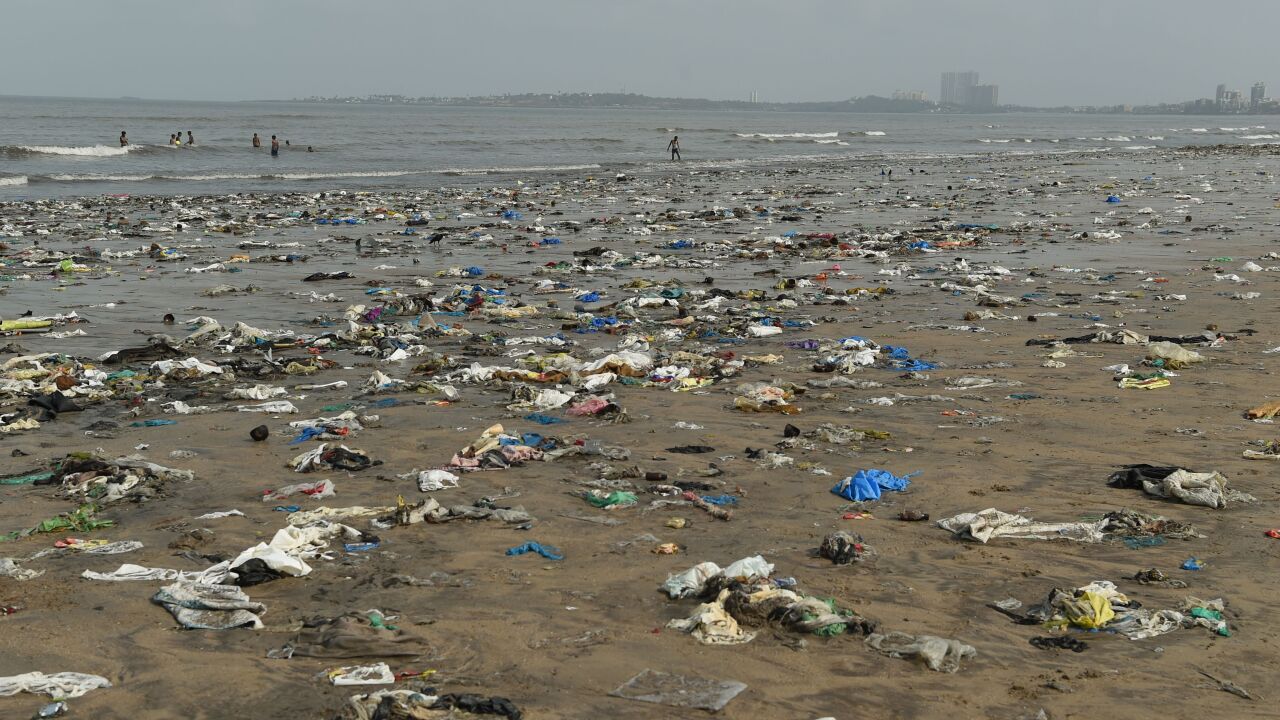 If you’re sad when you see stories about dead whales washing ashore with dozens of pounds of plastic in their bellies or feel guilty when you forget to bring your reusable bags to the grocery store, there’s a good reason.

The amount of plastic that’s been dumped into the ocean has been increasing, according to a new study, and the problem will probably get worse.

Scientists call plastic litter “one of this generation’s key environmental challenges” because it is a persistent pollution that hurts wildlife, the ocean itself and might hurt humans.

Many stories and studies have focused on microplastic, the smaller stuff that plastic items like bottles, toothbrushes and shopping bags get broken into by ocean currents and exposure to ultraviolet light. The new study, published Tuesday in the journal Nature Communications, finds that there’s been a significant increase in macroplastic pollution, too: entire plastic bags, plastic fishing gear and other items.

The increase in large plastic pollution has been happening since 1957, with a significant increase since the 1990s, according to this study.

The researchers didn’t set out to do a study about plastic pollution. They were initially studying plankton.

“This happened through chatting with the guys that do the metal work to fix the equipment and the volunteers working to tow the recorders,” said study co-author Clare Ostle, a research scientist at the Marine Biological Association in the UK. “They were talking about how this plastic kept getting tangled up in the equipment.”

There are very few historical records of ocean plastic pollution, she said, so the researchers used the incidents to investigate exactly how much plastic pollution there was and how often these entanglements happened.

Ostle and her team looked at 60 years worth of ocean data covering over 6.5 million nautical miles in the North Atlantic and adjacent seas. They found that plastic entanglement on the equipment used to measure plankton increased by about 10 times from 2000 on.

“We have known that plastic production has increased, and although there are a number of studies that have shown increased concentrations of plastic up to the 1990s, these studies have not been able to demonstrate the expected increase in plastics in open ocean surface waters,” Ostle said.

The findings are in line with what is known about the amount of plastic produced in the world.

A previous study found that between 4.8 million and 12.7 million metric tons of plastic entered the ocean in 2010 from people living within 50 kilometers (31 miles) of the coastline.

Global plastic production has quadrupled over the past four decades, a separate new study found.

That study, published Monday in the journal Nature Climate Change, found that if the trend continues, the making of plastics will comprise 15% of greenhouse gas emissions by 2050; by comparison, all of the world’s forms of transportation now account for 15% of emissions.

“This is long-lasting damage. It is such an important problem to solve, but the only way to do that is to stop putting it in the ocean,” said Jacqueline Savitz, who did not work on the new studies but serves as chief policy officer for North America for Oceana, a nonpartisan nonprofit dedicated to protecting and restoring the oceans.

Savitz said she’s been encouraged to see people try to reduce their carbon footprint by turning to alternatives like electric cars, but that also means petroleum companies are looking for alternative markets for their products. She’s watched the growth of plastic manufacturing plants in Pennsylvania and Texas with increasing concern.

“Plastic is a cheap product to make, but it comes at a high price to our environment,” Savitz said. “I can’t even stand the thought of it, when I go to the beach and see all the plastic on the waves and in the sand. It’s found in most every bird stomach and in sea turtles and whales that starve to death, and the problem is getting much worse.”

Ostle said she has been encouraged by the increase in public awareness about plastic pollution.

“Many people now use reusable bags, recycle where possible and shop consciously by choosing to take food or drink items with less plastic,” she said. “I very much hope that this awareness surrounding plastics will continue and spill over into other environmental issues such as our emissions.”

Savitz agreed that “individual action can help, but we don’t want the individual to feel like they are the problem. What we really want is for companies to give us choices of more plastic-free products or products that can be reused or refillable. We need to change the structure of our commerce to protect our marine health and our own.”