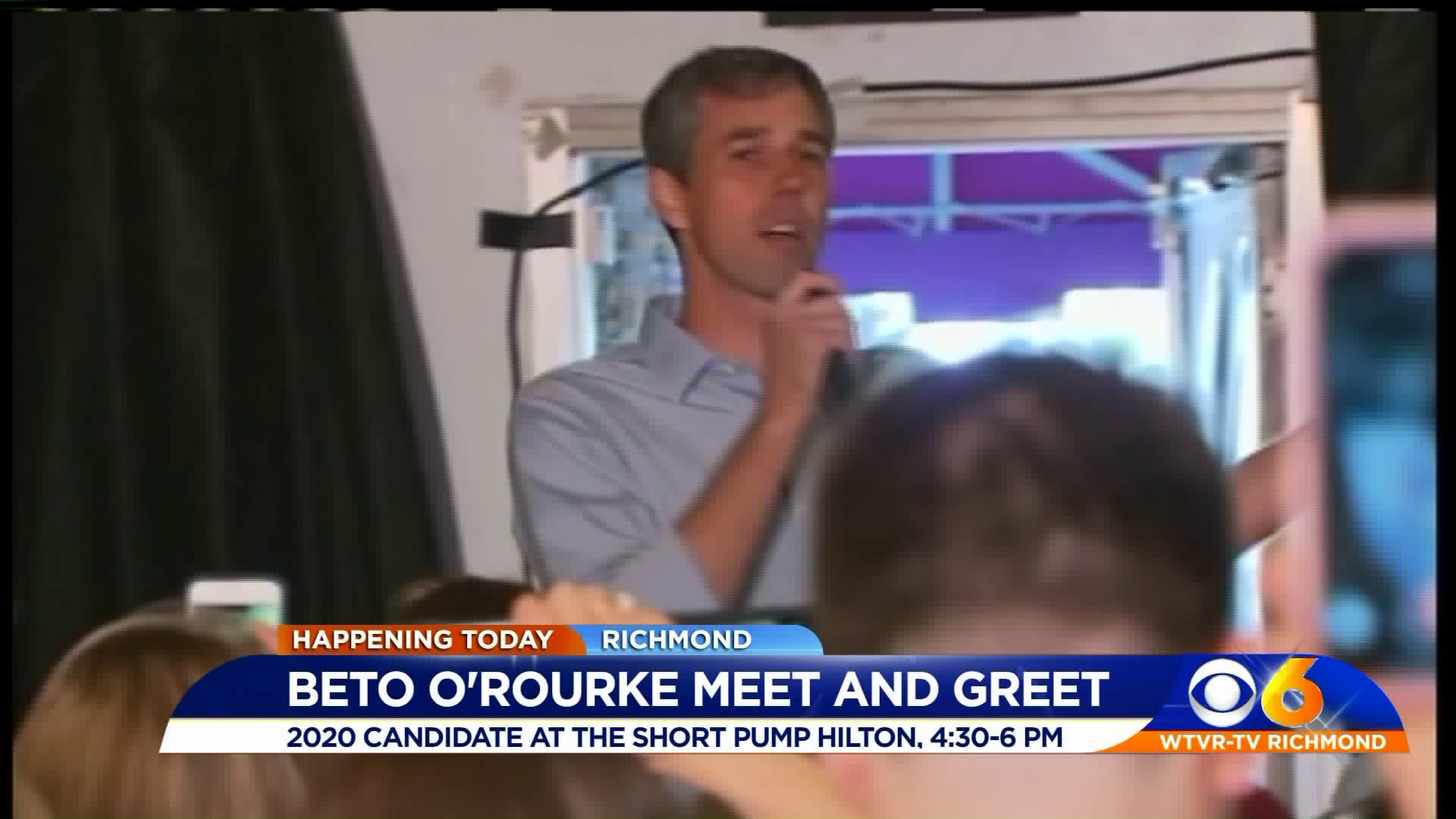 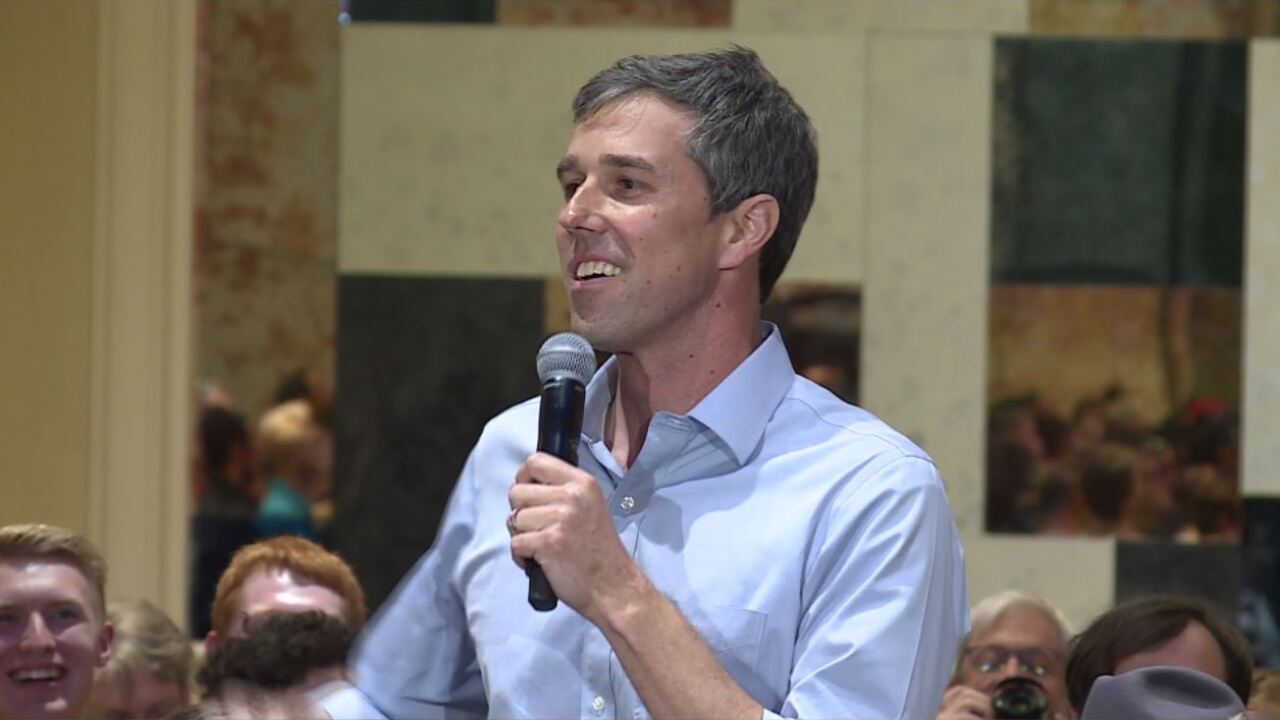 GLEN ALLEN, Va. -- 2020 presidential candidate Beto O'Rourke is campaigning in Virginia. After campaign stops in Hampton Roads Tuesday morning, he will appear at the Hilton Short Pump Ballroom Tuesday afternoon for a meet and greet. Ticket information is available here.

O'Rourke is one of more than a dozen Democrats who have officially entered into the 2020 presidential race. He is the first to officially campaign in Virginia.

The Texan ran unsuccessfully for a Senate seat in 2018 while serving his third term in the House. With roots in El Paso, O'Rourke gained national attention during his Senate race when a video of him answering a question about NFL players kneeling during the National Anthem went viral.

He made an off-the-cuff riff about the civil rights movement as he defended players for making their case "nonviolently, peacefully, while the eyes of this country are watching."

O'Rourke raised $9.4 million in the first 18 days of his bid for the 2020 Democratic presidential nomination, his campaign announced earlier this month. O'Rourke's strength as a small-dollar fundraiser was part of what propelled him from a loss in last year's Texas Senate race -- where he smashed Senate campaign fundraising records with an $80 million haul -- to the 2020 presidential campaign.

He has sworn off donations from lobbyists and political action committees. Saying that his run for president is fueled by "no PACs, just people" is among his most frequent talking points on the campaign trail as he calls for limits on the influence of money in politics.

"In just 18 days, people in every state and from every walk of life have organized in homes, contributed a few bucks online and united together to show that the power of people is far greater than the PACs, corporations and special interest that have captured, corrupted and corroded our democracy for far too long," O'Rourke said in a statement. "Not only is this a sign of our grassroots strength during the first two weeks of our campaign but it is a sign of what's possible when you put your full trust in the people of this country."

This week O'Rourke released ten years of his tax returns, pledging to also soon release his 2018 returns as well.

"As a candidate aspiring to restore the American people's trust in the nation's highest office, O'Rourke will also release his 2018 tax returns as soon as possible after they are filed," his campaign said in a news release.