Explosion heard as 8,000-square-foot Goochland home burned to the ground 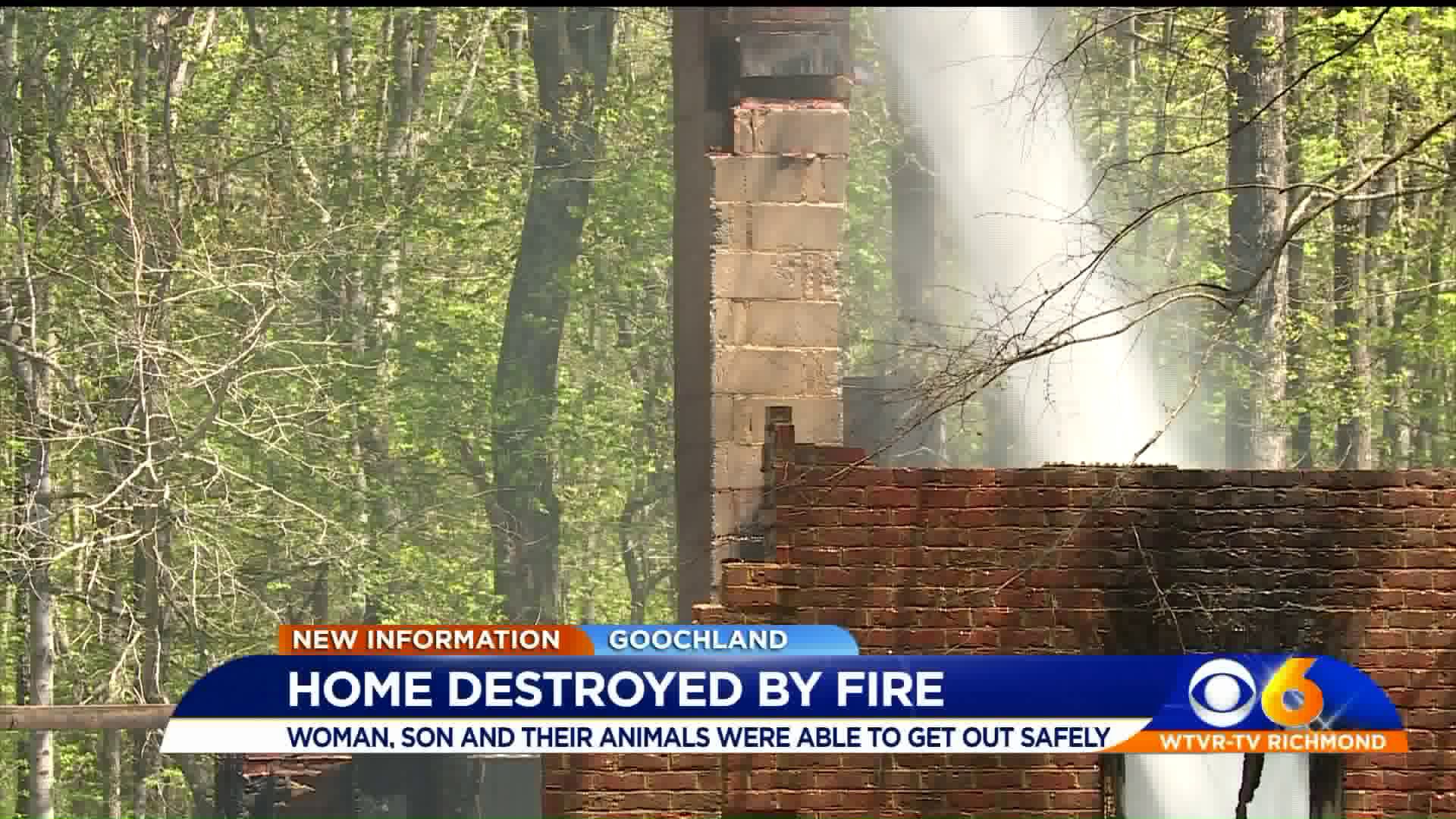 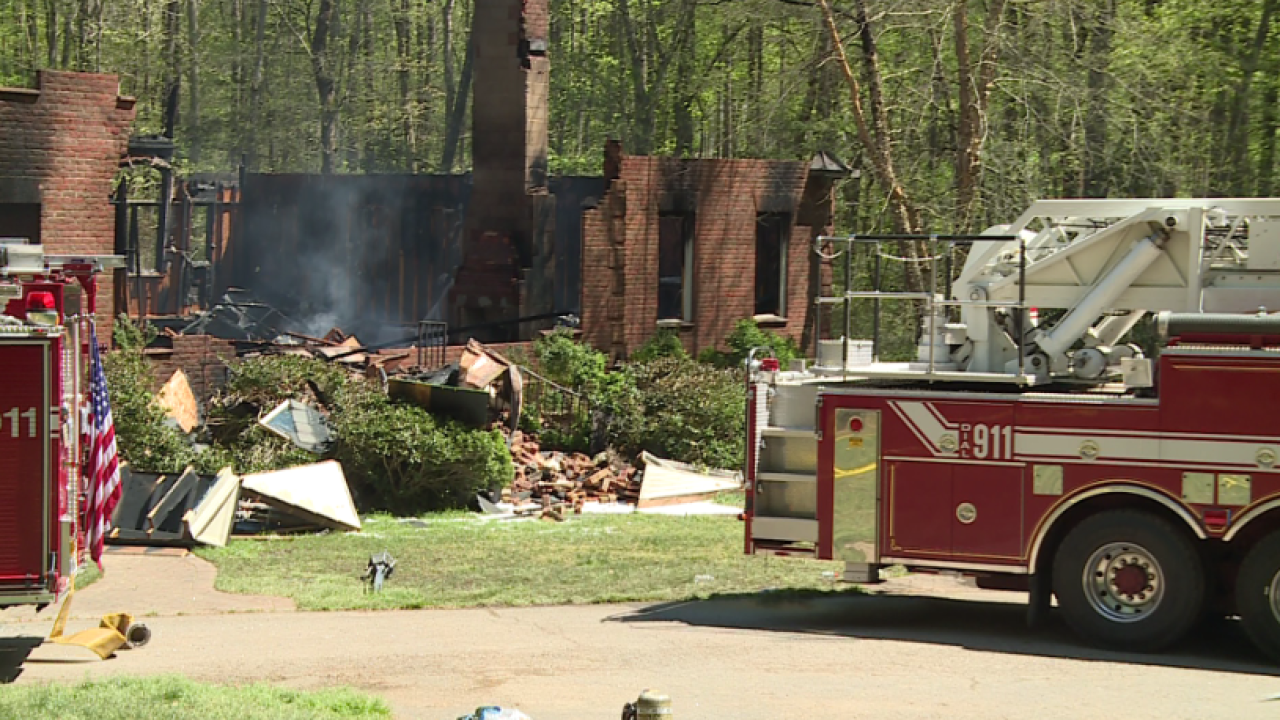 GOOCHLAND COUNTY, Va. -- An 8,000-square-foot home in Goochland County was destroyed by a fire Tuesday morning.

At 8:10 a.m., Goochland County fire crews responded to a call for a structure fire in the 500 blk of Joe Brook Court, in the eastern end of the county.

Crews arrived at the scene at 8:22 a.m. to find the attached garage of the home heavily engulfed in flames with the fire spreading throughout the home.

Officials say a mother and her son were inside the home at the time of the fire. They were able to get out of the home safely along with their pets. 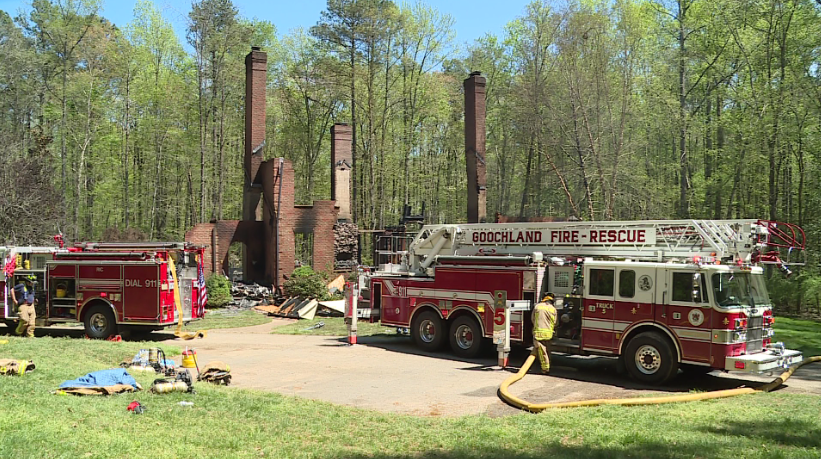 Shortly after crews arrived on the scene, there was a big explosion inside the home.

"There was an explosion on the fire scene where large amounts of roofing material came off the top of the home," said Ferguson. "That’s still under investigation and we’re still looking into that.”

The cause of the fire is undetermined, officials say.