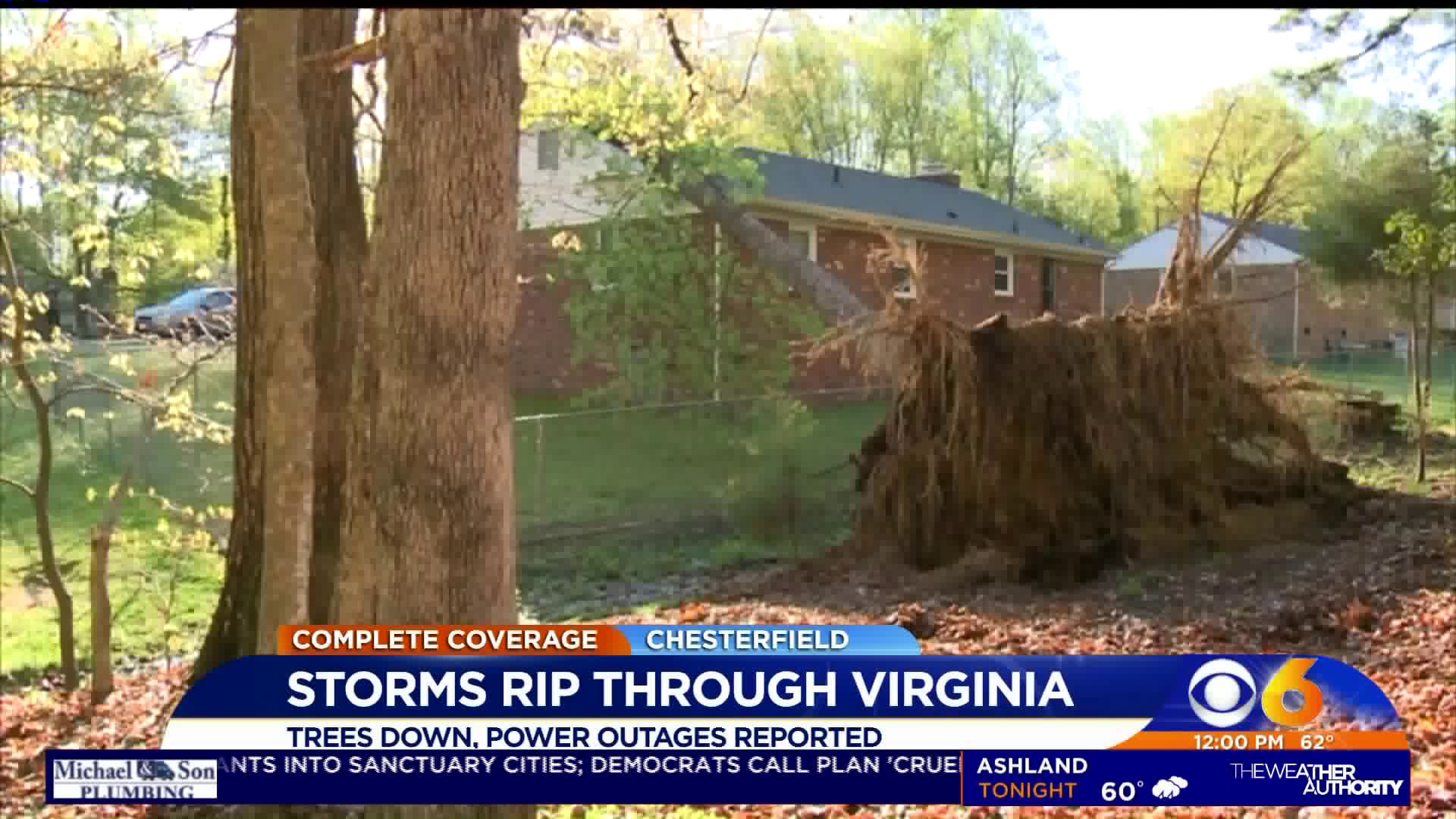 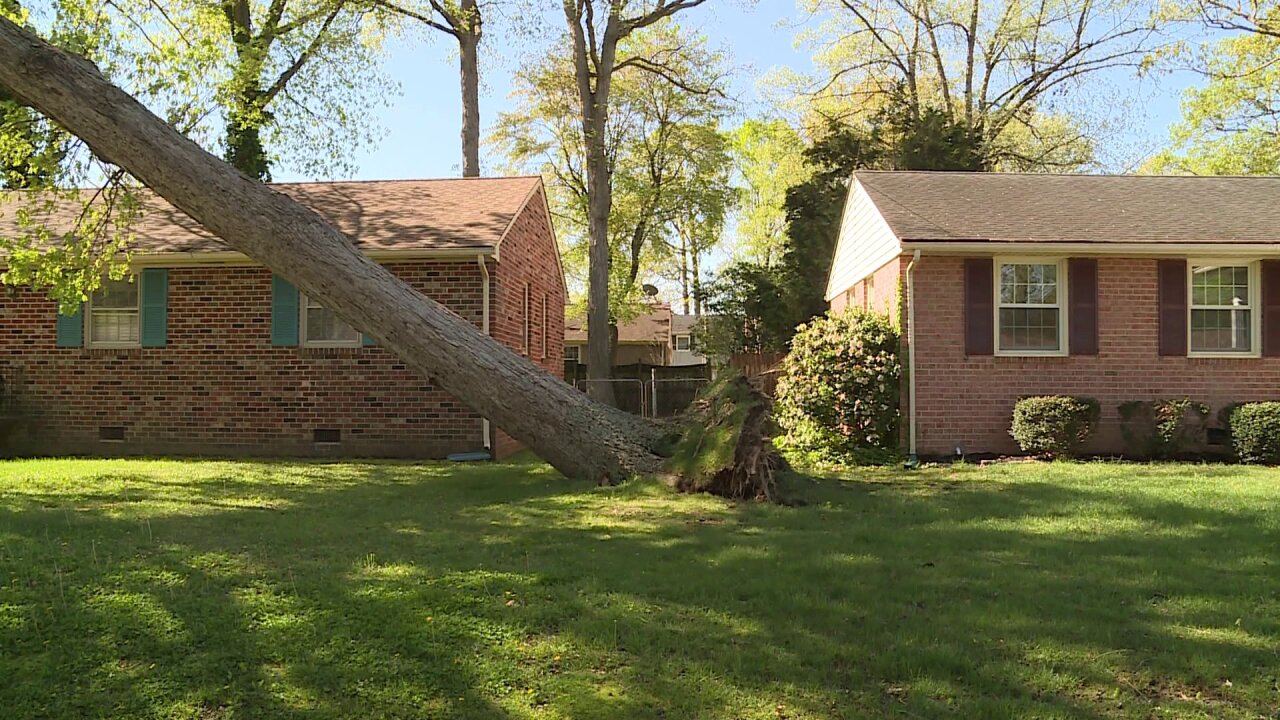 MIDLOTHIAN, Va. -- Across the Richmond Metro area, several people are surveying the damage left behind from storms Sunday night and early Monday morning.

"The main thing is nobody got hurt," said Nick Ramotar. "Trees is just a tree. Everything else is replaceable."

"It was a huge crackling. I thought it was hail," he added.

The storm knocked out power for tens of thousands of people in Metro Richmond. As of 7 p.m., 2,300 Richmond Metro/Tri-Cities residents and businesses remained without power.

Dominion Energy has released a list of estimated restoration times for the Central Virginia Region.