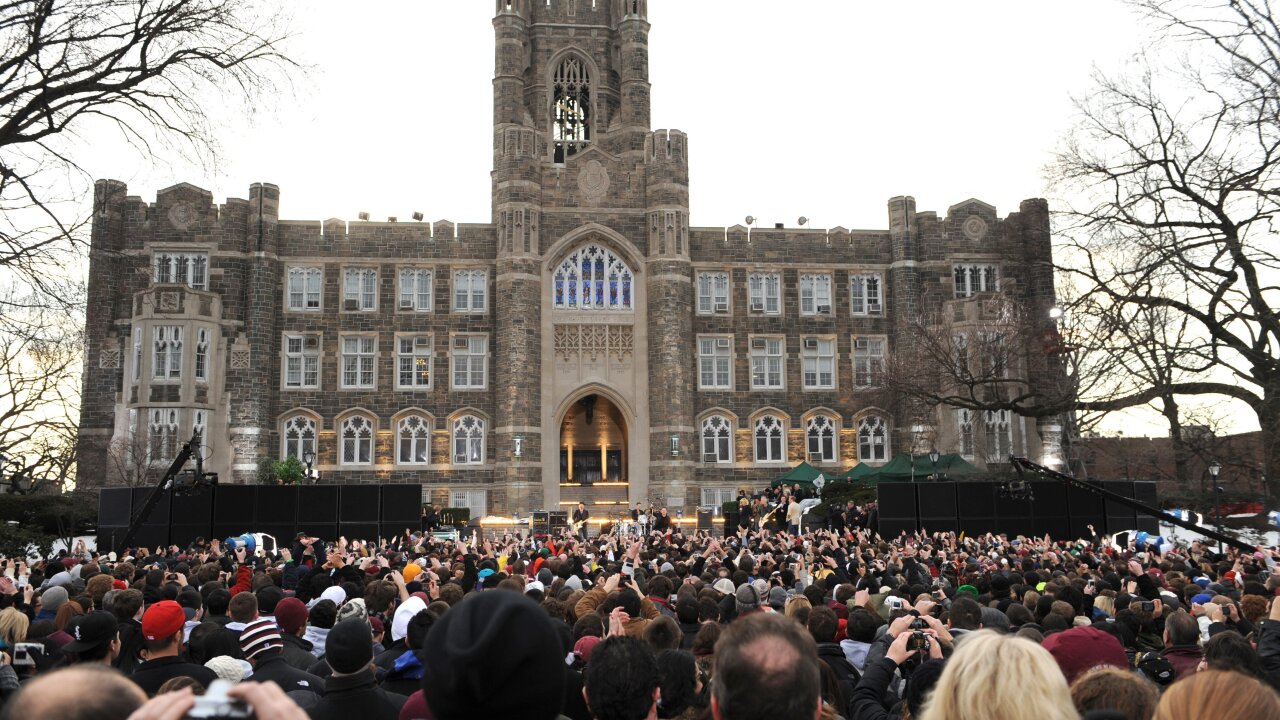 A 22-year-old female Fordham University student was critically injured after falling from a clock tower in Keating Hall according to the university.

A Fordham University student who fell about 30 feet from inside a clock tower early Sunday has died, school officials said.

Sydney Monfries was climbing the Keating Clock tower about 3 a.m. when the fall occurred on the Bronx, New York, campus of the Jesuit university. The senior, who was critically injured, was taken to St. Barnabas Hospital.

“There are no words sufficient to describe the loss of someone so young and full of promise — and mere weeks from graduation,” university President Joseph M. McShane, said in a statement. “Fordham will confer a bachelor’s degree upon Sydney posthumously, which we will present to her parents at the appropriate time.”

Fordham was scheduled to hold a mass for Monfries on Sunday evening.

The university said authorized school officials “have sometimes given tours of the tower, in part to satisfy students’ curiosity about it, and reduce the likelihood that they would attempt to enter the structure without authorization.”

The tower is the central part of Keating Hall on the university’s Rose Hill campus. Built in the 1930s, the building’s Gothic architecture has featured in several movies, including scenes in “The Exorcist” and “A Beautiful Mind.” The building also serves as the backdrop to commencement ceremonies.

The tower has a clock mechanism and a tank for firefighting water, according to school officials. But there is no bell in the tower, the school said. The sounds of bells tolling are a recording.