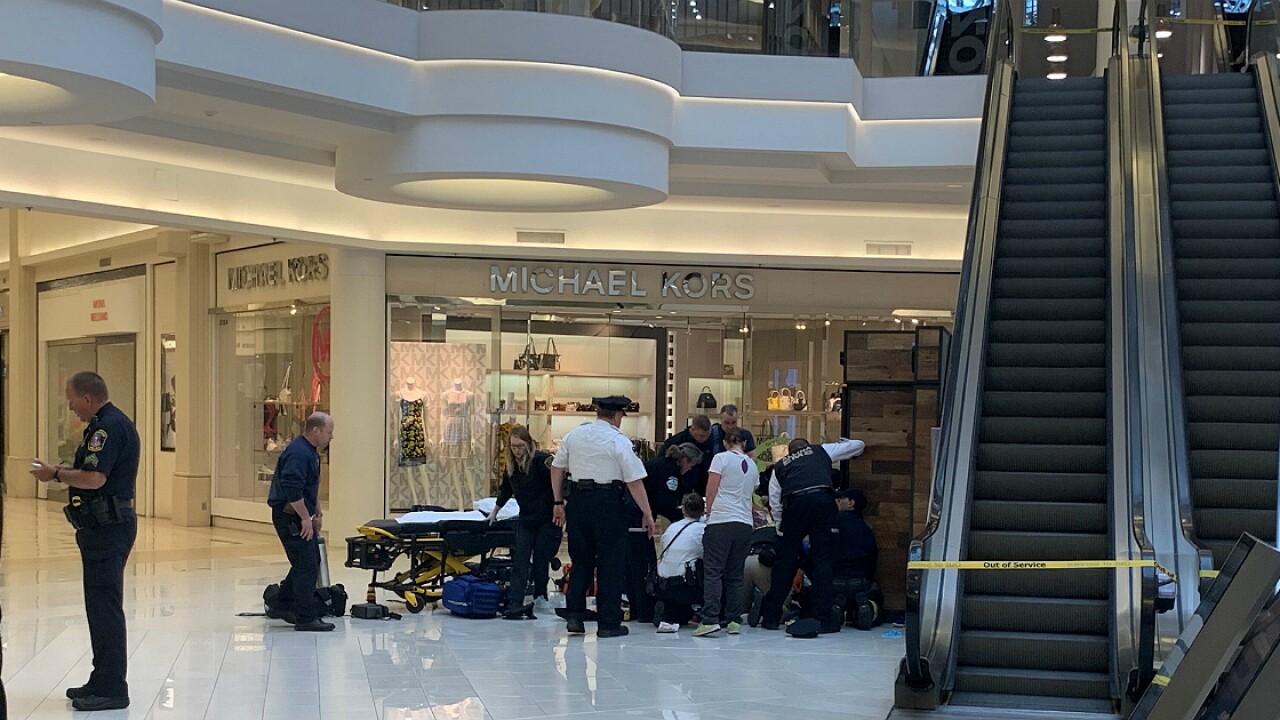 MINNEAPOLIS — The man arrested for allegedly pushing or throwing a child from the third floor of the Mall of America in Minnesota had been banned from the mall in the past, and once told police he had anger issues, court records show.

Emmanuel Deshawn Aranda, 24, was charged with attempted homicide after witnesses said a man either pushed or threw the 5 -year-old child at the mall in Bloomington and took off running after the incident, police said.

Aranda was found inside the mall’s transit station and arrested.

“The child did suffer significant injuries,” Police Chief Jeff Potts said. “The child has been transported to the hospital and has been receiving care.”

At this point, police do not believe there is a relationship between the family of the child and the suspect, Potts said.

Suspect has a history with the mall

Aranda lives in the Bloomington area and has a series of arrests and convictions related to the mall.

He had been banned from Mall of America in the past, and was convicted of misdemeanors in two separate incidents there in 2015.

Court records obtained by CNN affiliate WCCO show that in July 2015, he was charged with causing damage inside stores after he threw items off the upper level of the mall to the lower level.

Months later, in October of that same year, he was accused of throwing glasses of ice water and tea at a woman in a restaurant at the mall after she refused to buy him food, the records show. In that incident, he got into a physical scuffle with the manager of the restaurant, sending panicked diners fleeing, court records show.

In an unrelated incident in August of the same year, witnesses saw Aranda smashing computers on the floor in the Minneapolis library, causing approximately $5,000 in damage, according to a 2015 complaint.

Police were called and arrested him without incident after finding him at a bus stop across the street.

In a recorded statement, he told authorities that he got “angry after he read something on the Facebook” and so he smashed five computers, screens and keyboards, court records show. “He said he has some anger issues and told the officer that it does not happen all the time,” the complaint said.

A witness told WCCO that the child’s mother was screaming that someone had thrown her child from the balcony.

“She was screaming, ‘Everyone pray, everyone pray. Oh my God, my baby, someone threw him over the edge,'” Brian Johnson told WCCO.

Mall of America said any additional information about the incident would come from police.