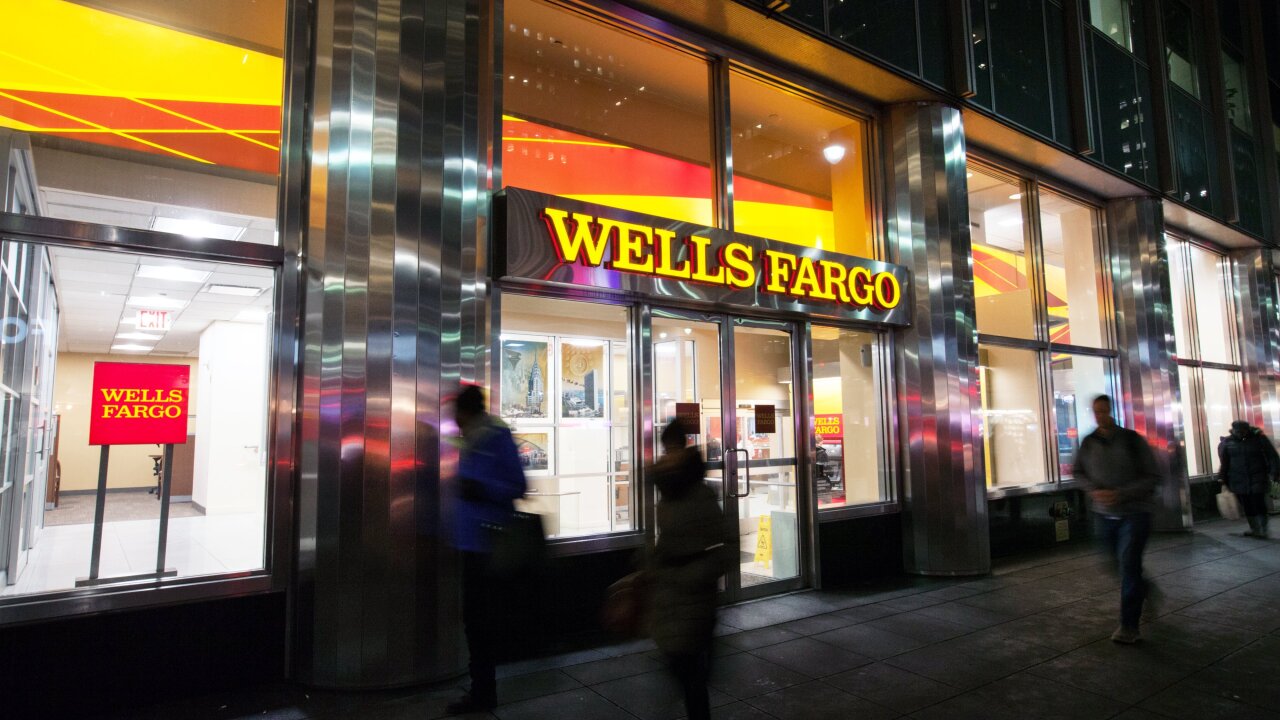 Wells Fargo’s lending and deposits continue to shrink but the crisis-stricken bank managed to grow its bottom line during the first quarter.

Wells Fargo’s lending and deposits continue to shrink but the crisis-stricken bank managed to grow its bottom line during the first quarter.

It’s the bank’s first earnings report since Tim Sloan stepped down suddenly as CEO late last month. Sloan, a three-decade veteran of Wells Fargo, struggled to move the bank past two-and-a-half years of scandals that have hurt its reputation and its bottom line.

Even as other big banks grow deposits, Wells Fargo reported a 3% decline in total average deposits during the first quarter to $1.3 trillion. The bank blamed lower wholesale banking and a decrease in wealth and investment management deposits.

“Wells Fargo is underperforming its peers at a time when the economy is strong,” said Ken Leon, an analyst at CFRA Research. “The entire management team is distracted by compliance and risk issues.”

Looking ahead, Wells Fargo warned of trouble because of the flattening yield curve. During a conference call, the bank downgraded its forecast for net interest income, forecasting it could drop between 2% and 5% in 2019. Wells Fargo cited the shrinking gap between short and long-term bond yields — a development that makes it harder for banks to make money.

Stuck in the penalty box

Unlike JPMorgan, Wells Fargo is grappling with unprecedented sanctions from the Federal Reserve that prevent the bank from growing. Citing “widespread consumer abuses,” the Fed imposed an asset cap on Wells Fargo in early 2018. Wells Fargo has repeatedly extended the timing for when it thinks it will be able to convince regulators to lift the tough penalties — and the bank signaled on Friday it may not escape the penalty box any time soon.

Allen Parker, Wells Fargo’s interim CEO, said “we have a substantial amount of work yet to do” to satisfy regulators but promised the bank would “act assertively and decisively.”

“Accordingly, we do not feel it’s appropriate to provide guidance as to the timing of the lifting of the asset cap,” Parker said.

Wells Fargo blamed a decline in wholesale banking deposits on actions it took during the first half of 2018 to “manage to the asset cap.” The bank said wealth and investment management deposits were hurt by customers shifting cash to higher returning alternatives.

Wall Street analysts peppered Wells Fargo execs with questions about when the bank will hire a replacement for Sloan, a three-decade veteran of the bank.

Parker declined to give details on the board’s search process because he’s not involved. However, Parker said the board has hired an outside search firm and characterized the process as being in the “relatively early stages.”

While Wells Fargo’s board wants to move “urgently,” Parker said the “biggest priority is making the right decision.”

Warren Buffett, Wells Fargo’s leading shareholder, has urged the board of directors not to hire someone from Wall Street.

Wells Fargo’s legal troubles have taken a toll on Wells Fargo’s stock, which has flatlined since the fake-accounts scandal erupted in September 2016. Rivals Bank of America and Citigroup have seen their shares spike.