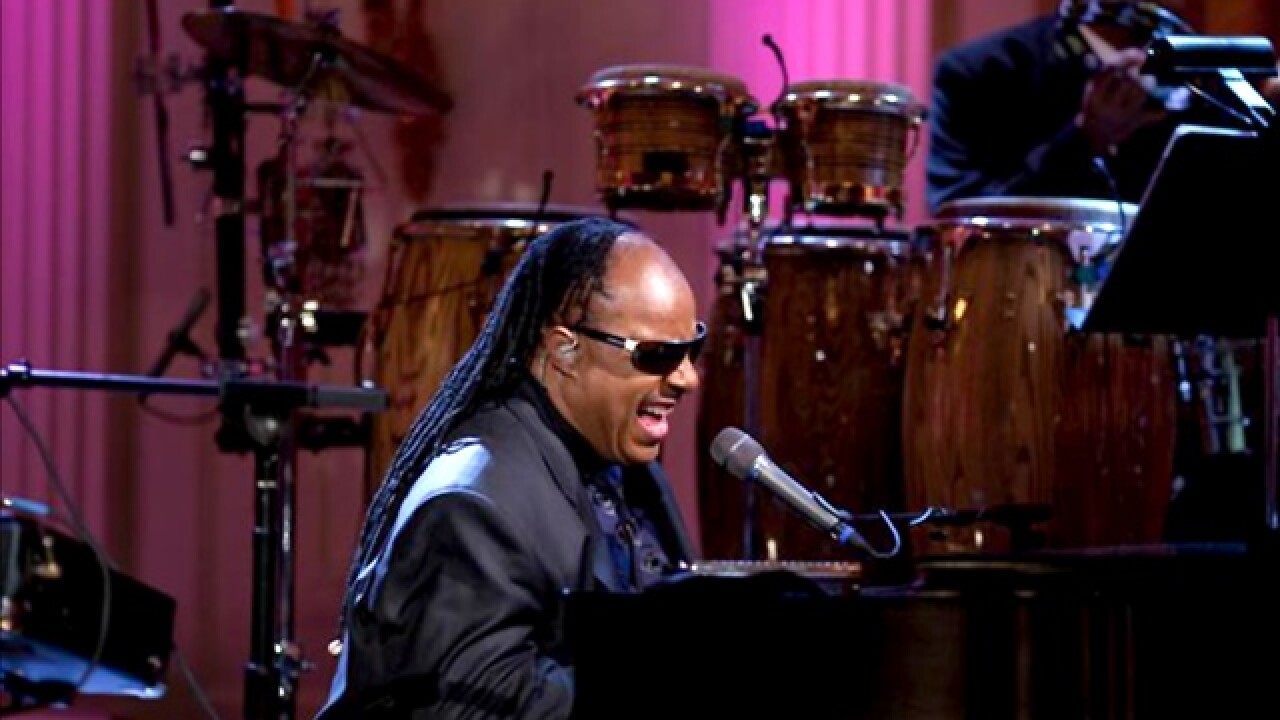 The appearance of the legendary Stevie Wonder at Nipsey Hussle’s funeral is just what the rapper wanted.

Nipsey told the world so in his 2016 song “Ocean Views,” which described how he wanted to be remembered after his death.

“My precedures, stay crackin ’til my life’s low / Then when I die, blue rag around my rifle / Hundred-thousand in my coffin, that’s just life though / Play a Stevie Wonder song, smoke some flight, bro / Crack a pint of Actavis then pour in some Sprite, bro / Until that day I’m walking toward what’s in my sights, though,” he rapped.

The two men hailed from different musical genres, but actually share some similarities.

Both were born in less than privileged circumstances — Wonder in Saginaw, Michigan, and Nipsey in South Central, Los Angeles — and were destined to be in the music industry.

They both have also firmly cemented themselves as activists as well as musical artists.

Over the years Wonder has championed multiple social causes including famine relief, AIDS and the ending of apartheid in South Africa.

The rapper not only spoke on community empowerment through entrepreneurship, but he also walked the walk with various ventures, including his music label and his Marathon Clothing store, as well as his talent and marketing company, Marathon Agency, and his Proud 2 Pay campaign to distribute his music.

Nipsey Hussle was more of a movement than a musician

In many ways, Wonder was ahead of his time in seeing the importance of technology in music.

“He’s always the first,” Lamar Mitchell, one of Wonder’s technology assistants, told Popular Science in 2009. “He was the first one to have a sampler. … He was one of the first guys messing with drum machine technology.”

Likewise, Nipsey Hussle was a tech enthusiast who at a young age learned how to build a personal computer.

Nipsey’s brother, Samiel Asghedom, spoke at his memorial Thursday of how the rapper later got ahold of software that he added to the computer to be able to record music on it.

The artist used his knowledge of technology to make his Marathon Clothing store one of the first “smart” stores in the hood.

“In our culture, there’s a narrative that says, ‘Follow the athletes, follow the entertainers,'” the rapper said in an interview with the Los Angeles Times last year. “And that’s cool, but there should be something that says, ‘Follow Elon Musk, follow (Mark) Zuckerberg.'”