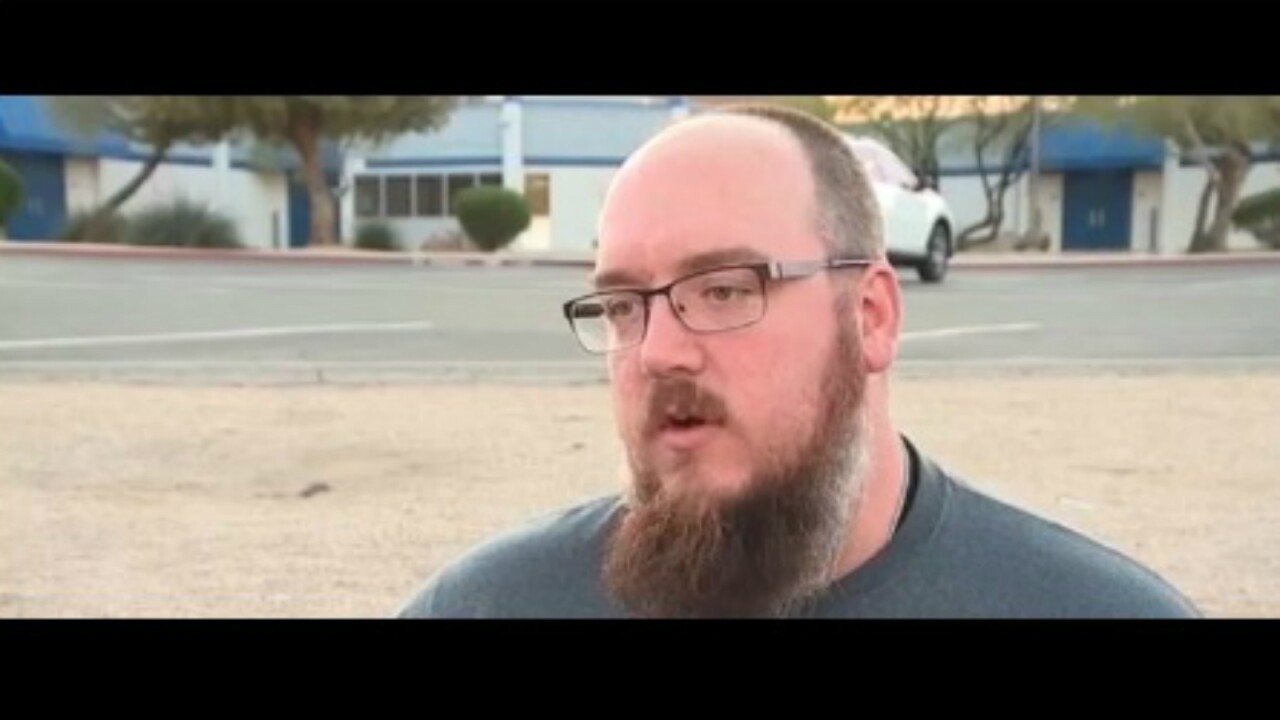 LAS VEGAS, Nev. — A Las Vegas father wants his son – who has autism – to wear a device that can track his whereabouts and listen to him at school after his former teacher was charged with felony child abuse last year.

Josh Wahrer, father of J.J. Wahrer, said he wants to have a better idea of what his son is facing at school and inside his classroom since his condition prevents him from speaking.

“There is no transparency with the school district that we’ve seen,” Wahrer said.

“We’ve been promised transparency,” he added.

Wahrer and the Clark County School District finished a 2-day hearing Wednesday regarding whether J.J. can be sent to school with the device.

The request comes after J.J.’s former teacher Melody Carter at Harmon Elementary was charged with felony child abuse for allegedly hitting J.J. with a wooden pointer in front of a teacher aide last summer.

“When stuff happens at school, we don’t get reports,” Wahrer said.

“During this process, we found out about incidents that we didn’t know about,” he added.

Wahrer said J.J. has suffered lingering effects from the abuse he experienced and he has escaped from his school more than once.

The Wahrers said they would get peace of mind if they sent J.J. to school with a device called AngelSense which has been opposed by the Clark County School District.

“The big concern for them is privacy,” Wahrer said.

“They believe there are conversations that happen throughout the day that my son might be around,” he added.

Wahrer said an independent hearing master will make a final decision April 22 regarding whether J.J. can wear the device.

Wahrer said in addition to the device, he would like compensatory education for J.J. since the abuse case has set him back, and additional training for staff who have contact with special needs students.