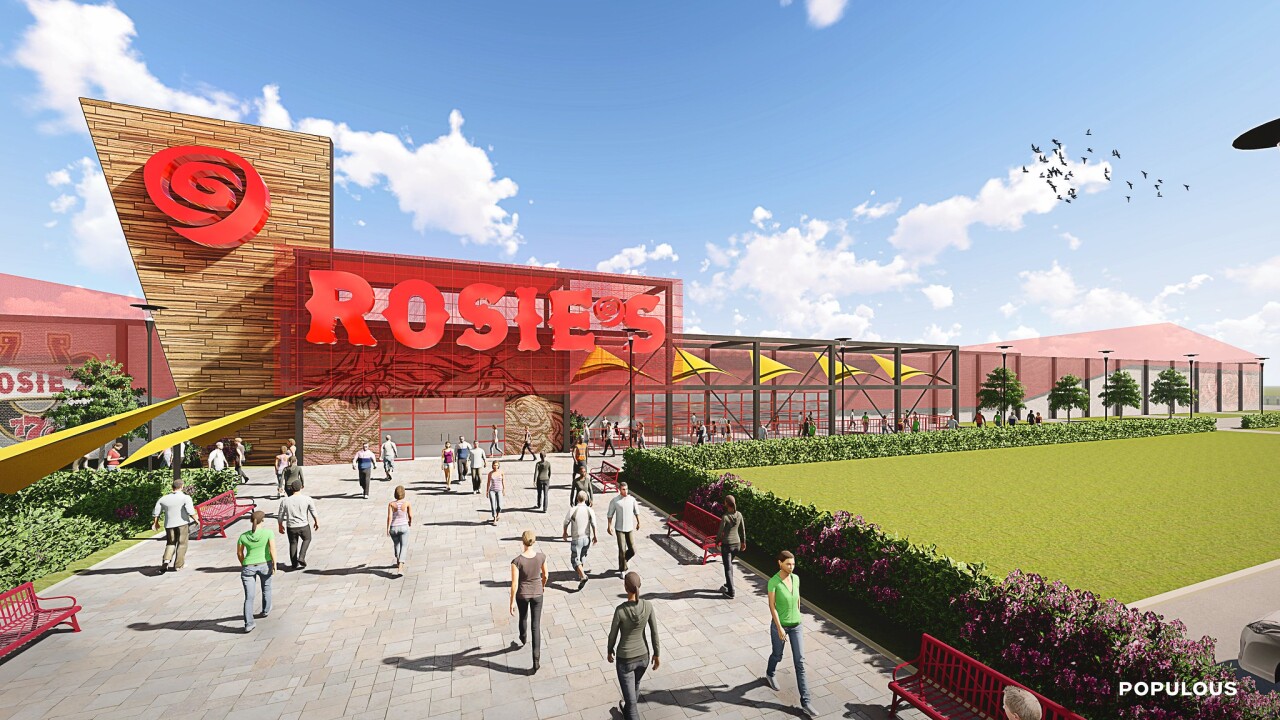 RICHMOND, Va. — Horses soon will race again at Colonial Downs, and Virginians will be able to bet on them and play slots-style machines in a casino-like setting at four other locations across the commonwealth.

The Colonial Downs Group will resume horse racing at its track in New Kent County and offer off-track betting at the other sites under the brand Rosie’s Gaming Emporium.

The New Kent County racetrack, between Richmond and Williamsburg, closed in 2014. Colonial Downs plans to resume horse racing there in August.

But before then, Virginians will have a chance to gamble — on historical horse racing gaming machines at the Rosie’s Gaming Emporium locations. The slots-style machines allow players to bet on horses from past races and also bet against other opponents.

The Colonial Downs Group is set to open a Rosie’s at the New Kent County track on April 23. The company will also open gaming parlors in Richmond, Hampton, Chesapeake and the Roanoke County town of Vinton by the end of 2019.

Rosie’s will generate $25 million in state taxes annually and create 800 jobs statewide, according to Colonial Downs spokesman Mark Hubbard. The Richmond location will employ about 150 people and open in June.

Mayor Levar Stoney has endorsed the venture, which will be in South-Central Richmond.

“Opening Soon” sign at the entrance to the site. (PHOTO: Emma Gauthier)

“We’ve had tremendous support from Mayor Stoney and city leaders,” Hubbard said. “The community in the 9th District is excited about us opening soon, and we’re very excited about bringing a new form of entertainment and fun to Richmond.”

The five Rosie’s facilities will include a total of 3,000 historical horse racing gaming machines. The bets feed into a collective pool that players can win, with various purses.

“The revenues that we generate through the machines will help fund purses at the race track and a portion of the revenues will go to the horse racing industry,” Hubbard said.

The collective purse falls under a type of gambling known as pari-mutuel betting. This type of gaming machine was created in Kentucky to revitalize the horse industry and generate revenue year-round, Hubbard said.

Using the machines, players select three horses (the winners of historical horse races), place a bet and then watch an animated re-enactment of the horses competing. The company calls the machines a “competitive substitute for traditional casino-style games.”

The launch of Rosie’s Gaming Emporium coincides with a push in the General Assembly to allow casinos in the commonwealth.

On March 21, Gov. Ralph Northam signed into law a bill that may eventually loosen the reins on casino gambling. SB 1126, sponsored by Sen. L. Louise Lucas, D-Portsmouth, calls for a study of casino gaming in the state, which must be completed by Dec. 1.

Going forward, localities would be required to pass a referendum to allow casino gaming. The Virginia Lottery Board would regulate the casinos. The board cannot issue any gaming licenses before July 1, 2020.

The Colonial Downs Group will participate in the study, Hubbard said.

Many Virginians are excited by the idea of casino gambling, but some organizations are worried about a negative impact on communities.

The Virginia Council on Problem Gambling believes that more people will develop gambling-related problems when given more opportunities to gamble.

“As our legislators seek to expand gambling in Virginia, they need to do so responsibly by first assessing the risks and rewards, which hopefully the gambling study the governor is calling for will in part provide, and also setting up safeguards to protect the public from harm,” said the council’s president, Carolyn Hawley.

The Family Foundation, a nonprofit Christian organization, has similar reservations and also believes that crime increases near casinos. The Colonial Downs Group believes its gaming centers will improve quality of life and possibly decrease crime.

The Rosie’s in Richmond will replace a vacant Kmart lot off Midlothian Turnpike near Chippenham Parkway. Police regularly patrol the area because of crime, Hubbard said.

“We’re going to add a lot of lighting, surveillance, and people coming and going, which will deter criminals,” Hubbard said. “When you bring a fun, lively, very well-lit and secure entertainment facility, that disperses crime.”