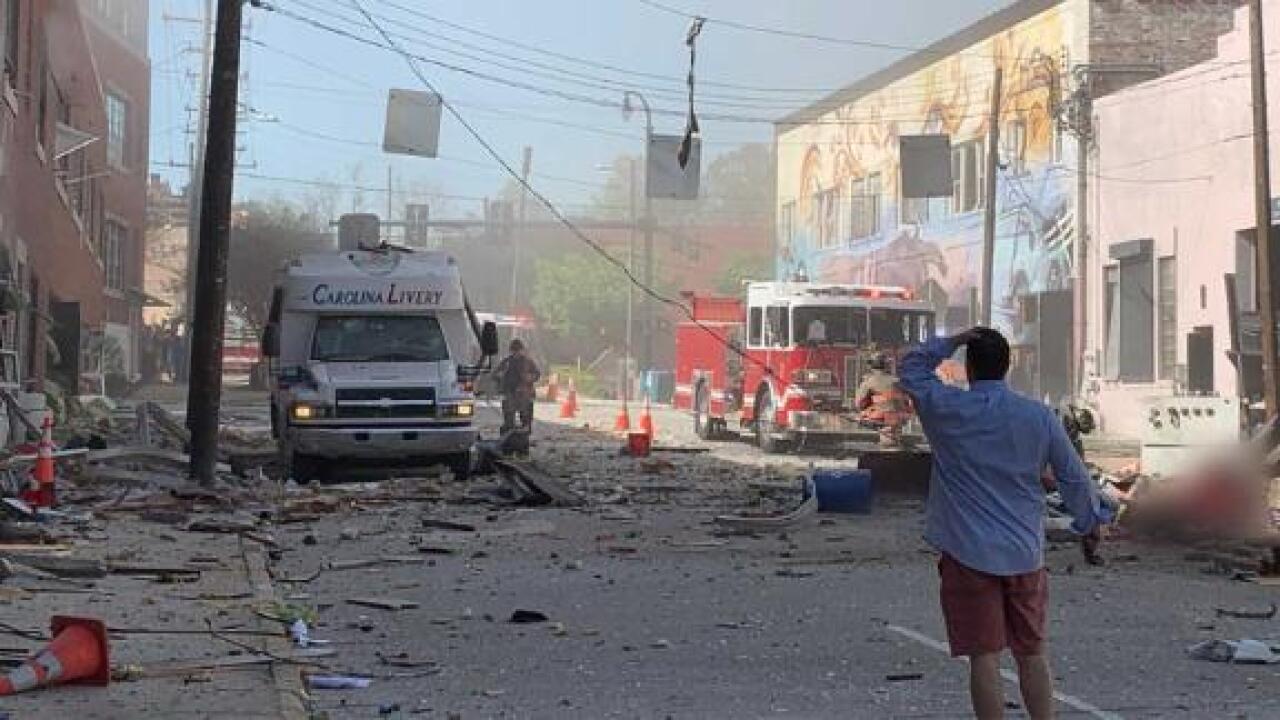 Nine firefighters were injured Wednesday as they were evacuating people before a gas explosion in Durham, North Carolina, according to local fire authorities.

“Eight to 10 people were in the coffee shop, and without the incredible work of our firefighters to get them out immediately, they would have also perished inside the building,” said Durham Fire Chief Robert Zoldos. “Those eight to 10 people are alive today because of that.”

Several firefighters heroically continued to participate in rescue efforts even after they were injured, Zoldos said.

The explosion damaged at least 15 buildings, Iannuzzi said, including the coffee shop, which suffered “catastrophic damage.”

Smoke rises from the scene of a gas explosion in Durham, North Carolina, on Wednesday morning.

All of the injured firefighters are expected to be released from area hospitals on Thursday, according to Iannuzzi, including one who was seriously injured and had to undergo surgery.

“All are doing great. They’re obviously troubled by the fact that they couldn’t rescue everybody,” Zoldos said, referencing the one confirmed death.

The blast occurred at 10:07 a.m. Wednesday in the busy area of Brightleaf Square, where a contractor boring beneath the sidewalk hit a 2-inch gas line, a police spokesman said Wednesday. Witnesses described a scene reminiscent of a war zone, with glass, dust and debris littering the streets and the surrounding buildings.

Iannuzzi said in the Thursday news conference that the search for victims is ongoing and there are search dogs at the site of the explosion. However, there’s no indication that anyone else is trapped in the debris, he added, and there are no reports of missing people.

Authorities are currently in the process of allowing people to return to the surrounding buildings, Iannuzzi said.