Bernie Sanders says he’ll release 10 years of tax returns by Monday. Here’s what we know about his finances. 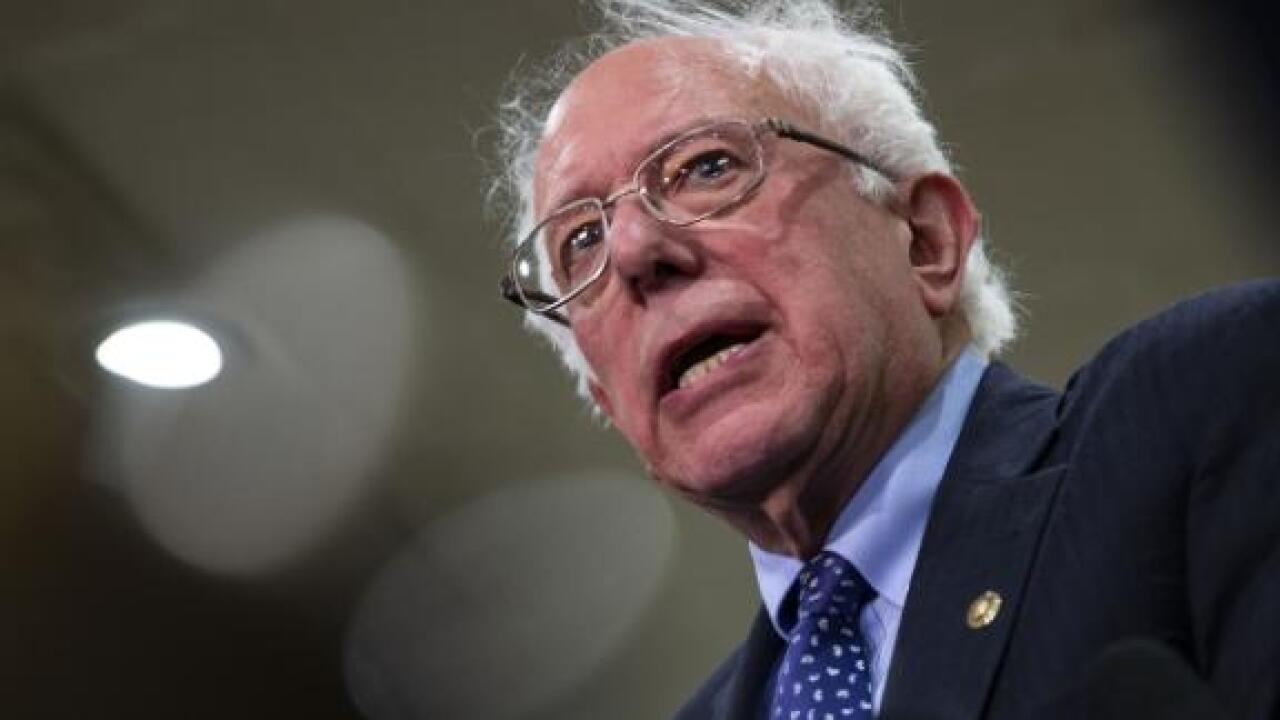 Senator Bernie Sanders, an Independent from Vermont, speaks to members of the media following a briefing on the murder of U.S-based columnist Jamal Khashoggi with U.S. Secretary of State Mike Pompeo on Capitol Hill in Washington, D.C., U.S., on Wednesday, Nov. 28, 2018. The briefing is happening ahead of a vote on a measure to invoke the War Powers Resolution to end U.S. support for the Saudi-led military campaign in Yemen. Photographer: Al Drago/Bloomberg

Sen. Bernie Sanders has pledged that he will release his tax returns from the last 10 years by Monday.

His personal financial information is under more scrutiny now that he is the front-runner in the 2020 Democratic presidential primary. His taxes will also reveal any information about his wife’s income, especially during her tenure as president of now-defunct Burlington College. Questions persist around Jane Sanders’ controversial leadership of Burlington. A federal investigation into a land deal involving the university was closed with no charges filed.

The senator released only a single year of tax returns during his 2016 presidential bid, from 2014, while his opponent Hillary Clinton released eight years of returns. Sanders also delayed filing his presidential campaign personal financial report with the Federal Election Commission, asking for two extensions, and ultimately never filed after losing the nomination to Clinton.

The Sanders campaign did not answer questions about his income for this story.

Here is what we already know about his finances:

Sanders made $125,100 when he first started as a member of the House of Representatives in 1991, according to a report on congressional salaries compiled by the Congressional Research Service. Congressional salaries climbed slightly through the years. His pay was $165,200 when he was elected to the Senate in 2006 and has held steady at $174,000 since 2009. In recent years, he has received an annual pension of about $5,000 from the city of Burlington for his time as mayor, according to Senate Financial Disclosure Report forms.

Sanders’ income topped $1 million for the first time in 2016, when he ran for president. His Senate disclosure forms show that he made $868,005 in royalties in 2016, the year he published “Our Revolution,” which made the New York Times Best Sellers list. Sanders made another $880,630 in royalties in 2017, mostly from “Our Revolution” and another new book, “Guide to Political Revolution.” He also published a book in 2018, “Where We Go from Here: Two Years in the Resistance,” but 2018 numbers haven’t been released yet.

In 2016, he bought a vacation home in North Hero, Vermont, on Lake Champlain, paying $575,000 through a trust called the Islands Family Trust. Estate experts say a trust allows families to purchase homes without disclosing financial information and can help them avoid some legal costs, although the details of Sanders’ trust are not publicly available.

He has investments and some debt

Jane Sanders holds mutual funds through her retirement plans. Because Senate disclosure forms reveal only a range, the precise amount is unclear, but the value is listed at $176,029 to $766,000.

He will still be paid when he retires

Sanders’ congressional pension means he will likely receive more than $121,000 a year when he leaves the Senate, according to a formula provided by the Congressional Research Service.

https://s3.amazonaws.com/cnn-newsource-image-renditions-prod/BERNIE_SANDERS_10_YEARS/S107776058_thumbnail.JPG
Copyright 2020 Scripps Media, Inc. All rights reserved. This material may not be published, broadcast, rewritten, or redistributed.