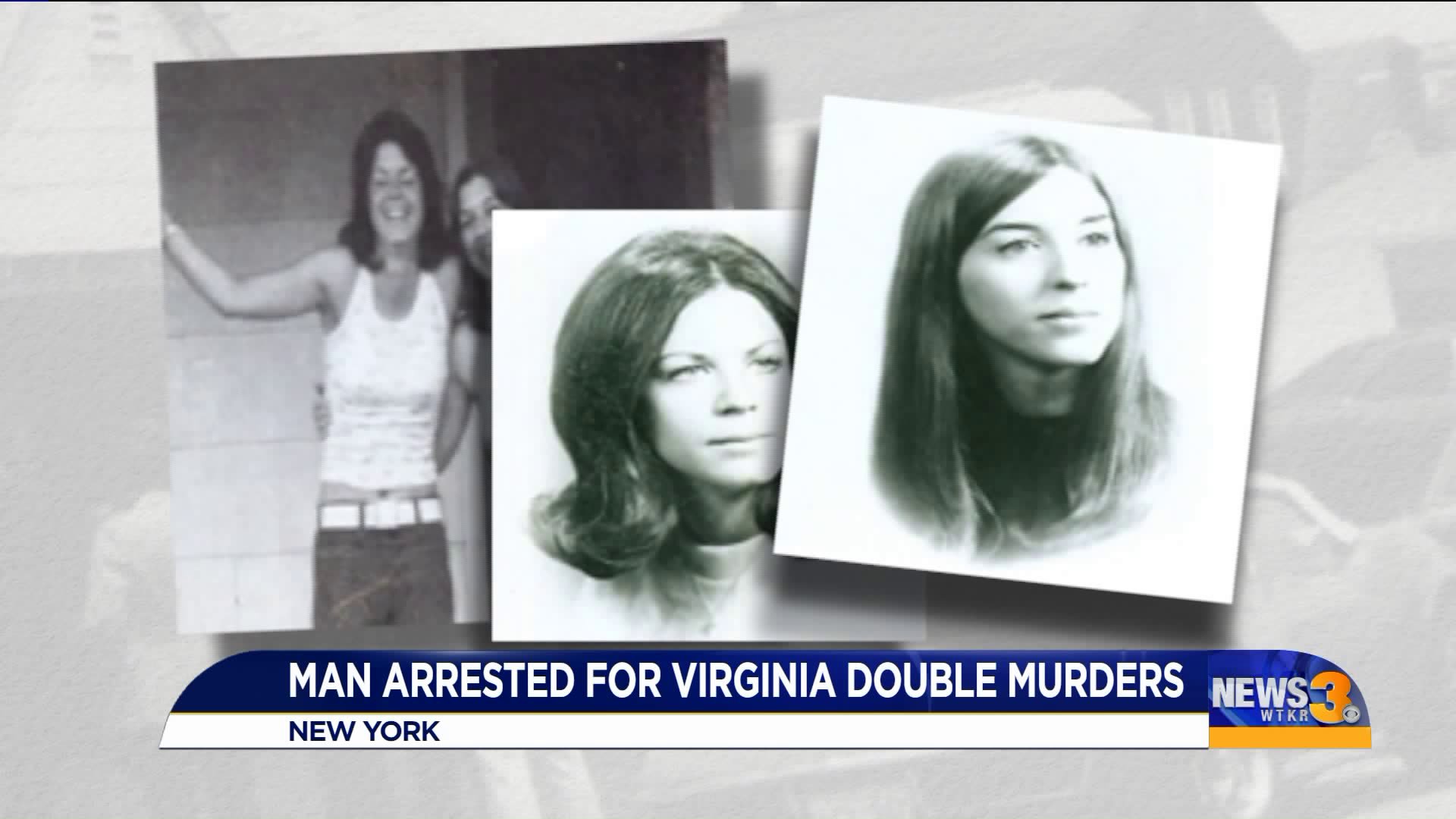 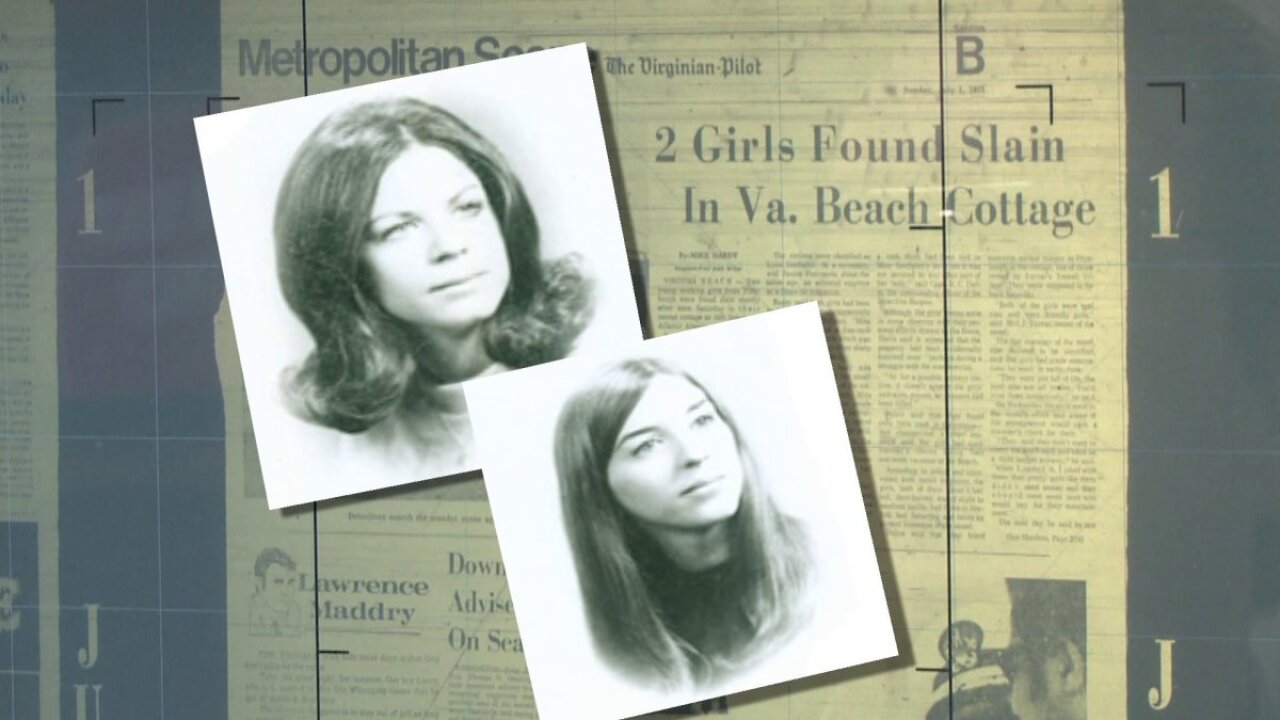 VIRGINIA BEACH, Va. -- Police have arrested a man in connection with the murder of two teenagers at the Virginia Beach Oceanfront in 1973.

The New York Post says Broadnax, who has been living in Jamaica, Queens, has been charged by Virginia Beach Police for the deaths of Lynn Seethaler and Janice Pietropola.

The Commonwealth's Attorney's Office has also confirmed Broadnax's arrest and said he is awaiting extradition to Virginia Beach.

In fall 2018, VBPD Cold Case Investigators and the Commonwealth's Attorney's Office began aggressively researching a strong lead they had received, which led to Broadnax being identified as the perpetrator.

Both of the women were 19 years old when they were brutally murdered more than 45 years ago. To police, the murders were a huge mystery. Each killing was done differently, but the victims all looked the same.

The Virginia Beach Police Department's Cold Case Homicide Unit says in June 1973, the two women were vacationing from Pittsburgh when their bodies were found in a motel cottage located along the Virginia Beach Oceanfront. Their deaths were ruled as homicides.

The cottage where this violent attack occurred was destroyed and replaced with new motels and shops.

Virginia Beach Police say Broadnax was charged with two counts of second-degree murder and one count of rape.

Broadnax is awaiting extradition, police said. It was not immediately clear if he had retained an attorney.

Broadnax served three prison stints in New York for assault, burglary, and attempted burglary, records show. He was released on parole in 2013.

To read more about these gruesome murders, click here.

CNN wire contributed to this article.