Walmart is doubling down on robot janitors. Here’s why 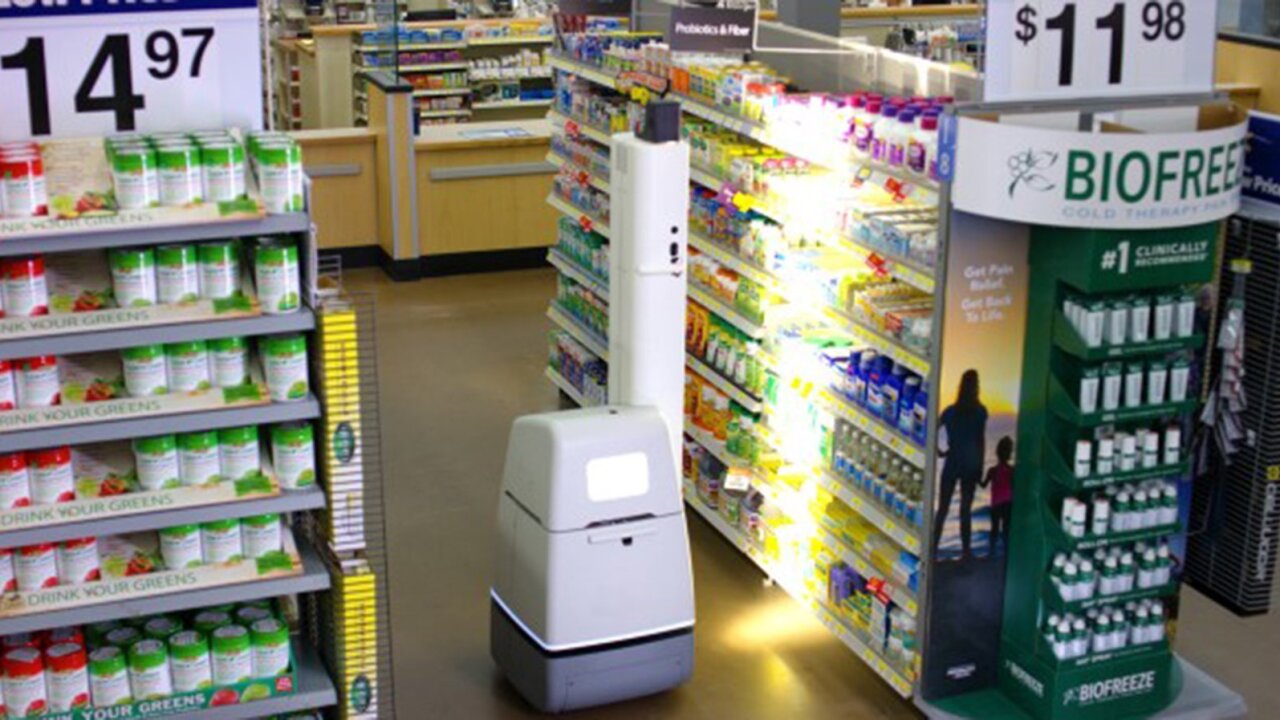 Walmart’s shelf-scanning robot moves around aisles and identifies which items are low or out of stock.

Walmart wants store workers to help out customers instead of mopping up floors and unloading boxes in backrooms. So it’s increasingly turning to robots to fill those tasks.

The world’s largest retailer announced Tuesday that it is adding thousands of new robots to its stores. By next February, it expects to have autonomous floor scrubbers in 1,860 of its more than 4,700 US stores. Walmart will also have robots that scan shelf inventory at 350 stores. And there will be bots at 1,700 stores that automatically scan boxes as they come off delivery trucks and sort them by department onto conveyer belts.

Walmart says these “smart assistants” will reduce the amount of time workers spend on “repeatable, predictable and manual” tasks in stores and allow them to switch to selling merchandise to shoppers and other customer service roles.

“The overall trend we’re seeing is that automating certain tasks gives associates more time to do work they find fulfilling and to interact with our customers,” CEO Doug McMillon said last year of the new technology in stores.

Walmart has been testing out this technology in hundreds of stores over the past year. Its expansion plan means that the innovations have been effective for Walmart so far. It also signals that robots will play a key role in the retailer’s store strategy going forward.

McMillon often cites Walmart’s vast store network as its biggest advantage over rivals, including Amazon. Walmart is within 10 miles of 90% of the US population.

But its 178,000 square-foot supercenters are expensive to operate, especially as more shoppers buy online. Walmart invested more than $2 billion last year to remodel stores around the country and equip them to handle customers’ online purchases for in-store pickup. For example, Walmart said Tuesday that it would bring 16-foot-tall pickup towers — automated vending machines that quickly fetch customers’ online orders — to 900 new stores this year.

Walmart is adding robots to help it manage rising costs, including for store labor. Unemployment is at its lowest level in decades, and Walmart and other retailers have increased wages and benefits to attract and keep workers.

“There is a labor shortage in retail,” said Kirthi Kalyanam, director of the Retail Management Institute at Santa Clara University. “It will not be easy for Walmart to add labor to perform these functions. So a high level of automation is required.”

Other retailers and grocery chains are bringing on robots in their stores to reduce costs and assist workers, too. Giant Food Stores is placing “Marty,” a tall, gray robot with googly eyes, in all of its 172 grocery stores. The bot roams around stores looking for spills.

Walmart’s 920-pound self-driving floor scrubbers, called the “Auto-C,” use automated technology to navigate custom routes around the store and mop up the floors. The machine relies on sensors to scan for people and aisles. Walmart tested it at 360 stores before deciding to roll it out to an additional 1,500 locations.

“It relieves associates of a job that, quite frankly, is unpopular,” Mark Ibbotson, head of Walmart’s US central operations and real estate, said last year.

Walmart also has been running an experiment at 50 stores with “Auto-S,” a shelf-scanning robot. The bot travels around aisles and identifies which items are low or out of stock and makes sure that prices and product labels are accurate. That information is important to help Walmart squeeze out sales. That bot will soon be in 300 more stores.

And Walmart experimented with a bot in around 500 stores that unloads boxes off delivery trucks and automatically scans and sorts the items by department. Walmart says the unloader saves time and has reduced worker turnover in the labor-intensive back areas of the store. So it’s bringing it to 1,200 new stores.

“We’re seeing increases in sales and reductions in turnover in what had been a very difficult job to fill,” CEO McMillon said last year.

Walmart says all three robots will soon share data with each other to get products to the shelves more quickly and ensure aisles are clean and fully stocked.

The future of retail work

Although Walmart maintains that the bots allow workers to engage more with customers, labor advocates worry that automating manual tasks will trigger layoffs in retail.

Walmart has said that it will reduce the hours it assigns workers to unloading boxes and mopping the floors. That will lead to some employee attrition over time, Walmart said.

“As we evolve, there are certain activities, certain jobs that’ll go away,” Walmart US CFO Michael Dastugue said at an analyst conference last month.

But Walmart expects to use some of the hours it saves because of the robots to assign workers to newly created roles, such as selecting customers’ grocery-pickup and delivery orders.

Dastugue said that technology will force employees to be flexible and “be able to handle change.”