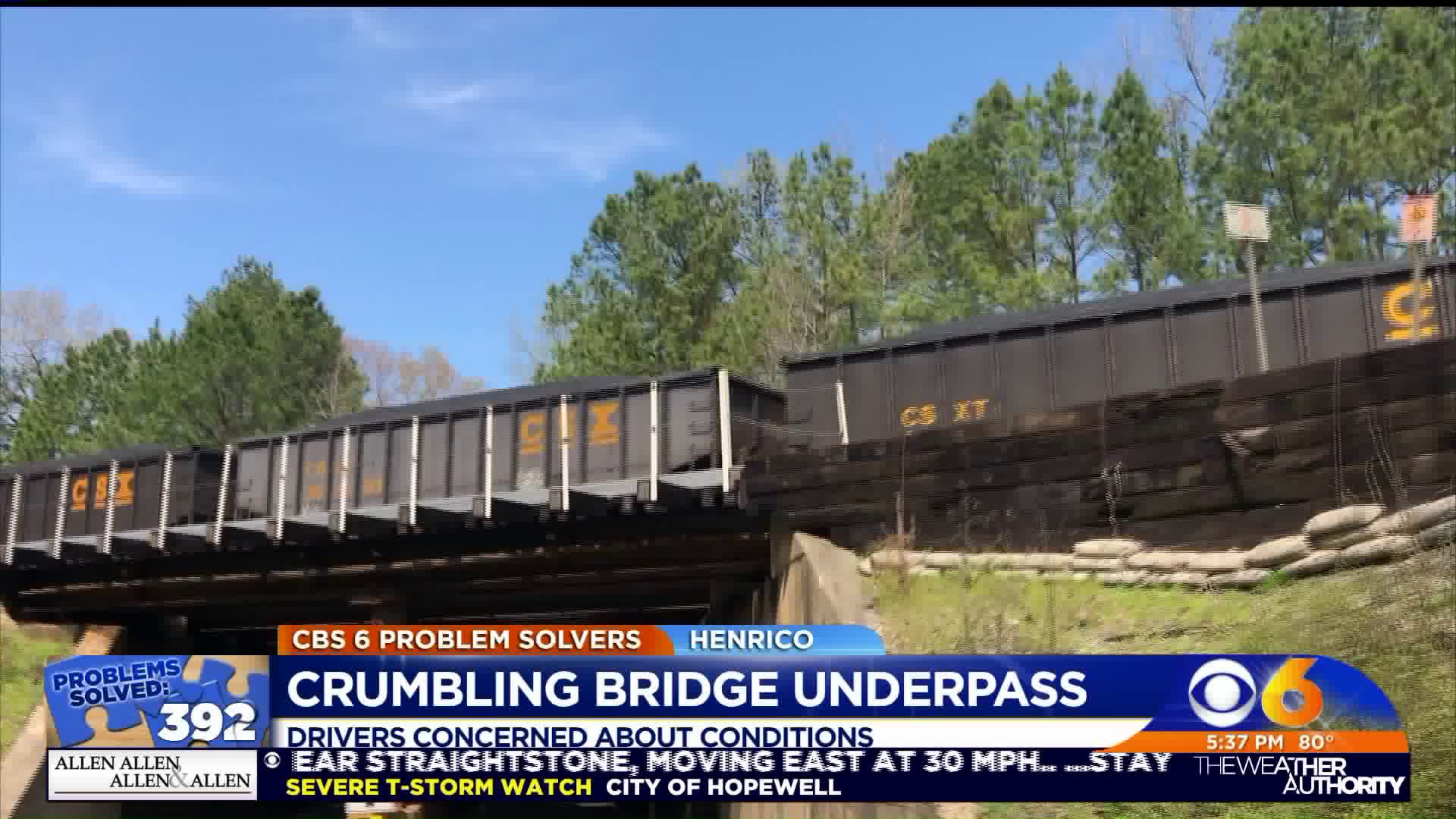 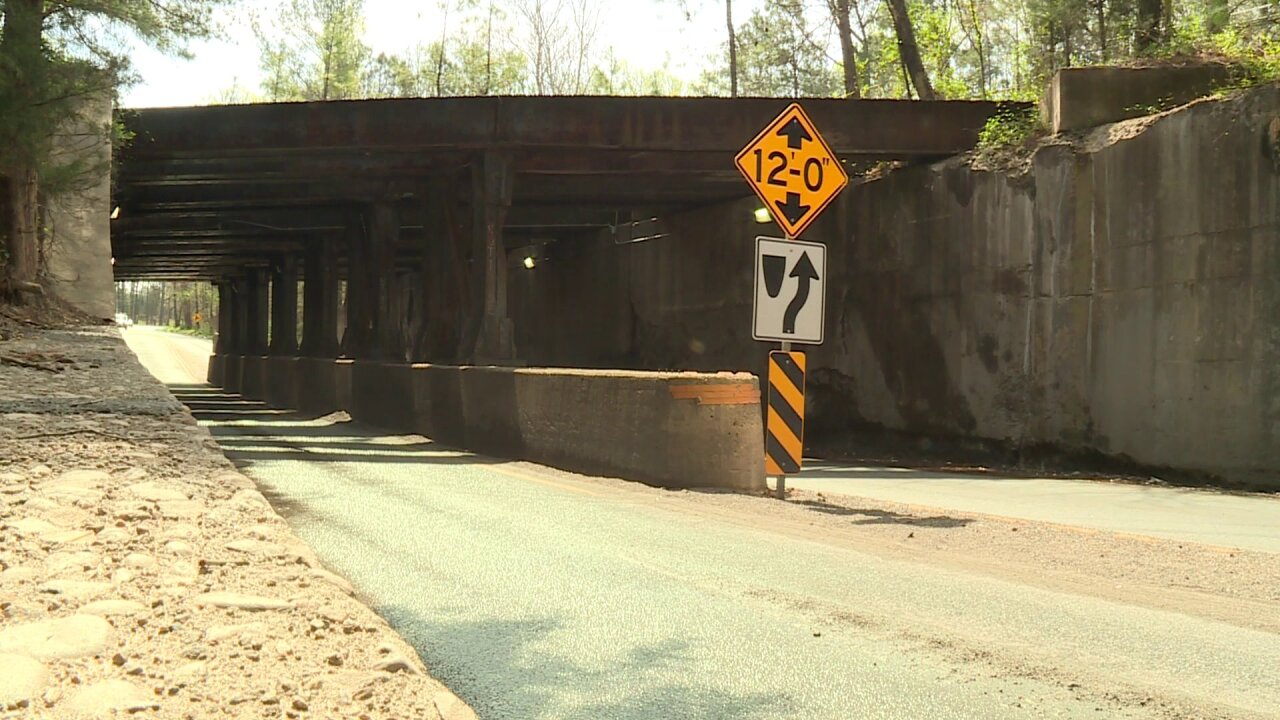 HENRICO, Va. -- Russell Bailey says the stretch of Darbytown Road and Oakland Road near his Eastern Henrico neighborhood is always busy with traffic. He used to drive that way every day, until he realized what condition the bridge underpass was in.

Frustrated, Bailey showed the Problem Solvers these pictures, and explained why he was so alarmed that he reached out to the company CSX.
“The beams are corroded and the beams holding up the bridge are shifting. The concrete in the walls is falling off” Bailey said.

His wife Yolanda says she has watched the structure crumble. It’s why she contacted Henrico County officials in April of 2018. She says a county official told her that the bridge belonged to CSX. She says she was also told that Henrico was working with that company and CSX was monitoring the bridge and underpass.

“Well, a year later and nothing has been done. The bridge is deteriorating more and more. I'm so concerned about people even walking underneath it, because that bridge could collapse” Bailey said.

Her husband says he first reached out to report it because he didn’t want something tragic to happen and have it on his conscience. Frustrated, that they haven’t seen anyone come out and repaired the corroded beams and crumbling bridge wall, the couple called CBS 6 Problem Solvers.

We spoke with Henrico’s Public Works Director Steve Yob. He explained that CSX is responsible for any structural upkeep. Yob did say the county has an upcoming meeting with a contractor in the next few weeks to remove and replace the drainage structure on the side of the bridge.

Other than that, all other repairs and upkeep are done by CSX. Yob said he is aware of what the structure looks like and they, too find the condition concerning.
Yob says he last spoke to a CSX bridge supervisor in January about this issue. He says he was told the Darbytown Road bridge is inspected multiple times annually and that it is structurally sound.

The Baileys say they don’t buy it. They believe the crumbling structure needs attention ASAP. Until then, they will continue to stay away.
“Even if I need to go to the store right here, I will drive all the way around to the store on the other end because I am afraid that it might be my day” Bailey said.

A spokesperson for CSX says “Safety is the number one priority at CSX, and the company focuses first and foremost on maintaining the safety and structural integrity of the bridges on its network. CSX meets or exceeds regulatory and legal mandates, which require all bridge structures to be inspected at least once per year. The track structure on bridges is inspected and monitored periodically each week. Any issues are immediately reported and promptly addressed.”