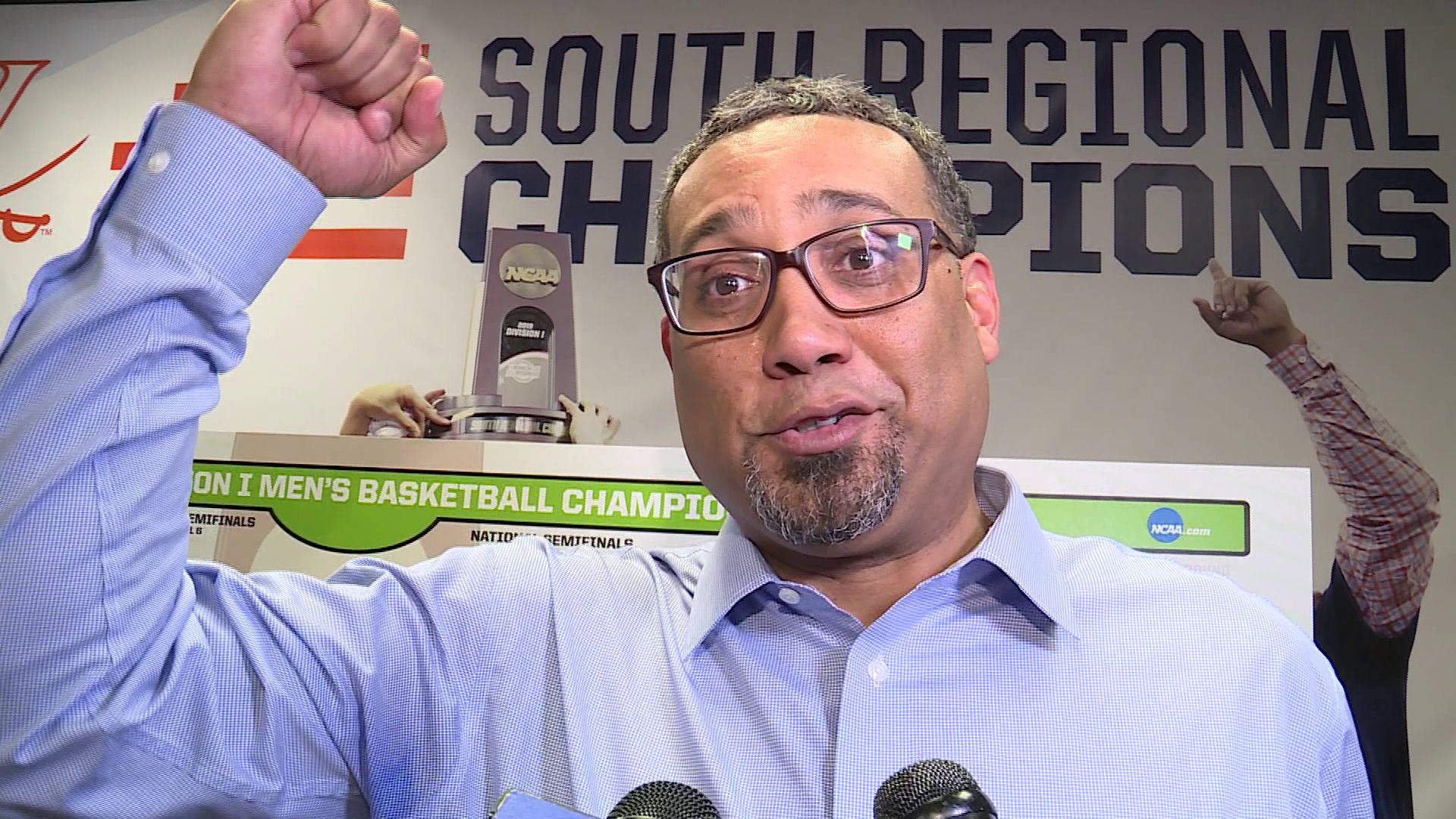 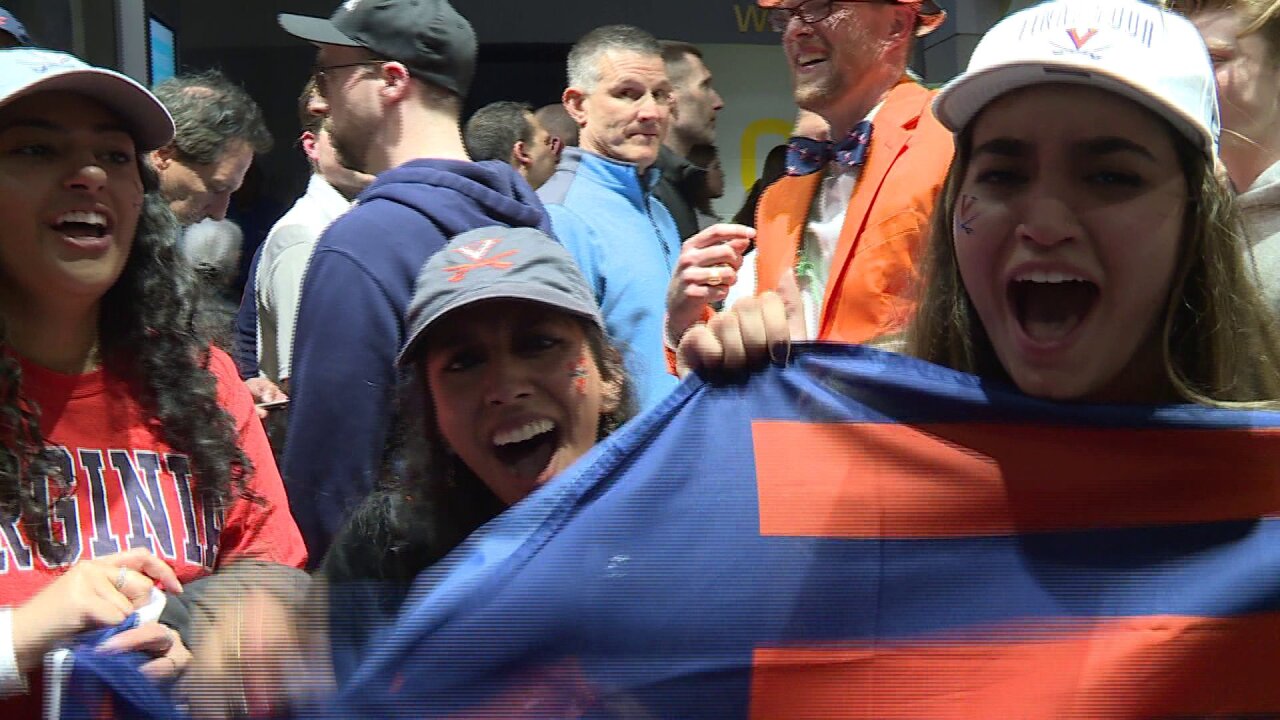 MINNEAPOLIS -- Virginia's redemption tour isn't finished yet. And for Texas Tech, their greatness may just be beginning.

A year after becoming the first No. 1 seed in men's college basketball history to lose to a No. 16 seed in the NCAA tournament, Virginia has reached the title game, defeating No. 5 seed Auburn at US Bank Stadium in Minneapolis.

"To think this time last year we were starting our spring workouts, and to still be playing at this point in the season with, after tonight, one other team in the whole country on the stage that you dreamed about since you were a little kid, it's an unreal feeling," Virginia guard Ty Jerome said. "We're going to do everything we can to finish the job."

The Cavaliers will face No. 3 seed Texas Tech, a bit of a surprise finalist. The Red Raiders, in their first Final Four, beat No. 2 seed Michigan State 61-51 in a tough battle in the second semifinal.

The men's championship is Monday at 9 p.m. ET. It will be the first meeting between the two programs, and neither team has won a national title.

Virginia's win was far from assured.

Auburn had a 62-60 lead with 1.5 seconds left. But Virginia's Kyle Guy was fouled by Auburn's Samir Doughty while launching a buzzer-beater attempt with 0.6 seconds remaining. He hit all three free throws, giving the Cavaliers the 63-62 victory.

MINNEAPOLIS, MINNESOTA - APRIL 06: Kyle Guy #5 of the Virginia Cavaliers attempts a game-winning three point basket as he is fouled by Samir Doughty #10 of the Auburn Tigers in the second half during the 2019 NCAA Final Four semifinal at U.S. Bank Stadium on April 6, 2019 in Minneapolis, Minnesota. (Photo by Streeter Lecka/Getty Images)

"These are moments that every basketball player has dreamed of, hitting the game-winning shot or free throws or whatever," Guy said. "Kind of had that feeling in your stomach, like a good nervousness, like, all right, this is my chance. To be able to go to the national championship off of that for these guys and (head coach Tony) Bennett, I mean, I really don't have the words."

J.D. Collins, the NCAA's national coordinator of officiating, gave a statement regarding the foul.

"The call was made by official James Breeding, who ruled that Doughty moved into the airborne shooter, making contact with Guy while taking away his landing spot," Collins said. "The foul was a violation of Rule 4, Section 39.i, which states, 'Verticality applies to a legal position and also to both the offensive and defensive players. The basic components of the principle of verticality are: The defender may not "belly up" or use the lower part of the body or arms to cause contact outside his vertical plane or inside the opponent's vertical plane.'"

In addition to the foul, there was a no-call that has fans talking. It appeared officials missed a double dribble by Jerome, which happened a few seconds before Guy was fouled. If that turnover had been called, Auburn, instead of Virginia, would have had the ball late.

"I do feel for Auburn, but I feel better for us right now, and I'm just thankful these guys stepped up and played the way we needed to and got through," Bennett said. "Survive and advance, I guess that's taking on a new meaning."

Jerome led all scorers with 21 points. Guy had 15, while De'Andre Hunter had 14 for Virginia.

Doughty had 13 points for Auburn, while Bryce Brown and Jared Harper had 12 and 11 points, respectively.

A football school playing for a basketball title

Texas Tech has just one team sport with a national championship in school history. That came from the women's basketball team in 1993 led by the legendary Sheryl Swoopes.

The men's basketball team now has the chance to make it two.

A school these days better known for football -- NFL MVP and former Texas Tech quarterback Patrick Mahomes was in attendance on Saturday -- Texas Tech and its Red Raiders have made a swift ascension.

Led by Beard for the past three seasons, Texas Tech is now in the championship game a year after reaching the Elite Eight. The Associated Press coach of the year has only been coaching in Division I -- the highest level in the NCAA -- for four years.

He previously coached in Division II for Angelo State and McMurry University (both in Texas) and for the American Basketball Association's (ABA) South Carolina Warriors. His first two head coaching opportunities came at the junior college level with Fort Scott Community College in Kansas and Seminole State College in Oklahoma.

"I wouldn't trade my experiences for anything," Beard said earlier this week when accepting the AP coach of the year award. "I'm very proud of my background, in small college and junior college and Division II. I feel like I represent a lot of people, maybe people I don't even know."

The rosters' leaders include seniors Norense Odiase, Tariq Owens and Matt Mooney as well as sophomore Jarrett Culver. On Saturday, Mooney -- who had stops at Air Force and South Dakota before arriving at Texas Tech for this season -- was the game's top scorer with 22 points on 8-of-16 shooting.

"It's been a heck of a journey," Mooney said. "A lot of people have helped me get to this point, have helped me along the way. You know, this is -- I'm living the dream right now."

"Very seldom in my career have we kind of got out beat up, and tonight was one of those nights," Michigan State head coach Tom Izzo, who falls to 2-6 in national semifinal games, said.

Winning a title would be a fitting end considering how 2018 ended for Virginia. After being shocked by No. 16 seed University of Maryland, Baltimore County (UMBC) in the NCAA tournament last season, Virginia (34-3) is the lone No. 1 seed to reach the Final Four this year.

This year's NCAA men's Final Four has a bit of a different feel to it. Missing this year are the well-known established blue bloods: This is the first Final Four since 1987 that doesn't have Duke, North Carolina, Kansas, Kentucky, Louisville or UCLA.

Instead, the most experienced team to make the Final Four -- and the only to win a championship -- was Michigan State, winning it all in 2000 and 1979.

Until Saturday, Auburn and Texas Tech had never been in a Final Four. This is Virginia's third Final Four appearance and first since 1984.

While there was no true Cinderella in this year's Final Four, the closest one was Auburn (30-10).

The Tigers beat three of those blue bloods -- Kansas, UNC and Kentucky -- en route to Minneapolis, making Auburn the only team to have beaten those programs in consecutive games in NCAA tournament history.