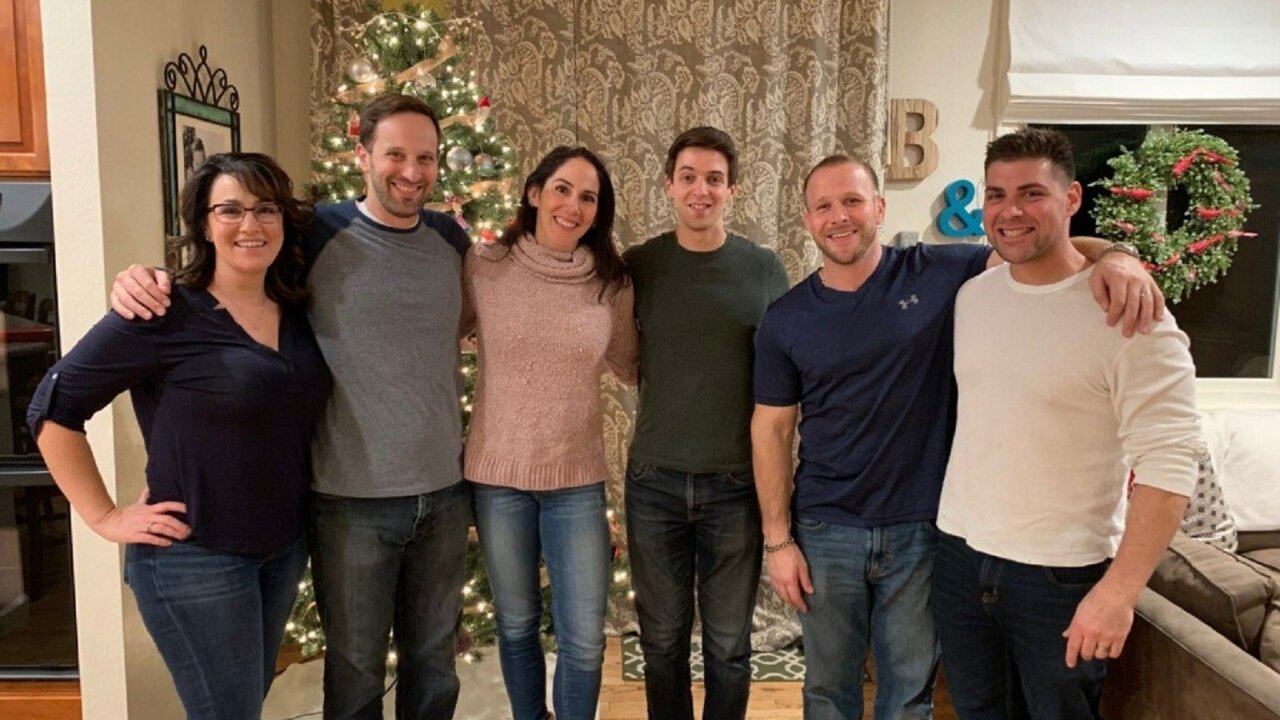 Shauna Harrison has gone from living her life as an only child to discovering through a DNA testing service that she is one of 30 people that share the same biological father.

Shauna Harrison knows that every morning she could wake up to learn she has a new sibling.

In the past two years, she has already gone from living her life as an only child to discovering through a DNA testing service that she is one of 30 people that share the same biological father.

DNA testing services have become increasingly popular in recent years. While they have provided insights into family history and hereditary conditions, there have also been many cases of unexpected results such as catching a serial killer and making surprising connections among living relatives.

In 2017, Harrison, 41, logged back into her 23andMe account after a couple years and switched off her anonymity setting, she told CNN.

Immediately, Harrison said, she was contacted on the site by a person who told her they share the same donor father.

Harrison already knew that her parents used a sperm donor to conceive her. They told her when she was 27 and had asked questions about her health and hereditary conditions. But she didn’t know how quickly and dramatically her family would expand.

One sibling turned into eight, Harrison said. Now there are 30 in all, ranging in age from 24 to 41. Most live in the San Francisco Bay Area, and many went to school near one another their whole lives. Some even knew each other before finding out they were related, said Jodi Hale, another of the siblings.

“It’s a very weird — is the only word I can come up with — feeling when you meet, because you know you share DNA with them,” Harrison said. “We bond in a very different way.”

Hale said that she also grew up as an only child and that she never felt like she quite fit in with her family — both parents had blue eyes, for example, and she does not. What she discovered was overwhelming.

“Growing up as an only child, if you’re not making noise it’s quiet,” Hale said, remembering the flood of information. “I remember having a physical reaction to my computer, thinking ‘What am I doing? Do I want all of this?'”

Shauna Harrison has gone from living her life as an only child to discovering through a DNA testing service that she is one of 30 people that share the same biological father.

‘I have never seen anyone with my eyes before’

But once she finally met up with some of the people she never expected to meet who share her DNA, Hale found things that fascinated her: similar interests, a shared math-mindedness and like mannerisms.

“I kept side-eyeing him” Hale said of a brother who sat next to her at her first dinner with the siblings. “I have never seen anyone with my eyes before.”

One brother, Ben Clark, has even created a set of slides that function as a sort of “welcome packet.” Clark said that the slides provide information on the donor, the siblings who are involved in the page and how they all came together — as many FAQs as possible.

“Everybody starts out with similar questions,” Clark said. “Most of us are very analytical, and want as much information as possible.”

The group and the information packet, he said, are likely to evolve for most of their lives.

Every morning could bring a new brother or sister

And, they suspect, there are more siblings to discover.

For example, the siblings have seen an anonymous user show up on their accounts, but they could not get in contact with the person. As more people send their DNA to the site, Harrison anticipates the list will grow.

Harrison said she meets up with the siblings who still live nearby and those who come into town. She and Hale recently went to a play that Clark’s children were in.

It’s a community of people who relate to each other because of a very unique circumstance.

“The biggest thing is that it’s such an odd situation that there’s not a lot of people who can understand,” Harrison said. “You know what it’s like to know that your dad is not your dad or to wake up and have a new sibling.”

“It’s nice to have people to go through this process with. It’s not normal.”