Virginia fans hope to takeover Minneapolis at the Final Four 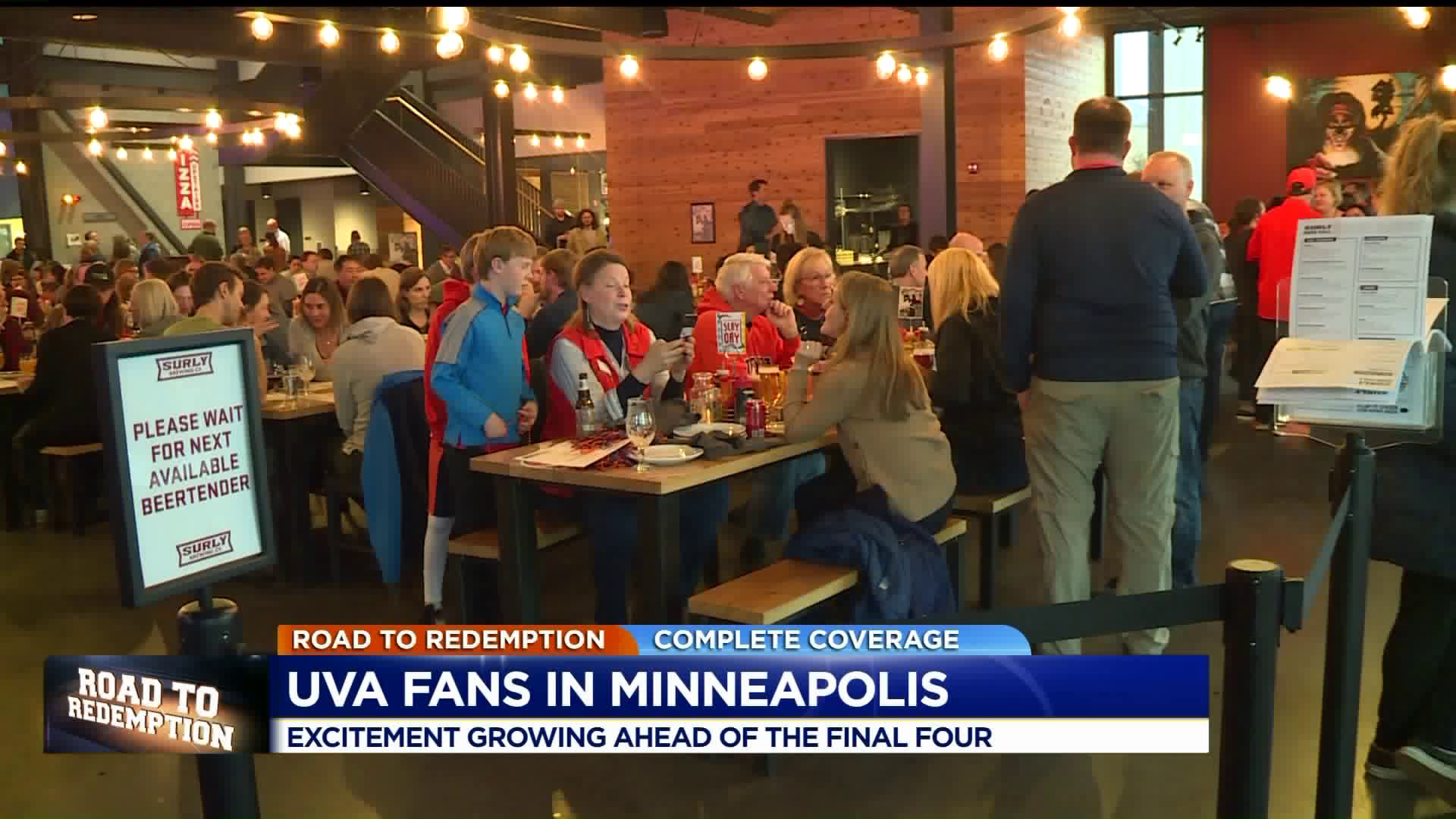 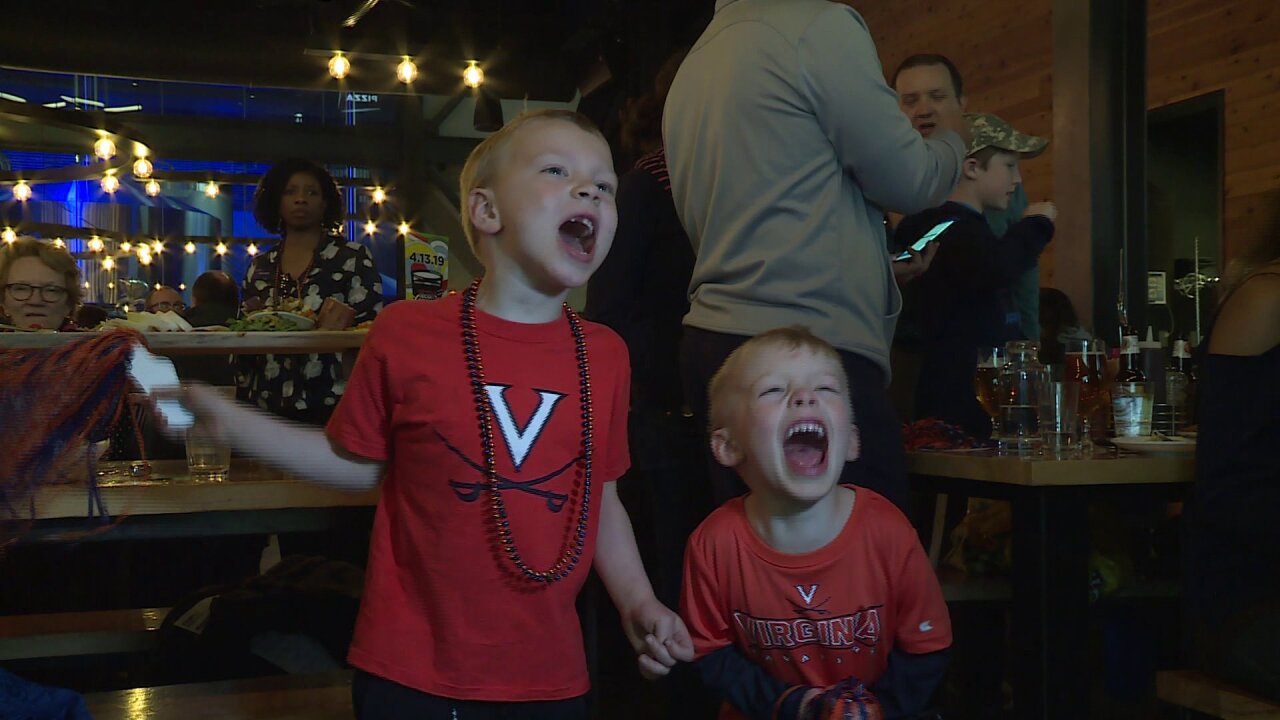 MINNEAPOLIS -- Two days before the University of Virginia tips off in the Final Four, Wahoo fans are arriving to Minneapolis to cheer on their team.

The UVA Club of the Twin Cities hosted a happy hour Thursday night at Surly Brewing Co in Minneapolis.

It was a chance for local Virginia fans, as well as those who traveled into town, to connect.

"There's a lot of excitement around town," Virginia graduate Andrew Damon said. "I've seen more UVA fans than any other fans so far. So hopefully we'll have a good showing."

"My friends and I every year go to the Final Four," Richmonder and Virginia graduate Anna Nelson said. "This year it's just the gravy on top of everything because Virginia's at the Final Four," added another.

Virginia will take on Auburn Saturday night at 6 p.m. It's a game you can watch on CBS 6.

Friday night at 7:30 p.m, watch Road to Redemption - a CBS 6 special about Virginia in the Final Four.

This is Ricky Stokes. He was on the last @UVAMensHoops team that made the Final Four. He has an interesting perspective on this year’s #FinalFour team. Our Road to Redemption special airs Friday at 7:30 on @CBS6! #Wahoowa pic.twitter.com/5ETRYLI72z