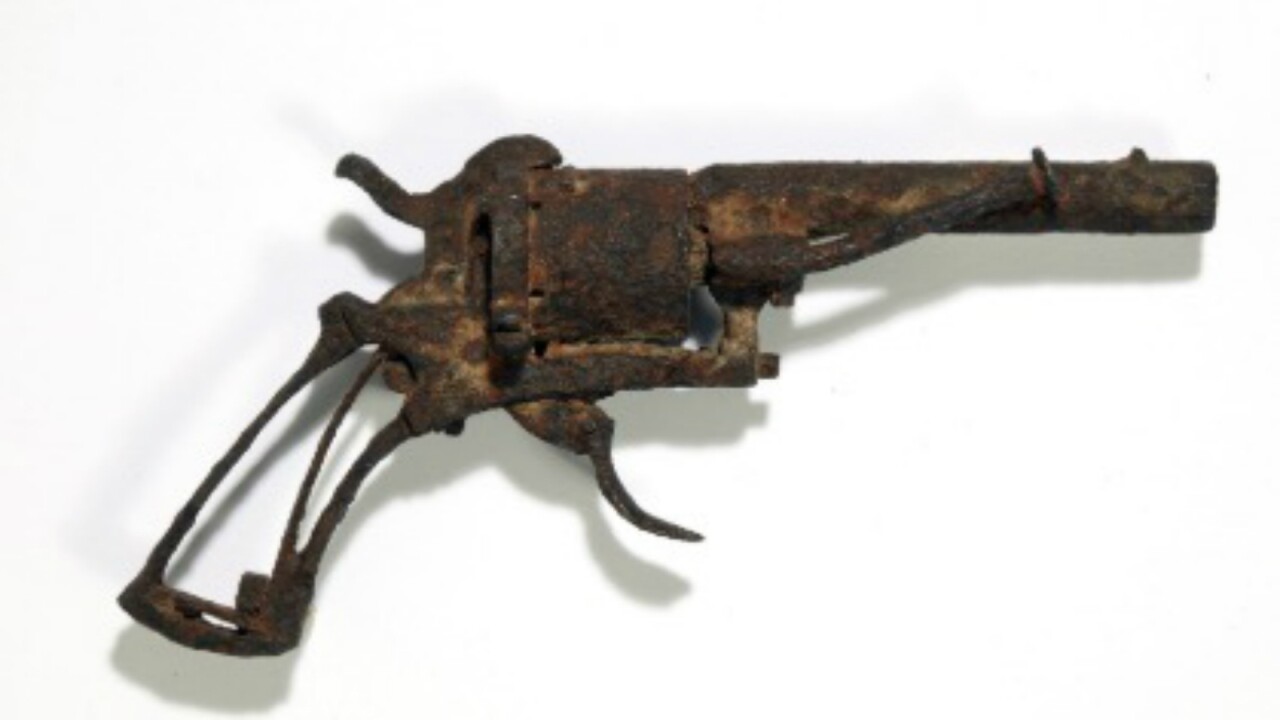 PARIS, France – The handgun people believe Vincent van Gogh used to take his own life in 1890 is set to go under the hammer at a landmark auction in Paris, a French auction house has announced.

The 7mm Lefaucheux revolver will go on sale June 19, and is expected to fetch up to €60,000 ($67,000). AuctionArt, the auction house offering the artifact, has described it as “the most famous weapon in the history of art.”

“Several pieces of evidence show it must be Van Gogh’s suicide gun: it was discovered where Van Gogh shot it; its caliber is the same as the bullet retrieved from the artist’s body as described by the doctor at the time; scientific studies demonstrate that the gun had stayed in the ground since the 1890s,” the auction house said in a statement.

It added the gun was a “low power” weapon, which may explain why Van Gogh did not die instantly.

The revolver was previously displayed to the public in 2012 and at the Van Gogh Museum in Amsterdam in 2016, but this will be the first time it will sit on the auction block.

Martin Bailey, a Van Gogh expert and author of “Starry Night: Van Gogh at the Asylum,” told CNN the weapon in question is “very likely” the gun used by Van Gogh, but noted that “we cannot be certain.”

“Experts believe it was buried for many decades, its caliber is what his doctor said, it was found in one of the areas where the shooting is said to have taken place. But there is no certain evidence,” he said.

He added that he hopes the gun will be bought by a responsible owner who will “treat it with respect” and not display it as a “gruesome relic.”

The weapon was discovered in 1965 by a farmer in a field in the French village of Auvers-sur-Oise, north of Paris, where the artist spent the final months of his life. It was located in the same field in which Van Gogh is believed to have shot himself in the stomach in July 1890.

The farmer then gave the weapon to the owners of an inn in the village, by whose family it’s now being offered for sale.

Accounts from Adeline Ravoux, whose parents kept the Ravoux Inn at the time of Van Gogh’s stay there, detail the events of July 27, 1890, the day of the shooting. The family was accustomed to Van Gogh departing after breakfast to spend his days working in the surrounding fields, before returning for dinner at dusk.

But that day, Ravoux noted, the artist only returned after nightfall at around 9pm, clutching his stomach. Upon hearing Van Gogh’s groans, Adeline’s parents went to inquire on him in his room, where they found him lying on his bed, moaning loudly. When Adeline’s father asked Van Gogh what was wrong, he is believed to have said: “I have tried to kill myself.”

Van Gogh eventually died 36 hours later despite being seen by doctors, who simply dressed his wounds after being unable to offer any further assistance.

It was not the only time Van Gogh committed an act of self-harm; he severed his own ear with a razor in 1888, before wrapping it in a piece of paper and delivering it to a brothel that he frequented in the city of Arles.