NYT, Washington Post: Some Mueller investigators say their report is worse for Trump than Barr says 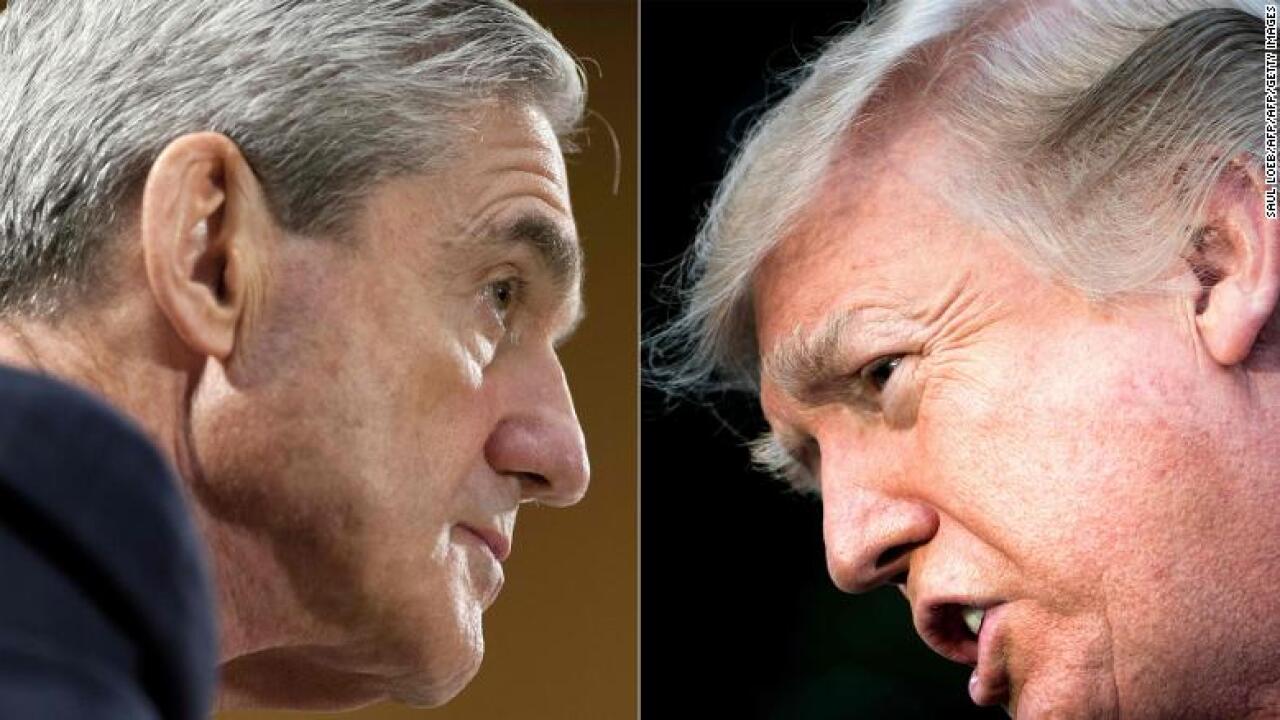 (COMBO) This combination of pictures created on January 8, 2018 shows files photos of FBI Director Robert Mueller (L) on June 19, 2013, in Washington, DC; and US President Donald Trump on December 15, 2017, in Washington, DC. Trump on march 18, 2018, intensified his attacks on Mueller’s Russia investigation as biased against him, but stopped short of targeting the special counsel — whose ouster lawmakers warned would cross a “massive red line.” In an early-morning flurry on Twitter, Trump […]

Some of special counsel Robert Mueller’s investigators have told associates that Attorney General William Barr did not properly convey how damaging their findings were for President Donald Trump, The New York Times and The Washington Post reported.

The investigators said Barr, in his memo to Congress, did not adequately portray the results of their nearly two-year investigation into Russian interference in the 2016 election, the Times reported Wednesday, according to government officials and others familiar with their frustrations. Investigators have concerns that Barr was able to shape the public’s initial views of their report with his memo and now, without the report being made public, they are set in that narrative, according to the Times.

Those interviewed by the Times declined to fully explain why the Mueller investigators believe their findings were more damaging to Trump than Barr disclosed.

Members of the special counsel’s team also complained to close associates that the evidence they compiled on whether Trump obstructed justice was “alarming and significant,” the Post reported Thursday.

Some of Mueller’s investigators were also caught off guard by Trump’s victory lap after the Barr letter was released, people familiar with their response told the Post.

Mueller’s team is comprised of 19 lawyers, about 40 FBI agents and other personnel, and the Times notes it is unclear how prevalent the frustration is among the team.

It is also unclear how extensively Mueller and his team spoke to senior Department of Justice officials about how their findings of the investigation would become public, the Times said.

Barr submitted to Congress last month his summary of the findings of Mueller’s report. In the letter, Barr said Mueller did not establish Trump’s campaign or associates conspired with Russia. Barr wrote Mueller did not have sufficient evidence to establish obstruction of justice, but Barr quoted Mueller as saying that the special counsel also did not exonerate the President. The letter notes Mueller found evidence on both sides of the obstruction issue, a strong signal that there is information that was not positive for the President.

Barr’s memo reads, “The Special Counsel’s decision to describe the facts of his obstruction investigation without reaching any legal conclusions leaves it to the Attorney General to determine whether the conduct described in the report constitutes a crime.”

Barr said last week Mueller’s report will be released to Congress and the public by “mid-April, if not sooner.” Barr has also offered to testify shortly after the report is released.

Barr and his team are frustrated with Mueller and his investigators, and believe his report should have concluded whether Trump illegally obstructed the probe, according to the Times, citing two government officials.

Both the Times and the Post reported that the Mueller team had prepared their own summaries of the report.

Some Mueller investigators believe Barr should have included more material from their summaries in his memo to Congress, according to government officials familiar with the investigation who spoke to the Times.

Mueller’s team wrote the summaries “in a way that minimum redactions, if any, would have been necessary,” assuming that they would be made public and there was “immediate displeasure” when they read how Barr characterized their work, a US official told the Post.

Sources told the Post and the Times, however, that the summaries included sensitive information that would have required redaction.

DOJ representatives and the special counsel’s office declined to comment to the Times on the views inside both Mueller’s office and DOJ.