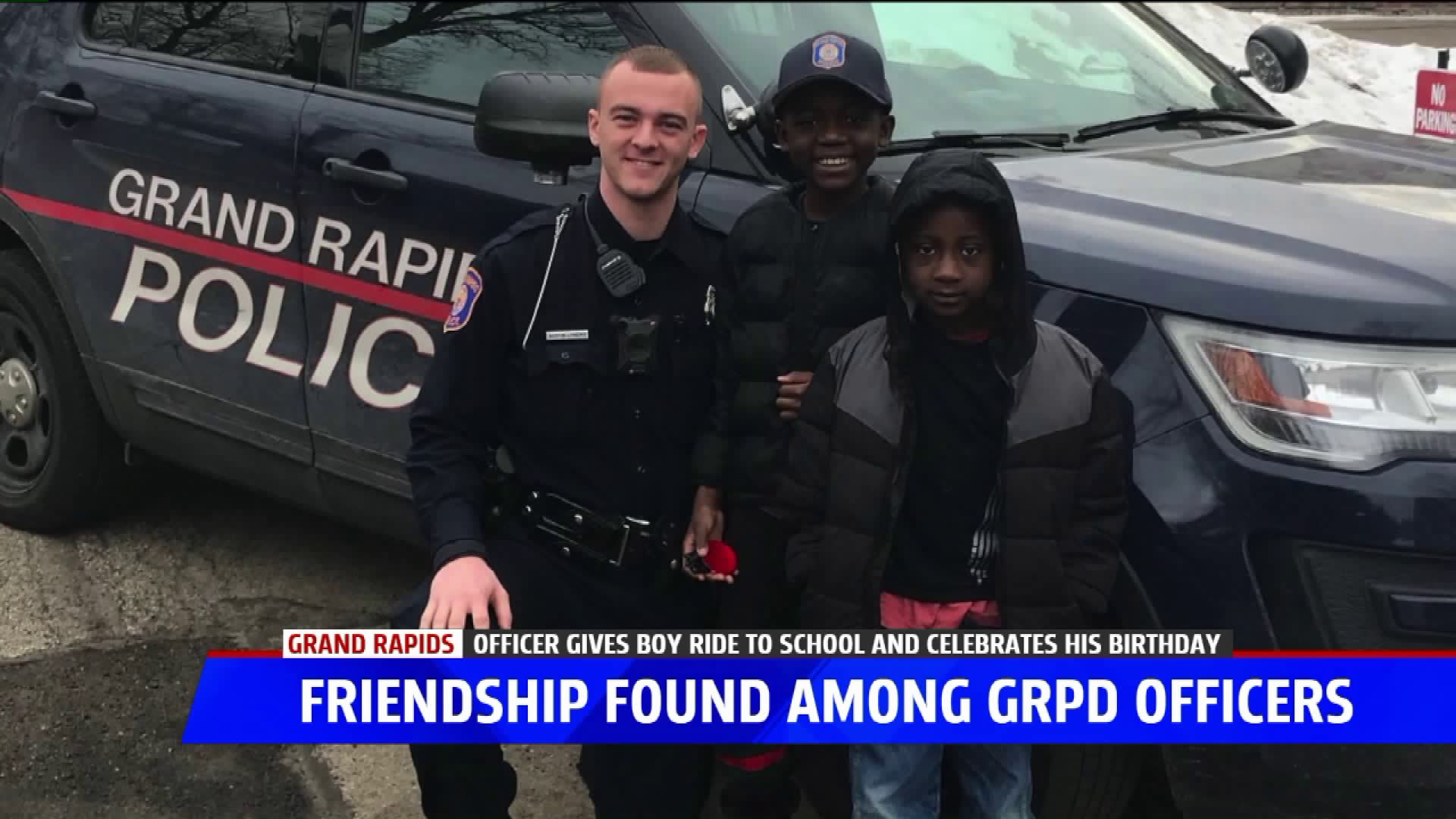 GRAND RAPIDS, Mich. — A Michigan boy had a very special birthday party thanks to some of Grand Rapids’ finest.

The Grand Rapids Police Department shared a post about the birthday boy, 9-year-old Thomas Daniel, and how his party came to be.

Recently, an officer saw Daniel chasing after a school bus; when the bus didn’t stop, the officer asked the child if he needed help.

Daniel told him he missed the bus and his mom didn’t have a car. With his mother's permission, the officer gave him a ride to school.

Police said during the ride, the officer learned it was Daniel's ninth birthday. He invited the officer to his birthday party after school; he told the officer he gets bullied at school, so he was worried none of his classmates would show up at the party.

According to the Facebook post, Officer Lynema went to the little boy’s party that evening to find no one other than him and Daniel's siblings in attendance. The officer also noticed there was no birthday cake.

But the officer had an idea.

The next day, police said Officer Lynema brought back-up: His teammates surprised Thomas with another party — complete with a Krispy Kreme donut cake, presents and singing!

According to the post, the little boy said, “This is the best birthday ever!”

Police shared some photos of the get-together, and you can see a huge smile on the birthday boy's face.

Grand Rapids police ended their Facebook post with this:  “No kid should get bullied, and no kid should worry if anyone will come to the party. Next year Thomas Daniel, make sure you drop us that invite a little sooner. We wouldn’t want to miss it!”