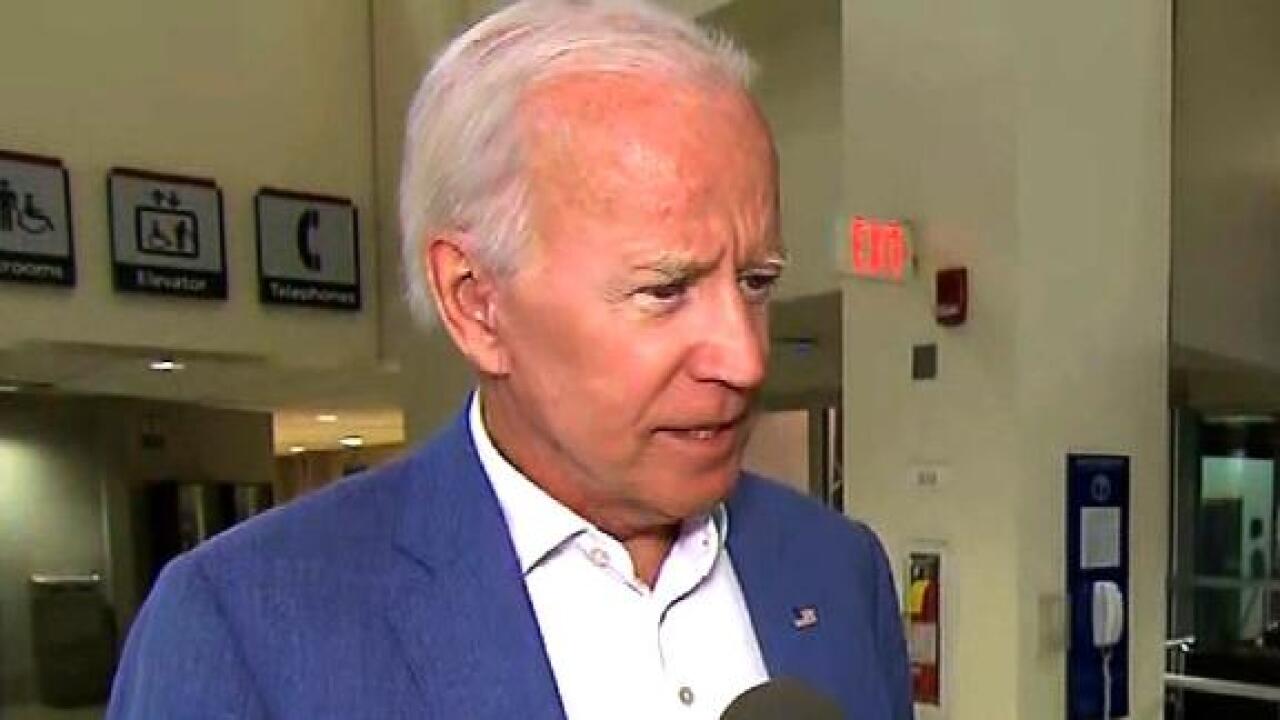 “I see that you are on the job and presidential, as always,” Biden tweeted in response to Trump’s tweet.

Biden says in the clip, “I shake hands, I hug people, I grab men and women by the shoulders and say, ‘You can do this,’ ” as an animation of the former vice president comes up behind him and grasps his shoulders. Trump captioned the video, “WELCOME BACK JOE!”

The back-and-forth comes as Biden and his team prepare for a potential bid to challenge Trump in 2020. Biden is expected to make an announcement about his plans this month.

During the 2016 campaign, at least 15 women accused Trump of misbehavior ranging from sexual harassment and sexual assault to lewd behavior around women. Most came forward in the wake of a 2005 “Access Hollywood” tape that was released in October 2016, in which he is caught saying on a hot mic: “And when you’re a star, they let you do it. You can do anything. … Grab them by the p****. You can do anything.”

Trump has repeatedly denied the allegations.

Biden currently faces allegations from multiple women that his physical behavior made them uncomfortable. Former Nevada state Assemblywoman Lucy Flores, the first woman to come forward, alleged that Biden had kissed the back of her head at a 2014 Nevada campaign rally, making her feel “uneasy, gross, and confused.”

In the full video of Biden addressing his interactions with voters — released after statements from both him and a campaign official — he emphasizes that he both wants to connect with people and understands changing social norms.

“I’ve never thought of politics as cold and antiseptic,” he said in the video, posted Wednesday. “I’ve always thought it about connecting with people, as I said, shaking hands, hands on the shoulder, a hug, encouragement, and now, it’s all about taking selfies together.”

“You know, social norms have begun to change, they’ve shifted, and the boundaries of protecting personal space have been reset, and I get it, I get it,” he added.