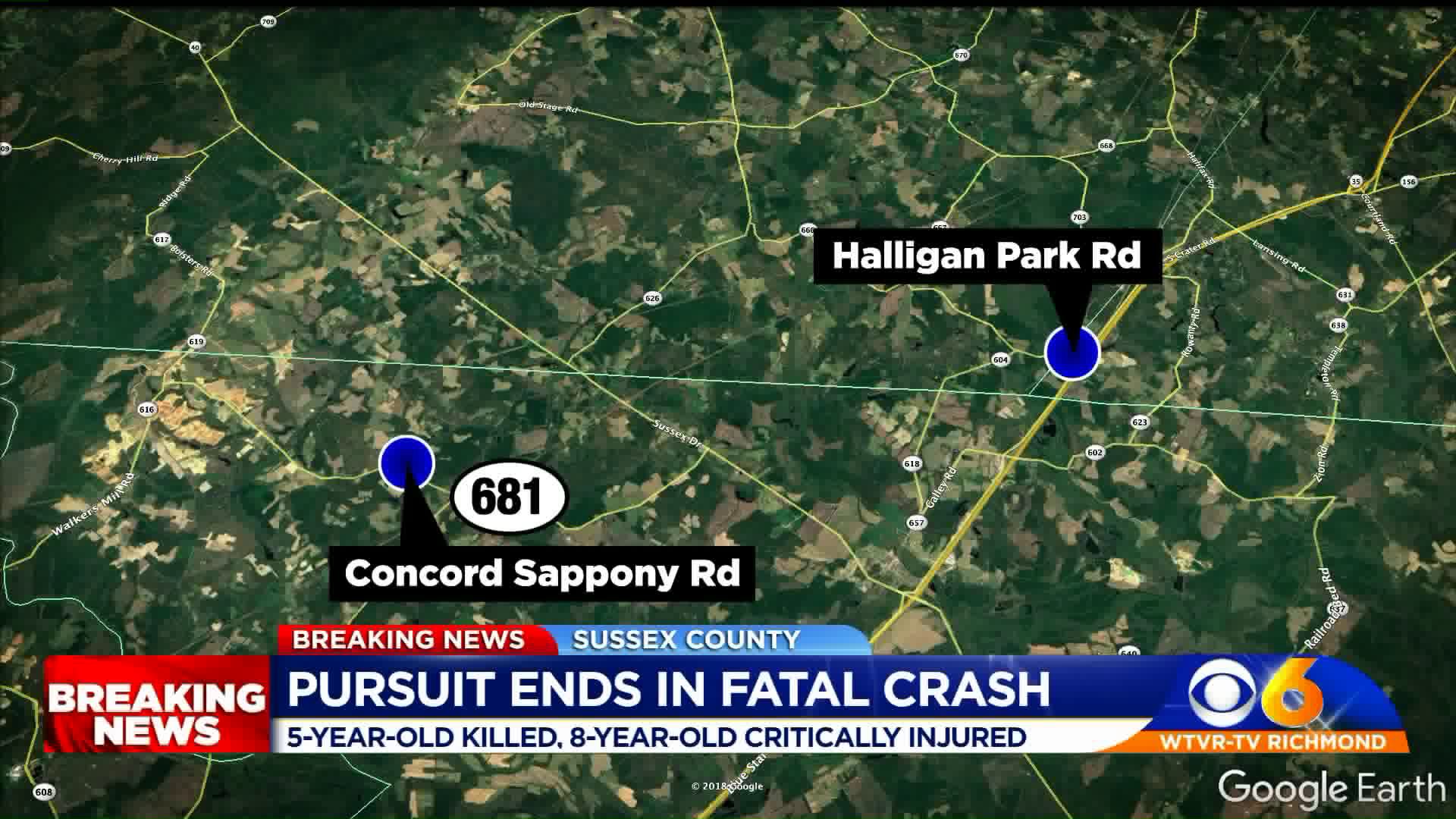 SUSSEX COUNTY, Va. -- Charges are pending against the suspect who led police on a high-speed chase that ended in a head-on crash that killed a 5-year-old girl and injured another child and woman in Sussex County Wednesday morning.

Corinne Geller with Virginia State Police said the incident started at 8:09 a.m. when a trooper spotted 29-year-old Toriando B. Smith of Petersburg in a Chevrolet Cruze speeding on Route 618 in Dinwiddie County.

"The trooper initiated his emergency lights and siren and initiated a traffic stop on the vehicle. The Chevrolet Cruze pulled over and stopped on the side of the road. But as the trooper approached it on foot, the Cruze pulled away and sped off," Geller said.

The trooper gave chase and the pursuit continued along Route 40 into Sussex County.

"The trooper lost sight of the Cruze, which was traveling in excess of 100 mph. As the trooper searched the area for the suspect vehicle, at approximately 8:15 a.m. he came upon a traffic crash on Route 681/Concord Sappony Road," Geller said.

That is where officials said the suspect hit a Chevrolet Impala head-on.

The driver of the Impala, 30-year-old Latonya S. Chandler from Stony Creek, was taken to Southside Regional Medical Center with serious, but non-life threatening, injuries.

A 5-year-old girl, who was transported to VCU Medical Center, succumbed to her injuries, officials said.

Officials said the impact of the crash caused the suspect's car to catch fire.

The trooper pulled Smith, who was the only person inside the car, from his burning vehicle, officials said.

Smith suffered serious, but non-life threatening, injuries and is being treated at VCU Medical Center in Richmond.

Officials said charges are pending against the driver.