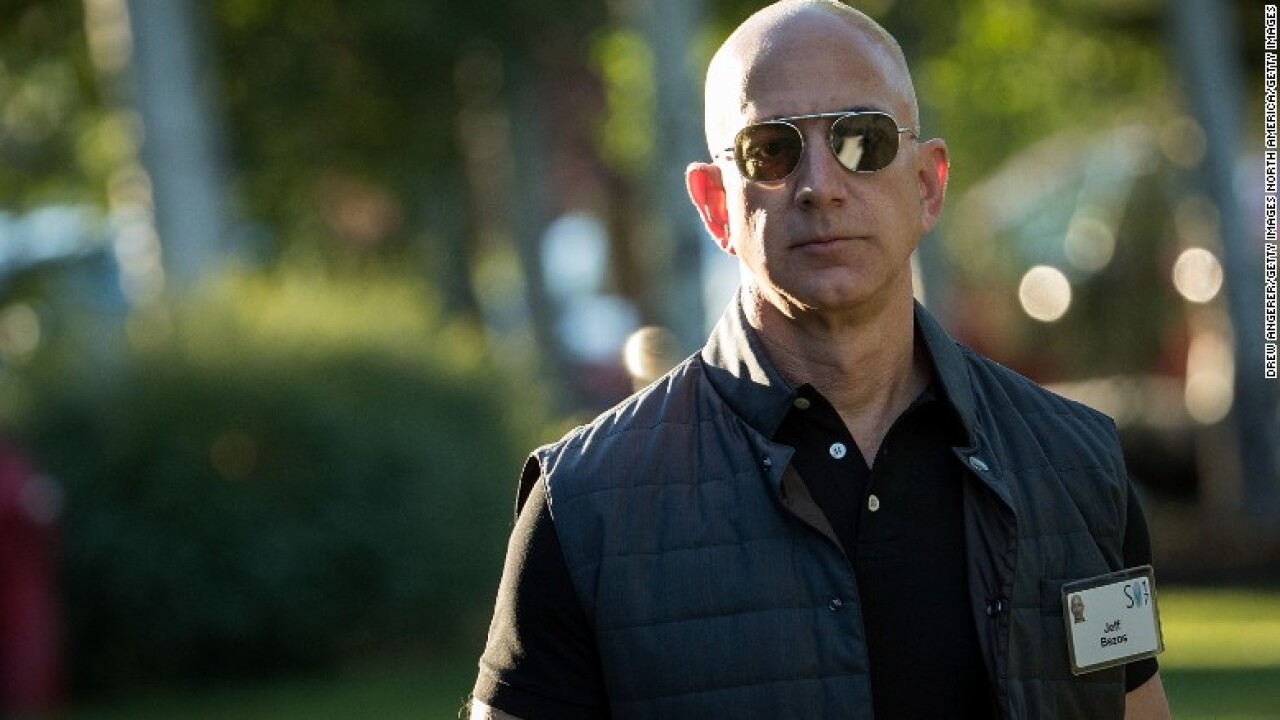 An investigator working for Jeff Bezos to find out how evidence of his extramarital relationship with Lauren Sanchez was provided to the National Enquirer now claims that Saudi Arabia had access to information before the photos and texts were leaked.

“Our investigators and several experts concluded with high confidence that the Saudis had access to Bezos’ phone, and gained private information,” Gavin de Becker wrote in an opinion article for the Daily Beast that was published Saturday. He did not offer concrete evidence supporting his allegations against the Saudi government. De Becker said that his findings have been turned over to federal officials and that he won’t share details of the investigation out of respect to those officials, adding “I intend today’s writing to be my last public statement on the matter.”

He added that it is not clear whether the National Enquirer’s parent company American Media Inc., or AMI, “was aware of the details.”

AMI responded to de Becker’s allegation in a statement to CNN Business on Sunday saying that it relied on one source, Sanchez’s brother, Michael Sanchez, for its story.

“Despite the false and unsubstantiated claims of Mr. de Becker, American Media has, and continues to, refute the unsubstantiated claims that the materials for our report were acquired with the help of anyone other than the single source who first brought them to us … there was no involvement by any other third party whatsoever.”

Saudi Arabia denies any relationship to the Bezos story, according to de Becker. Saudi Arabian officials and de Becker did not respond to CNN’s requests for comment regarding the op-ed over the weekend.

De Becker’s article raises the stakes surrounding the National Enquirer’s tabloid exposé of a romantic relationship between the billionaire Amazon CEO and Sanchez, a former anchor for Fox’s local station in Los Angeles. Bezos has implied that AMI tried to extort him to please the Saudi government — which allegedly has links to AMI and is upset with Bezos-owned Washington Post’s coverage of murdered columnist Jamal Khashoggi —or President Donald Trump. AMI says that’s not the case.

In the Daily Beast, de Becker wrote that he and his team spoke with current and former AMI executives and sources, Middle East intelligence experts, Saudi whistleblowers and dissidents, as well as current and former advisers to President Trump, among others, before reaching the conclusion.

Both Bezos and the Washington Post have been criticized repeatedly by the president, who has his own links to American Media.

AMI chairman David Pecker is a longtime friend of Trump’s, and the Enquirer was one of Trump’s most reliable and enthusiastic media boosters during the campaign. The publisher has admitted to making a payment of $150,000 in cooperation with members of Trump’s presidential campaign to prevent former Playboy model Karen McDougal’s claims of an affair with Trump from being made public during the 2016 race. Trump denied the affair.

Federal prosecutors ultimately struck a non-prosecution agreement with the publisher, effectively ruling out charges for AMI over its role in securing hush money from Trump’s personal lawyer Michael Cohen.

De Becker believes that the texts and photographs sent from Bezos and Lauren Sanchez were shared with the National Enquirer by Michael Sanchez.

But de Becker claims that the National Enquirer knew about the messages before approaching Sanchez. Sanchez told CNN Business that AMI was already pursuing a story about the relationship when it came to him. He added that “de Becker’s latest smoke-and-mirrors distraction ” contained “zero evidence.”

In its statement, AMI said that “the fact of the matter is, it was Michael Sanchez who tipped the National Enquirer off to the affair on Sept. 10, 2018, and over the course of four months provided all of the materials for our investigation.” The spokesperson added that Sanchez’s “continued efforts to discuss and falsely represent our reporting, and his role in it, has waived any source confidentiality.”

De Becker argues that the first source is the Saudi Arabian government. He said that the Saudi leadership wanted to harm Bezos because of the Washington Post’s coverage of Khashoggi’s death. Khashoggi, who had been critical of Saudi Arabia and Saudi Crown Prince Mohammed Bin Salman, was killed and dismembered in the Saudi Arabian consulate in Istanbul in the fall.

The Saudis have presented shifting stories about Khashoggi’s fate, initially denying any knowledge before arguing that a group of rogue operators, many of whom belong to bin Salman’s inner circle, were responsible for the journalist’s death. Riyadh has maintained that neither bin Salman nor King Salman knew of the operation to target Khashoggi. US officials, however, have said such a mission — including 15 men sent from Riyadh — could not have been carried out without the authorization of bin Salman.

The Washington Post has been closely covering the incident, and Bezos was the target of a pro-Saudi campaign wielded by Saudi social media users and a Saudi journalist in the wake of Khashoggi’s death that called for a boycott against Amazon and Souq, an e-commerce site owned by Amazon.

Bezos himself called attention to the connection between AMI and Saudi Arabia in an explosive blog post he published to Medium in February accusing AMI of trying to blackmail him with proof of the affair.

In the post, Bezos noted that AMI has been investigated “for various actions they’ve taken on behalf of the Saudi Government.”

He pointed to an Associated Press story about AMI’s publication of a glossy magazine celebrating Crown Prince Mohammed bin Salman’s visit to the United States in April 2018. AMI denied that Saudis had directed the magazine’s production or paid for it, but the AP reported that three weeks before the prince’s arrival, the media company sent a copy to the Saudi embassy, where it circulated among officials who then shared it with Washington foreign policy contacts. AMI said it didn’t share an advance copy of the report with the Saudis, AP said in their story.

De Becker also referred to the story as evidence of a connection between AMI and the Saudi government.

Saudi Minister of State for Foreign Affairs Adel al-Jubeir has in the past denied any connection between his country and AMI to CNN.