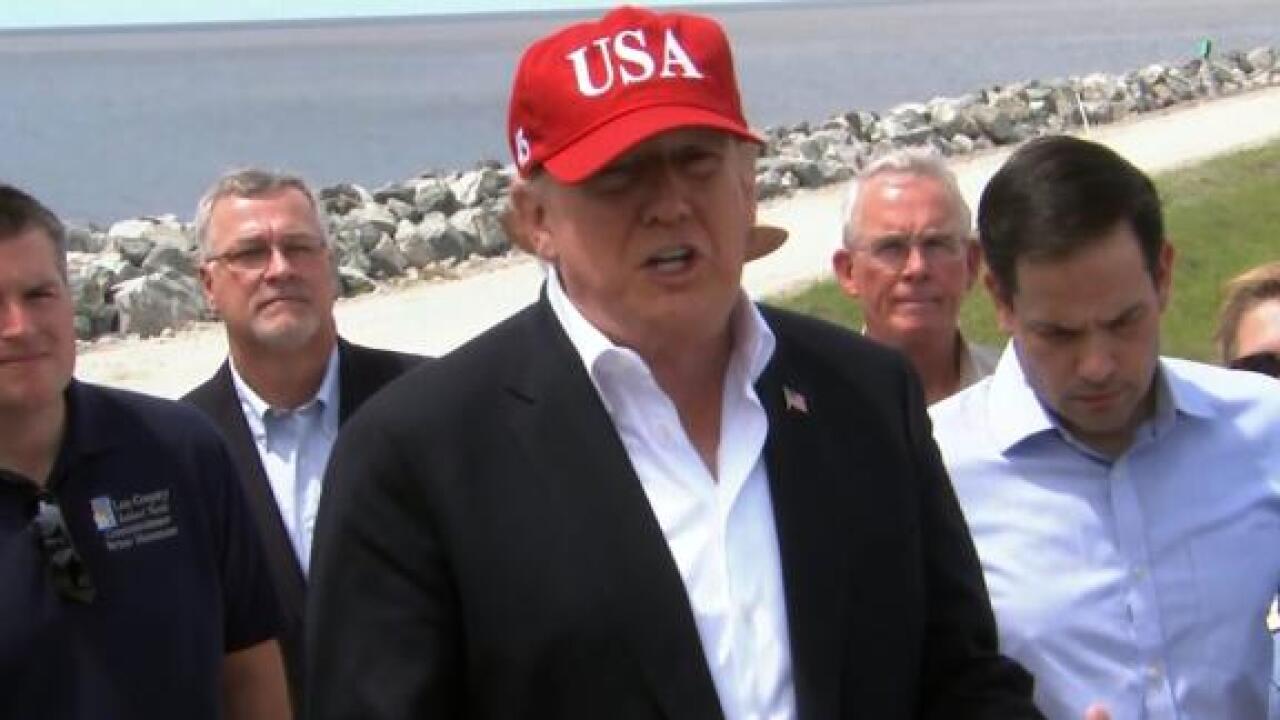 PALM BEACH, Fla. — President Donald Trump on Friday repeated his threat to close down the border between the United States and Mexico, but this time he noted he would act next week if Mexico doesn’t step up.

“If Mexico doesn’t immediately stop ALL illegal immigration coming into the United States throug (sic) our Southern Border, I will be CLOSING the Border, or large sections of the Border, next week,” he tweeted.

The tweets follow a period in which the Department of Homeland Security and border officials have said their resources have become strained.

Earlier this week, Customs and Border Protection Commissioner Kevin McAleenan said the “breaking point has arrived” for the US immigration system.

Over the last two weeks, Customs and Border Protection announced that they will be releasing migrants in Arizona, as well as the Del Rio sector and Rio Grande Valley region of Texas. And more people are expected to be apprehended at the border in March than any month since 2008, CBP says.

After arriving in Florida Friday afternoon, Trump said he could close the border to trade for a “long time” and insisting the US had run out of detention space for undocumented immigrants.

“We have the weakest, most pathetic laws,” Trump said, threatening to close the border if two current caravans of migrants cross into the US.

“We have run out of space. We can’t hold people anywhere. Mexico can stop it so easily,” Trump said.

What does ‘closing the border’ mean?

So far, the plan Department of Homeland Security says it will commit to is pulling some officers from legal ports of entry to help with the influx of migrants crossing illegally, a senior department official told reporters on Friday. This plan will not fully close ports on the southern border as of now.

The Department of Homeland Security is moving officers from its ports to help with the mission between ports, which will result in slow downs, said the official.

But the official said full closure of ports of entry is “on the table.”

“It’s short at the moment of full closure of any port, we will continue to operationally assess what is needed. But I think what the President is making clear, is with these numbers, if we have to close ports to take care of all of the numbers who are coming, we will do that, so it’s on the table,” the official said. “But what we are doing is a very structured process based on operational needs to determine how many additional personnel we can pull from other duties to address the crisis between the ports.”

Will closing the border stem the flow of migrants illegally crossing into the US?
The DHS official said collaboration with Mexico and shifting resources might start to stem the flow.

However, part of the crisis at hand appears to be the number of individuals and families seeking asylum in the US. Often times, asylum seekers will cross illegally into the US awaiting to be found and processed by a border agent. More personnel between ports of entry may allow more visibility to catch these migrants once they’ve crossed, but it’s unclear whether their presence will make them more likely to avoid crossing in the first place.

It’s also unclear whether the closure be limited to individuals crossing into and out of the US. If it includes cross-national trains and trucks importing and exporting goods with Latin America, a closure could pose a major threat to international commerce.

Will Trump make good on his threat?

The President seems to be hinting at news to come during a border press event in the coming weeks, at least that’s what he told Fox News host Sean Hannity earlier this week.

He also teased the visit at a rally in Michigan on Thursday.

But Trump has threatened to close the southern border prior to Friday’s ultimatum, and he hasn’t exactly followed through with it.

Trump tweeted in December that the US will be “forced to close the Southern Border entirely if the Obstructionist Democrats do not give us the money to finish the Wall & also change the ridiculous immigration laws that our Country is saddled with.” But he didn’t close the border then.

And last November, a major US-Mexico border crossing in San Diego was closed for hours after a group of hundreds of migrants on the Mexican side rushed the border area, leading US Border Patrol agents to fire tear gas at the group.

The President said at the time that “if we find that it’s uncontrollable” or it gets to a point where “our people are going to start getting hurt, we will close entry into the country for a period of time until we can get it under control.”

But again, he didn’t make good on the threat at the time.