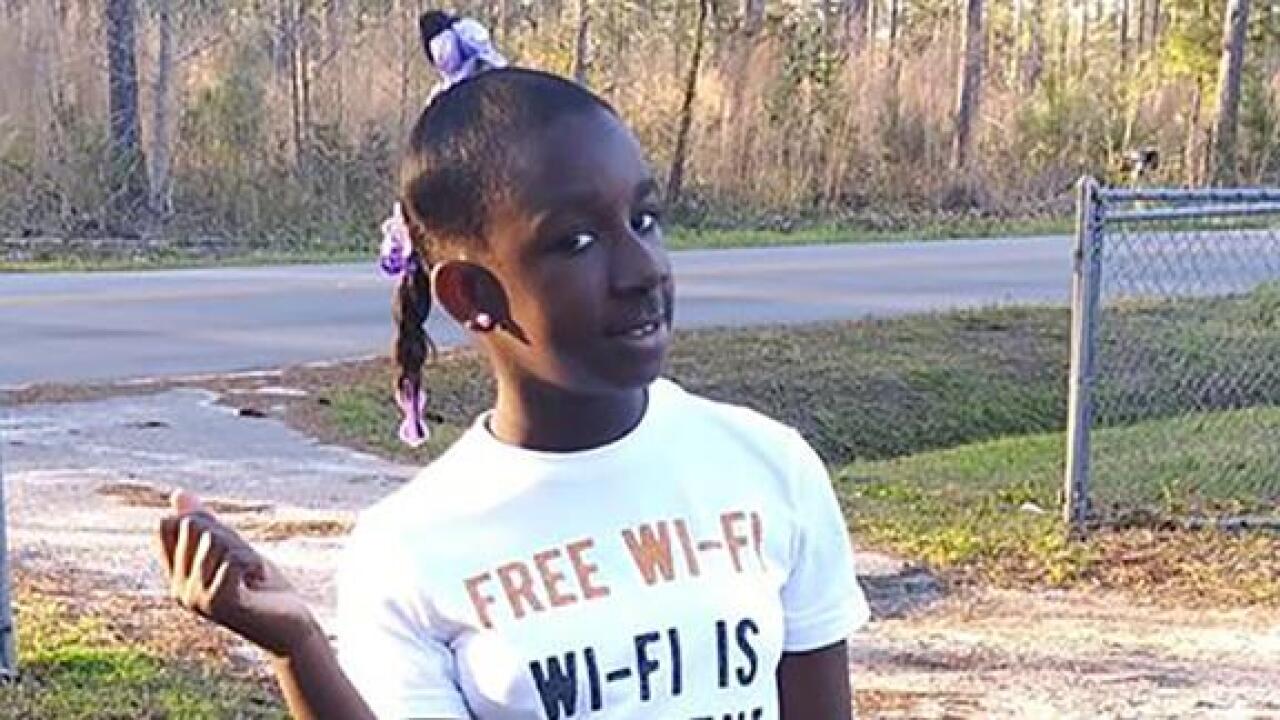 Hundreds clasped hands and prayed during a vigil for Raniya Wright, a fifth-grader who died this week after a fight at her elementary school.

Pink stuffed animals were laid Thursday at the entrance to Forest Hills Elementary School by residents of Walterboro, South Carolina, about an hour’s drive west of Charleston.

Raniya’s grandfather described her as a young girl who would not be involved in violence.

“I just want to say one thing: that my granddaughter, she was a good girl. You know, she was, like, 10 years old, and for as what kind of person she was, she was an usher in the church. Very much, you know … she just, just good to go,” Ernie Wright told CNN. “I mean, as far as violence or anything like that, she never would do that.”

A GoFundMe account set up to raise $45,000 in donations for the Wright family had surpassed its goal by Friday morning.

As Raniya’s family continues to grieve and the town of 5,100 residents remains in shock, there are many unanswered questions. An autopsy is scheduled for Friday, the sheriff’s office said.

Here’s what we know — and don’t know — about the young girl’s death:

She suffered serious injuries when a fight broke out Monday in her classroom, school officials said. She was taken to the school nurse’s station and paramedics took her to a nearby hospital. Later, she was airlifted to the Medical University of South Carolina in Charleston, where she died Wednesday.

Two students were in the fight

The students involved in the fight were fifth-graders, the Colleton County Sheriff’s Office said.

Raniya was not injured with a weapon

Authorities described the fight as a “physical altercation” and said no weapons were involved.

No one has been arrested

A student at Forest Hills Elementary School has been suspended, school officials said. It’s unclear whether that student was involved in the fight.

There have been no arrests, and authorities have not filed any criminal charges in connection with Raniya’s death, the sheriff’s office said.

The school board isn’t saying much

The Colleton County School Board made its first comments about Raniya’s death following a special meeting Thursday to discuss the incident, CNN affiliate WCSC reported.

However, attendees were angered and disappointed to get few details about the incident, according to the station.

“Our board and district have received multiple requests for information. Due to the ongoing investigation and student privacy laws, we cannot share specific details at this time,” School Board Chairman Tim Mabry said in a prepared statement, according to WCSC.

What we don’t know

The exact manner of Raniya’s death

More details about how Raniya died could be revealed after an autopsy is performed on Friday.

What sparked the fight

What happened during the fight

School officials said they stopped the fight but did not specify how long the students fought. Authorities have not said how exactly Raniya got injured.

When paramedics arrived to the school, Raniya was unconscious in the school nurse’s station, according to a sheriff’s office incident report. She was taken to a local hospital, then airlifted to a Charleston hospital. The type and extent of her injuries were not detailed by officials, nor was the reason she was taken to a second health care facility.