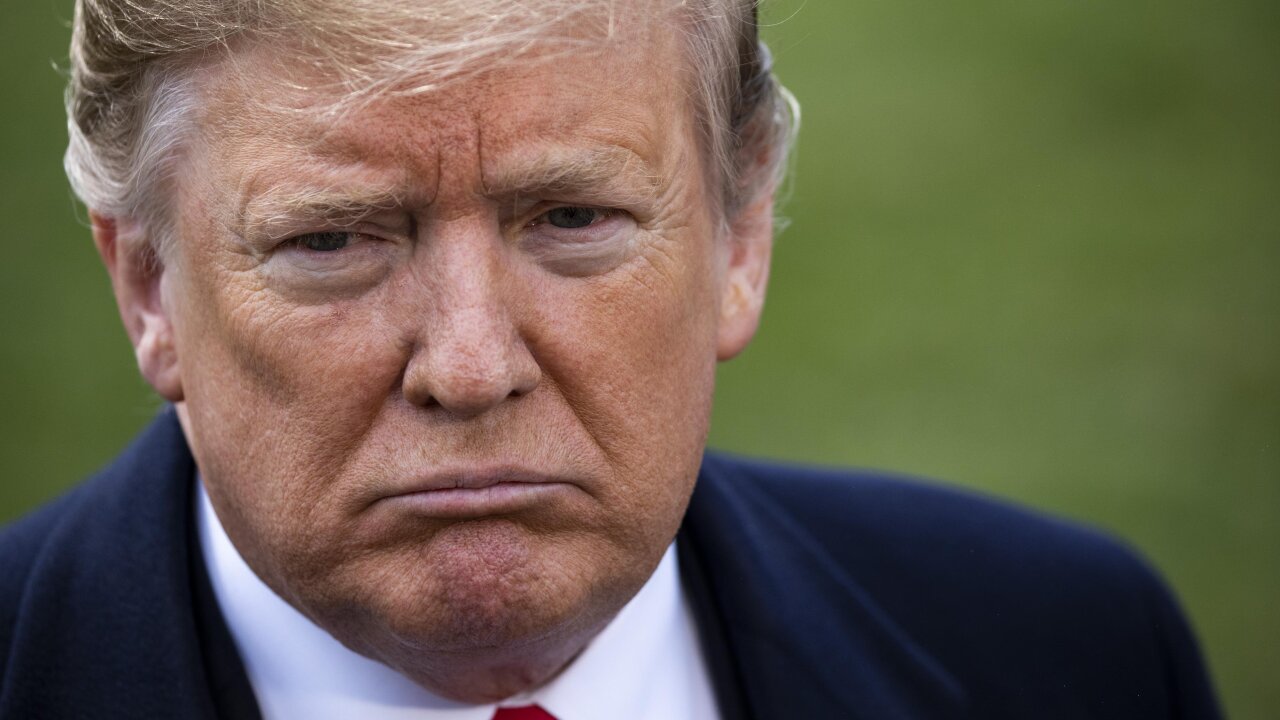 The decision hits a Labor Department rule designed to make it easier for small businesses to band together and buy health insurance in so-called association health plans — one of the Trump administration’s initiatives to weaken Obamacare by offering alternatives to the exchanges.

The order, Trump said at the time, would give “millions of Americans with Obamacare relief.”

But in Thursday’s decision, Judge John Bates of the US District Court in the District of Columbia disagreed, saying the goal of the association health plan, or AHP, rule was to allow participants to avoid certain Obamacare regulations.

“The final rule is clearly an end-run around the ACA,” Bates wrote. “Indeed, as the President directed, and the Secretary of Labor confirmed, the final rule was designed to expand access to AHPs in order to avoid the most stringent requirements of the ACA.”

The rule Bates struck down stemmed from an executive order President Donald Trump issued in the fall of 2017 after congressional efforts to repeal Obamacare fell apart.

The executive order was designed to increase competition and choice with the goal of lowering prices, mainly by increasing the availability of cheaper plans that don’t have to adhere to all of Obamacare’s regulations.

These policies, however, could destabilize Obamacare by siphoning out younger and healthier Americans who don’t need the comprehensive coverage offered in Affordable Care Act plans.

The ruling caps a whirlwind week for the Trump administration and its efforts to tear down Obamacare. On Monday, the Justice Department said the entire Affordable Care Act should be struck down in a filing with a federal appeals court, a dramatic reversal of a stance it took last year. And on Wednesday, a federal district court judge blocked the administration’s efforts to allow states to impose work requirements on Medicaid recipients. Trump now says that his administration will roll out a new health care plan this year.

In the most recent case, attorneys general in 11 states and the District of Columbia filed a lawsuit, arguing that the rule violates both the Affordable Care Act and the Employee Retirement Income Security Act, which governs employer plans.

“This court victory proves again that just because President Trump doesn’t like the Affordable Care Act, his administration cannot get away with illegal maneuvers to ignore the law,” said Pennsylvania Attorney General Josh Shapiro, one of the officials who brought the suit.

The Labor Department referred a request for comment to the Justice Department, which said it disagrees with the court ruling and is considering “all available options.”

“The administration will continue to fight for sole proprietors and small businesses so that they can have the freedom to band together to obtain more affordable, quality healthcare coverage,” a Justice Department spokesman said. “The Association Health Plan rule opened healthcare options for dozens of associations representing thousands of small businesses and sole proprietors and provided them with access to the same type of affordable healthcare options offered by other employers.”

The Labor Department rule, which was finalized last June, allows small businesses and some self-employed folks to join together based on their industry or location to buy coverage. That frees them from having to adhere to some of Obamacare’s rules, particularly the one requiring insurers to offer comprehensive coverage.

The associations are allowed to base an employer’s rates on the gender, age and industry of its workers, which could leave firms with many younger men paying less, but those with older workers and women saddled with higher premiums.

Currently, the Affordable Care Act bans insurers from basing small businesses’ premiums on gender or industry and limits the amount that can be based on age. However, plans are not allowed to set premiums based on workers’ health status, which critics of the executive order had feared.

Some 3.2 million enrollees in Obamacare’s individual and small group markets could shift their coverage to these new policies, according to an analysis by Avalere Health, a consulting firm. Losing those enrollees could prompt insurers to raise rates by 3.5% on the Obamacare individual market and 0.5% in the small business exchanges.

Those buying association health plans could see their premiums drop $9,700 a year compared to the individual market and $2,900 a year versus the small business exchanges. That’s largely because the plans will offer less generous benefits and have healthier enrollees, according to Avalere.

“They have provided a means by which broad benefits may be accessed at more economical prices,” Coleman said.

After Republican lawmakers failed to dismantle Obamacare in 2017, the Trump administration took matters into its own hands. It has been issuing a series of rules and guidance that aim to undercut the landmark health reform law.

In addition to expanding association health plans, the administration also made it easier to buy short-term plans, which also don’t have to adhere to all of Obamacare’s rules. Officials have also sought to allow states to make changes to the law in their states, including imposing work requirements on those who gained coverage through the Affordable Care Act’s Medicaid expansion provision.