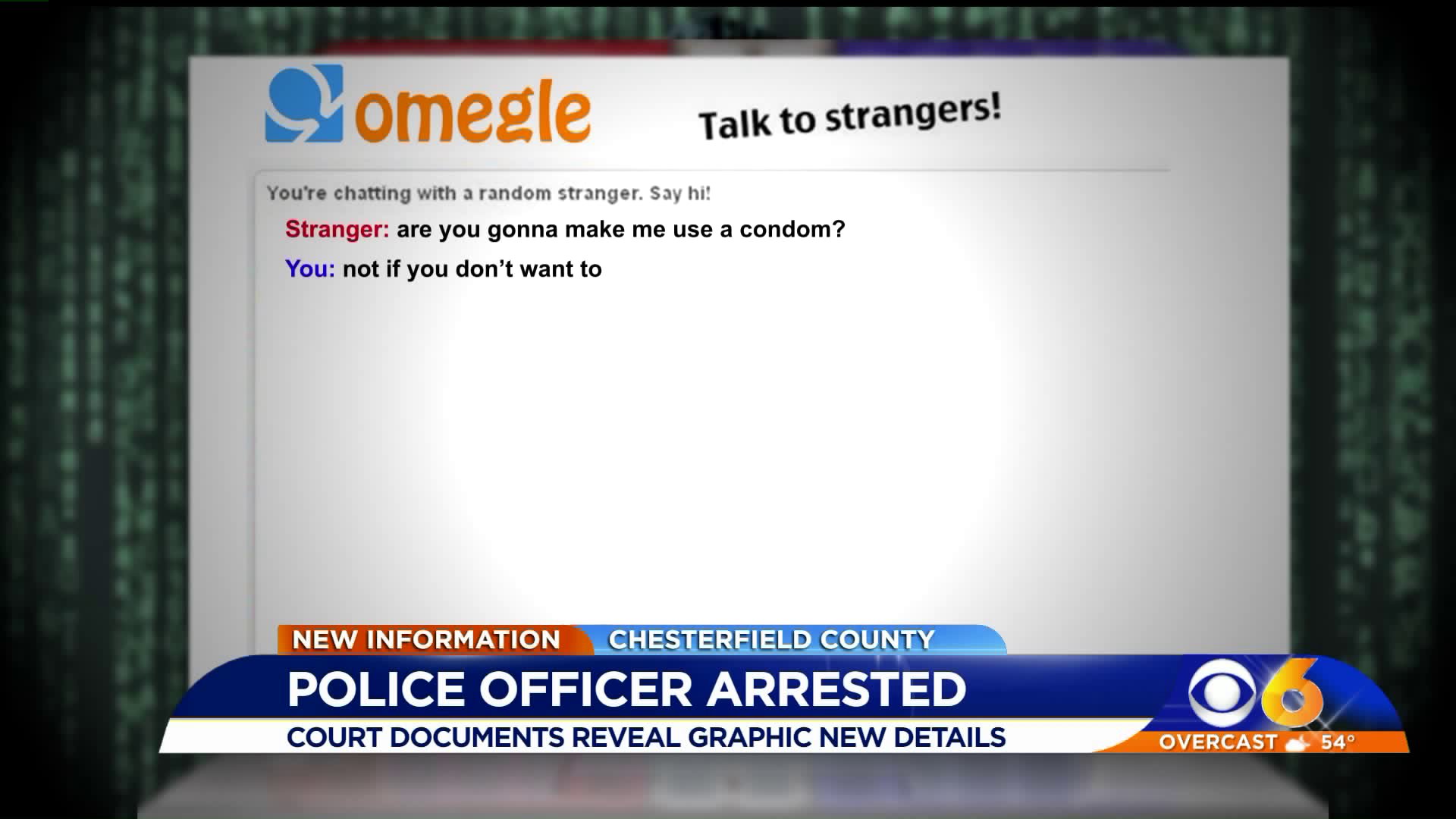 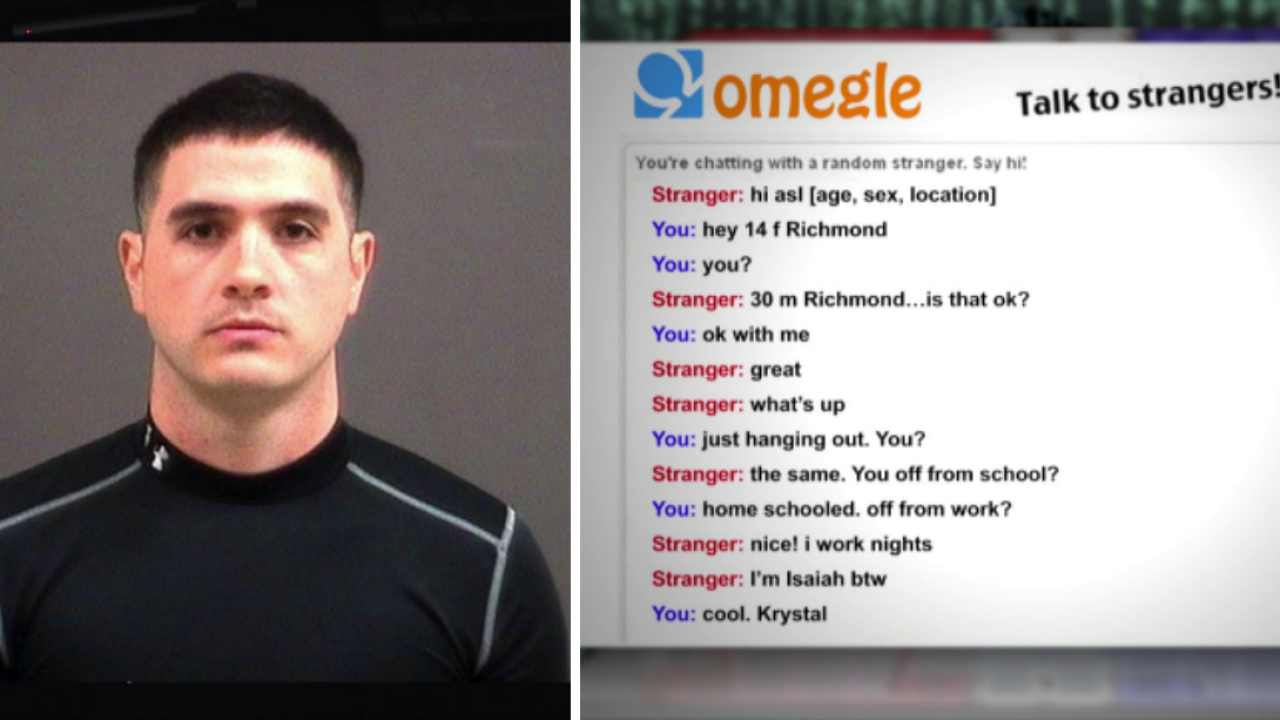 CHESTERFIELD COUNTY, Va., -- A search warrant obtained by CBS 6 revealed the text conversation a Chesterfield Police officer had with who he thought was a teenage girl.

Steers-Smith is accused of soliciting a sexual encounter with a task force officer who was posing as a minor online. He has been charged with three felony counts of use of a communications system to facilitate certain offenses involving children.

Included is the lengthy conversation that Steers-Smith allegedly had with the undercover officer on "the web-based anonymous chat site Omegle.com. The undercover persona used was a 14-year-old female that was named 'Krystal.'"

The often-times graphic and explicit conversation occurred just before noon on March 18.

Steers-Smith first asks for the age, sex and location of who he is chatting with, in which the undercover officer responds "14 f Richmond," according to the affidavit.

He allegedly then responds "30 m Richmond...is that ok?"

The conversation quickly switches the topic to a sexual nature where the search warrant showed Steers-Smith asking the minor, "tell me how old you were the first time you did anything sexual..." 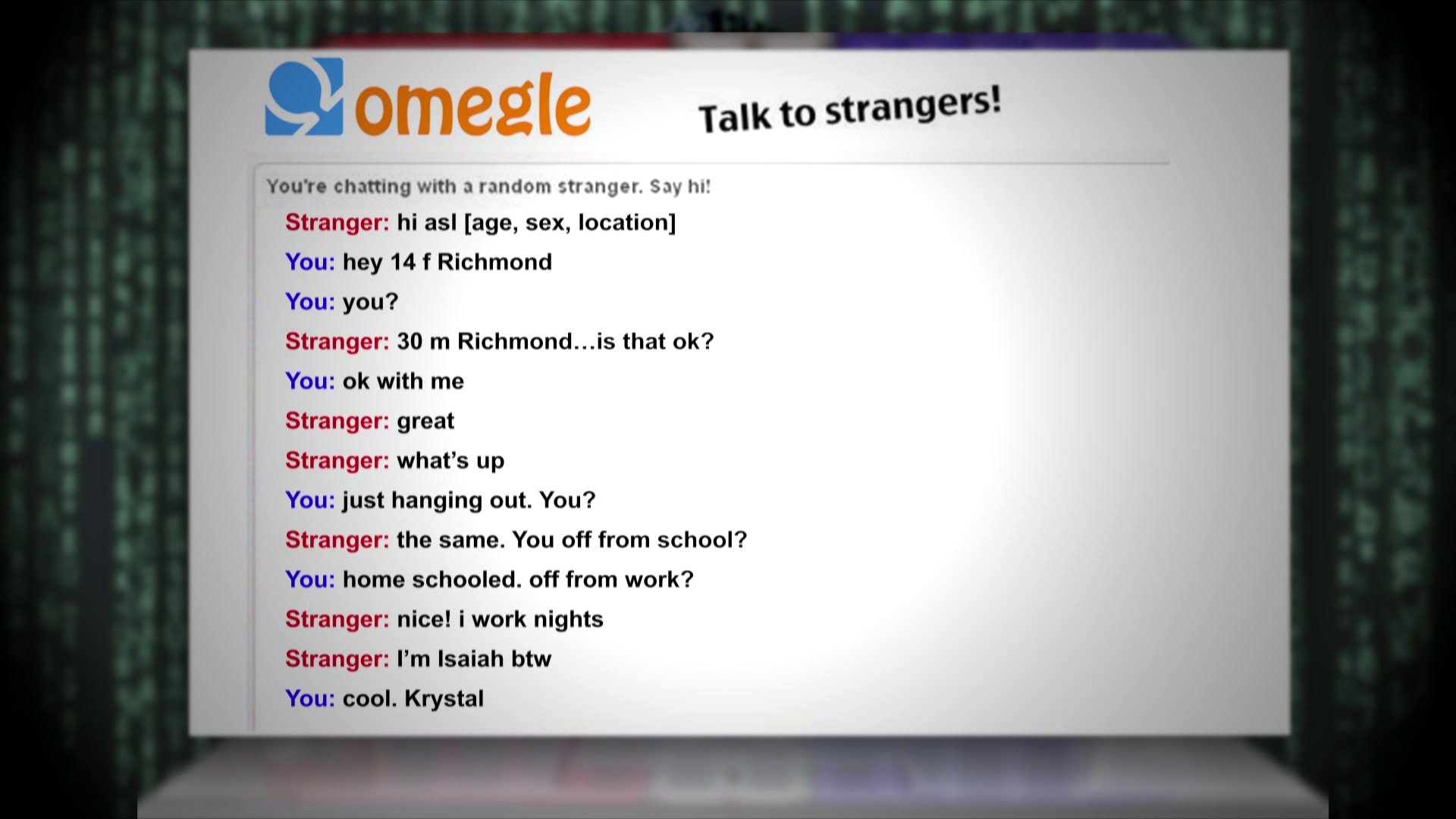 The chat shortly ends after the suspect says, "oh and you asked where we would do it...ideally on your bed. But if that's too risky, I'll rent a room at a hotel."

The affidavit showed investigators were able to link an IP address to Steers-Smith's North Chesterfield home that he shares with his wife.

The search warrant later stated that "Inv. Claytor" sent a Snapchat to "studlee189 provided in the Omegle chat with the suspect" asking if he remembered chatting with "Krystal."

"The suspect responded and sent a partial photograph of himself wearing a yellow t-shirt with a sunburst/white design," according to the affidavit.

On the day Steers-Smith was arrested, investigators with the search warrant seized from his home: Asus and Samsung laptops, seven thumb drives, a CD, yellow shirt, Sony and Nikon cameras, an external hard drive, and Think Pad laptop.

Steers-Smith is a patrol officer who has been with the Chesterfield Police Department since May of 2017.

Chesterfield County Police Chief Col. Jeffrey Katz says the department is in the process of terminating his employment.

“I am both disturbed and disgusted by the actions alleged and I want to say clearly and unequivocally that there is no place for such conduct by anyone in our agency, in our profession, or frankly in our community,” Katz said during a press conference the day the officer was arrested.

Per state law, the officer will have a five day due process period to respond to the charges against him.

Prosecutors said they were worried the defendant may have actual victims outside of his online interactions.

Steers-Smith's attorneys presented several letters of support for him, but the judge still denied bond.

Investigators planned to search his cell phone on Friday.

Ali Amirshahi, a Richmond defense attorney who isn't connected to the case, believed his defense as a tough road ahead.

"I think the investigator covered all of his bases and it’s a strong case for the Commonwealth," Amirshahi stated. "I'd be preparing my client for a rough outcome."

Abraham Del Rio, who is representing the suspect, declined to comment after court.

Steers-Smith is being held at the Pamunkey Regional Jail where be held without bond until his next court appearance on May 10.

If convicted, he faces a minimum of fives years in jail up to a maximum of 30 years.

Anyone with additional information about this case is asked to contact the Hanover County Sheriff’s Office at (804) 365-6140 or the Metro Richmond Crime Stoppers at (804) 780-1000. Citizens can also download the “P3 Tips” app for their mobile devices to submit their tip. Both Crime Stoppers methods are anonymous.